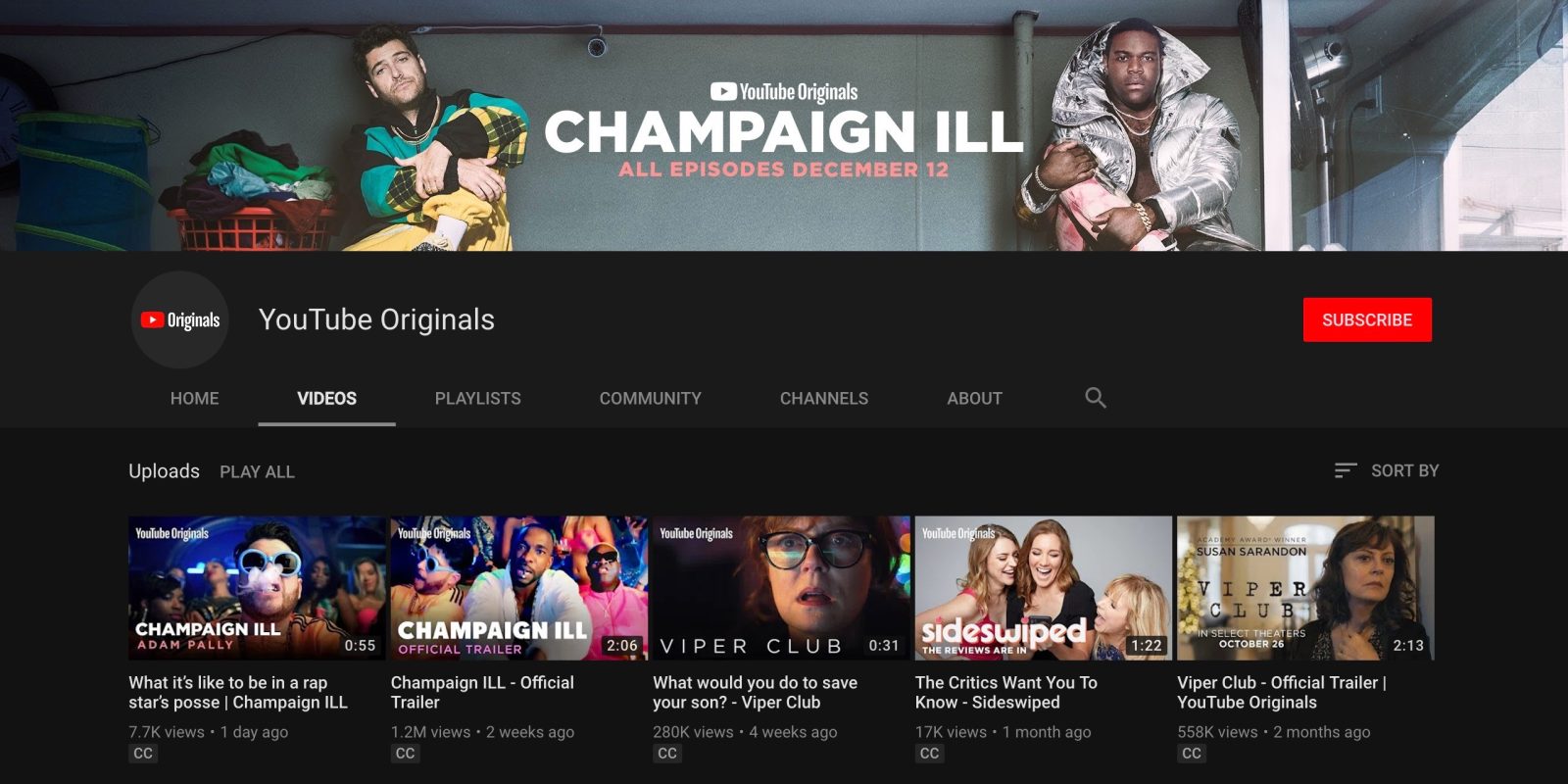 Announced in May, the relaunched YouTube Music and rebranded Premium began widely rolling out a month later to several countries. Besides ad-free videos, a big part of the latter experience is access to YouTube Originals. However, the Google site will be moving to an ad-supported model for original content going forward.

According to The Hollywood Reporter, YouTube is “shifting its strategy” and possibly making premium content free to watch. Bloomberg reported in February that the Google division was capping the content budgets for YouTube Originals.

Today’s report alleges that YouTube is going a step further by scaling back original content in 2020. As is, YouTube spending on original content is the hundreds of millions annually compared to several billion by Amazon and Netflix.

Current shows are still in the pipeline, including second season renewals for many that premiered just this year including Impulse and Cobra Kai.

Update: YouTube confirmed to Variety that the “next phase of [its] originals strategy will expand the audience of our YouTube Original creators.” This ad-supported model will be in effect by 2020, with some existing shows still behind a paywall until then.

The second big change involves making those in-development shows free to watch as part of a return to YouTube’s tried-and-tested strategy of ad-supported content. In practice, this might involve releasing episodes every week and providing an option to binge all of them by subscribing to YouTube Premium.

The video site has already experimented with this in the past, as well as another option that sees subscribers get an extended cut of movies.

According to The Hollywood Reporter, YouTube is apparently in the process of contacting showrunners about the change, with some creative teams considering it a “serious budget reduction.”

This pullback could signal how YouTube is having trouble offering paid subscriptions. With the rebranding from YouTube Red, Google slightly raised prices on the YouTube services. Meanwhile, YouTube TV this year also got a price increase, though that coincided with more channels being added.

Meanwhile, another recent example of ad-supported content is YouTube making Hollywood movies free to watch. In October, 99 films of varying critical acclaim were uploaded and include ads during the runtime. YouTube speculated how in the future advertisers could sponsor other movies on YouTube and make them free for a limited duration.