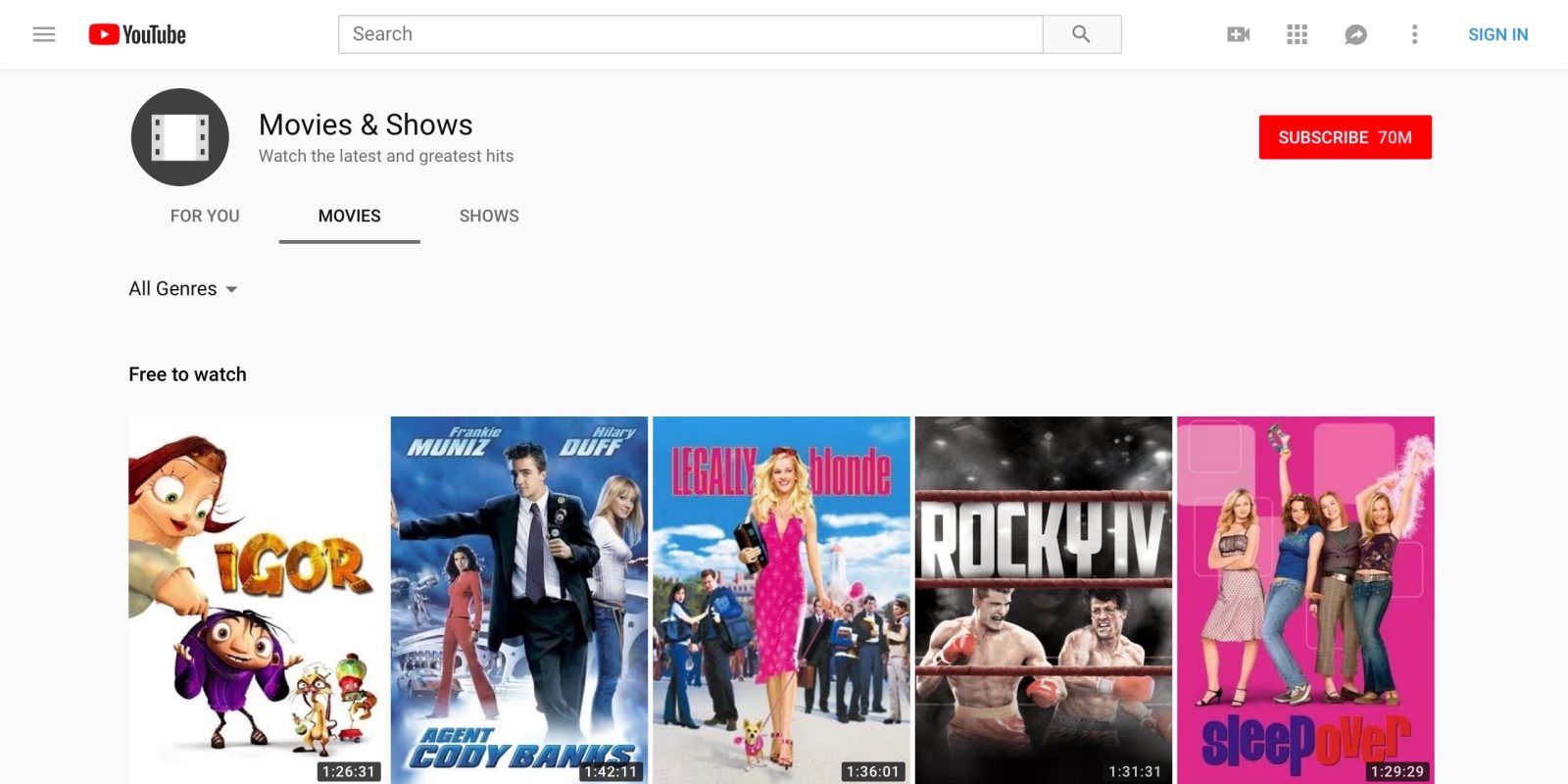 While YouTube has recently been pushing users to music and video subscriptions, as well as supporting favorite channels, the Google company is still introducing new ad-supported options. The video site in October started streaming movies like the “Terminator” and “Rocky” for free, but with occasional advertising.

As spotted by AdAge, YouTube last month made about 100 Hollywood titles “Free with Ads” — as they are officially labeled. Notably, this green denotation only appears in certain places on YouTube, like the right-column of “Up next” video suggestions. Elsewhere, like in Search, there is no indication that the movies are free to watch.

It is indistinguishable from the other movies that users have long been able to purchase and own. Uploaded by the official “YouTube Movies” channel that currently has 70 million subscribers, paid “New releases” are still shown first.

However, there is a carousel below it called “Free to watch.” A dedicated page allows users to “View all,” with the ability to sort by genre. There are currently 99 films to watch that greatly range in quality.

Blockbuster titles include “The Terminator“and the entire original “Rocky” series to documentaries like “Jiro Dreams of Sushi.” There are also a handful of kids movies like “All Dogs go to Heaven” and “Agent Cody Banks.”

There are a handful of ads during the 90+ minute duration of any movie, with the arrangement similar to some longer videos on the service. It’s unclear how often YouTube will swap out the selection or even selects films to be featured, but it’s not too different from the free ad-supported section of Vudu.

YouTube did not disclose the advertising revenue split with studios to AdAge, but notes the future monetization potential. At the moment, ads are from the same pool that appear in every other YouTube video. However, Rohit Dhawan, a director of product management at YouTube, speculates of companies in the future sponsoring individual movies and other opportunities.

For regular YouTube users, this makes the video site another place to frequent for free content. However, for YouTube Premium subscribers, the offering got better, since there are no ads on these 99 films. 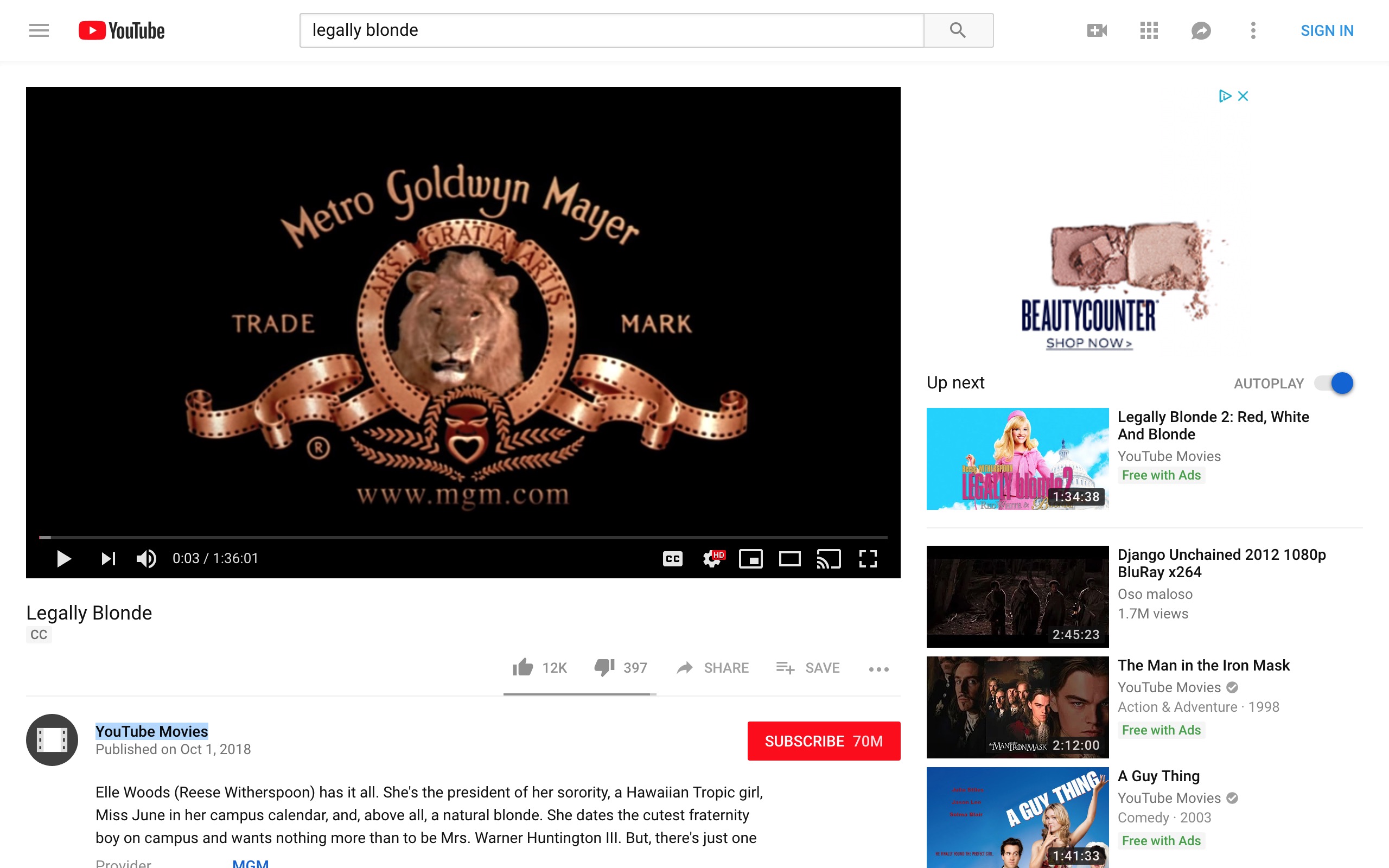