Following the rollout of Apple TV, Roku, and other streaming device apps, YouTube TV this month is set to add a number of major channels and more markets. However, as a result, there will be an upcoming price increase for new subscribers next month.

Meanwhile, on the sports front, the cord-cutting service is gaining nationally televised NBA games, All-Star weekend, Playoffs, and the NBA TV channel. Baseball is adding the MLB Network and MLB Postseason games. Other additions include UEFA soccer and the PGA Championship.

NBA League Pass and MLB.TV will also be available for an additional monthly fee, like Showtime and Fox Soccer Plus. 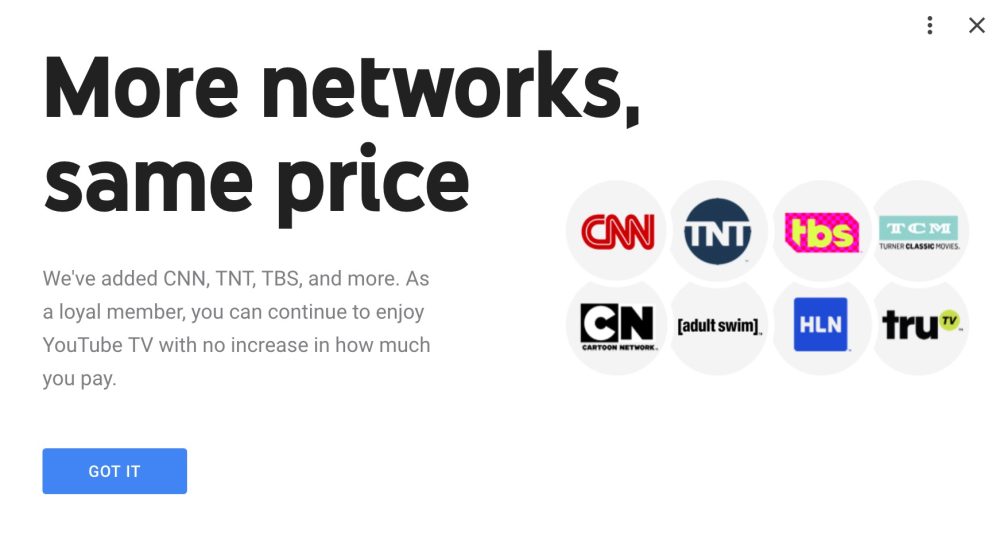 This increases availability to over 100 cities, with the subscription featuring six user accounts and unlimited DVR, with apps for the web and mobile.

The new channels will come with a price increase, but only for new subscribers next month. Sign-ups until then are still $35, but will jump to $40 after March 13th.