The Play Store has a problem with spam, there’s no way around it. With causes ranging from apps that borderline beg users for reviews and companies that pay for fake reviews, it’s obvious something needed to be done. This year, Google has acknowledged all the spam and finally has begun to do something about it by creating a machine-learning-powered anti-spam system to remove fake reviews from the Play Store.

In a new blog post, Google details the new system and its effectiveness. In a single week, the anti-spam system was able to remove millions of fake reviews and use the information from fake and suspicious reviews to remove thousands of bad apps from the Play Store.

To make this possible, Google has tapped into its vast machine learning experience to differentiate honest, genuine reviews from fake or profane ones. The system is also built to detect suspicious increases/changes in reviews on an app.

For example, a developer may violate the Play Store policies by offering users an incentive (such as a discounted or free in-app item) in exchange for a good review. This would likely lead to a major uptick in less-than-honest reviews from users more interested in their reward. 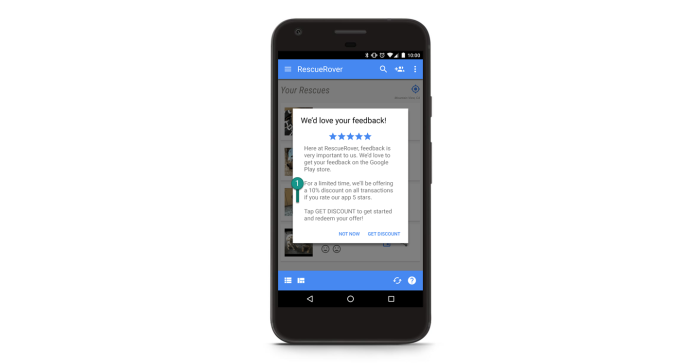 Such a system, having the power to remove apps from the Play Store altogether (and possibly ban Play Store Developer accounts), needs to have checks and balances. Google thought ahead about this by having “skilled reviewers” (see: humans) double-check the quality of the system’s decisions and adjust accordingly.

While there will certainly never be a perfect solution to spam, this seems like the perfect application for Google’s machine learning, and we’ll likely continue to see review spam decrease as the system learns.