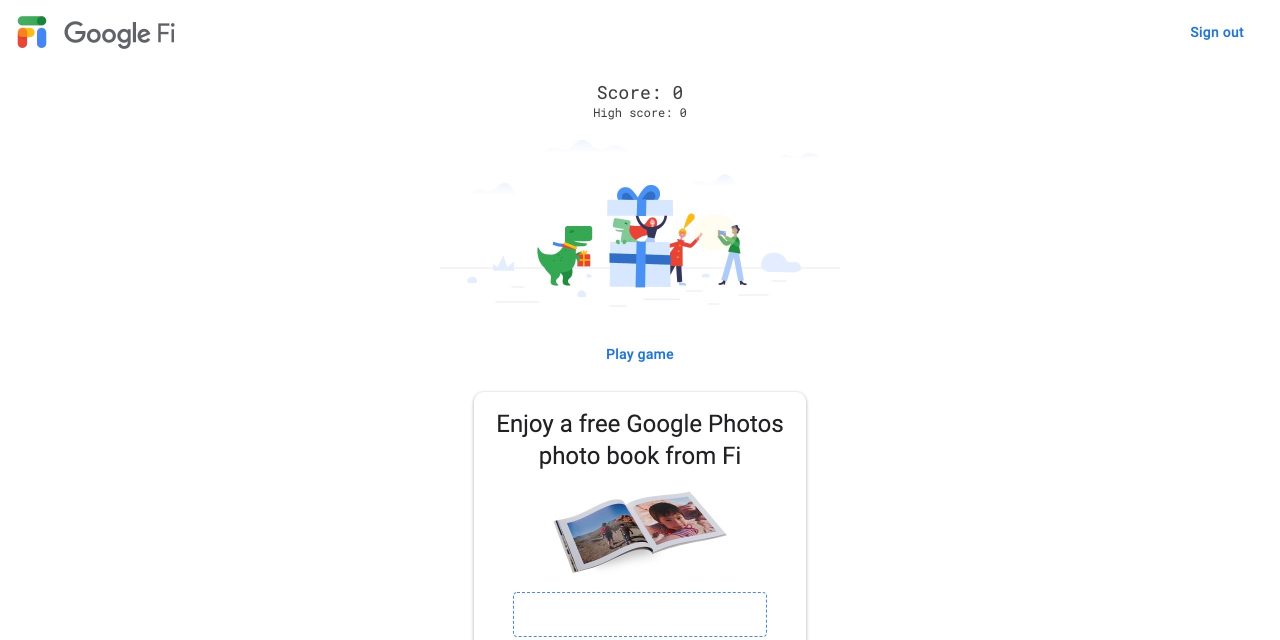 Google Fi has had a big month — if not year — after dropping its “Project” status and expanding to all Android devices and the iPhone. However, the Google MVNO is still sticking to holiday traditions with a free photo book from Google Photos for subscribers.

Since the MVNO’s inception, Google has always sent subscribers a holiday gift. Early on, it involved a quite generous accessory kit for the Nexus 6 that included a battery pack, case, and headphones.

For 2018, Google is gifting subscribers a free photo book from Google Photos. Like before, the gift is revealed after a game, though users can skip right to the end. This year, it entails playing Chrome’s offline dinosaur Easter Egg that has been slightly themed for Google Fi and now features colorful graphics.

The gift comes in the form of a redemption code for a 20-page softcover photo book with free economy shipping. However, the $9.99 credit can also be applied towards a hardcover version. The promo code is also sent to the email address associated with your Fi account, and can be entered during checkout.

Other past gifts include Google Play credit, a Gogo in-flight internet code, and a Lego-like kit to build a charging stand for the Nexus 5X or 6P and free USB-C cable. The generosity has objectively declined from the early days of the MVNO, but it’s still a nice token in light of how many more subscribers the service now has. 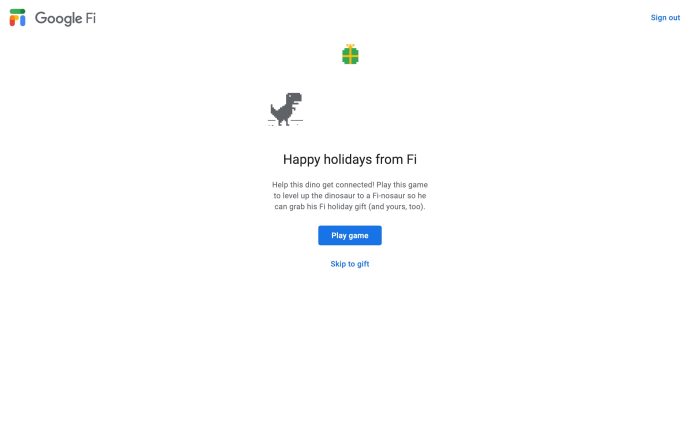 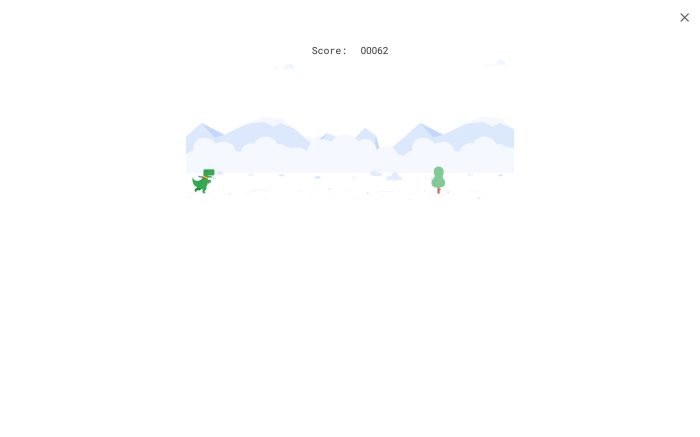 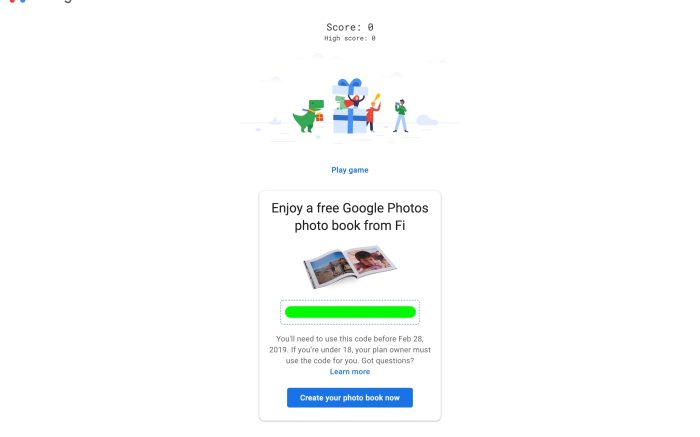