In addition to a rebrand and expanded Android and iOS availability, Google Fi yesterday gained the Google Material Theme on mobile and the web. On Android, the general layout and functionality is unchanged, but the new design is particularly whimsical and befitting of the MVNO’s simplicity.

In contrast to badly designed carrier experiences, the new Google Fi makes use of header illustrations at the top of Account, Billing, and Support. Each features travelers — likely to emphasize the MVNO’s international functionality — that are amusingly and appropriately themed to the section.

Meanwhile, the Google Material Theme excels at making complicated cell plan information straightforward and clear to understand. First and foremost is a user greeting that notes how many days you have left in the current cycle and a data usage graph.

Navigation switches from tabs to a bottom bar, with the green theme dropped as part of the rebrand. The primary accent color is blue, with dark green still leveraged to note Bill Protection.

Google Sans is used throughout as are buttons with thin outlines, including the new style tab indicators on the details page for data usage. All icons have been updated to feature bold outlines and hollow interiors.

The Billing tab allows users to see statements, while Support features large rounded buttons to reach chat, phone, or email service. Below are useful help articles and the ability to Send feedback.

On the web, Google Fi switches from tabs to a navigation drawer similar to Gmail, with the ability to dive deeper into sections. Google Fi V10 is rolling out now via the Play Store, while the new version launched on iOS yesterday. 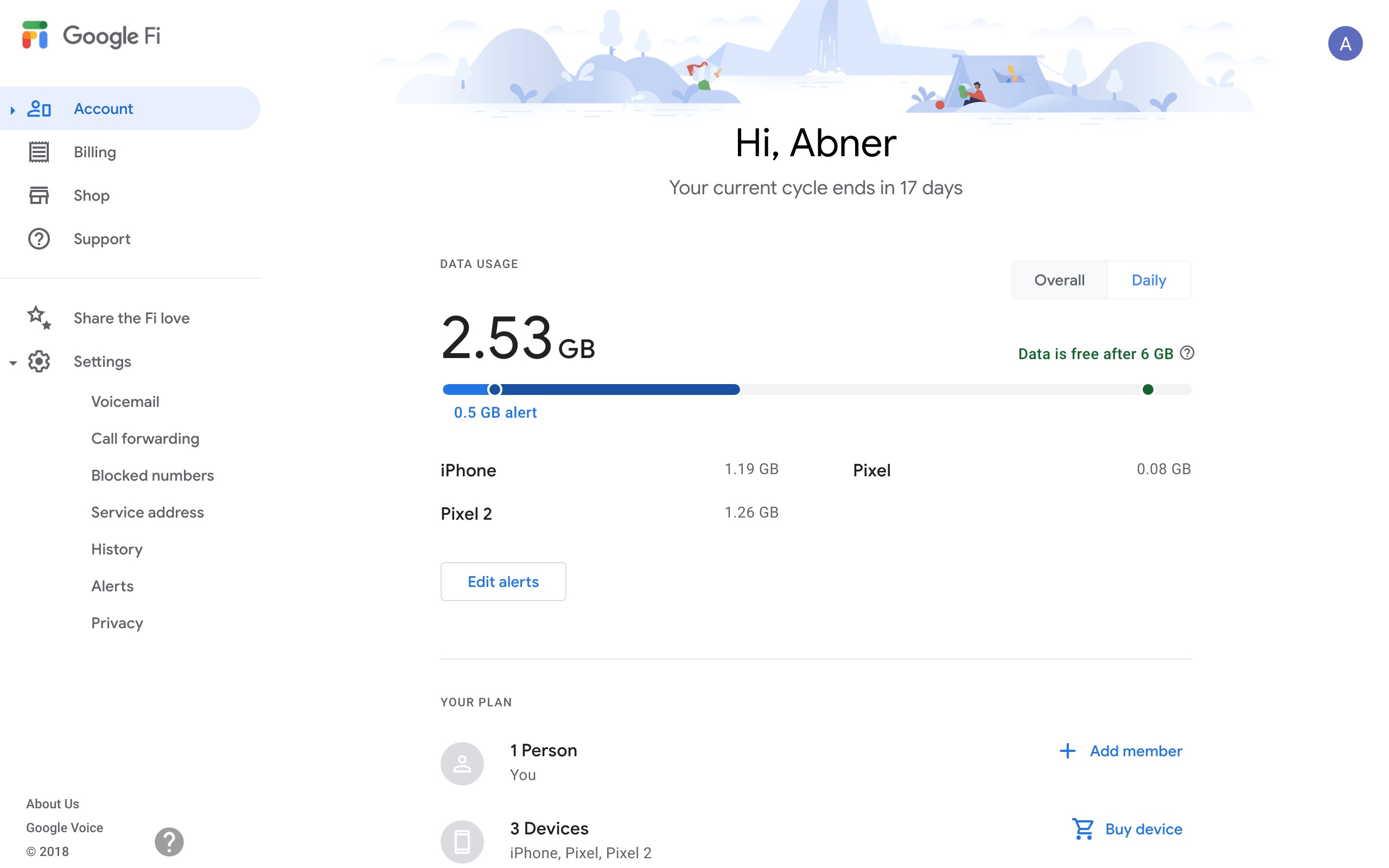