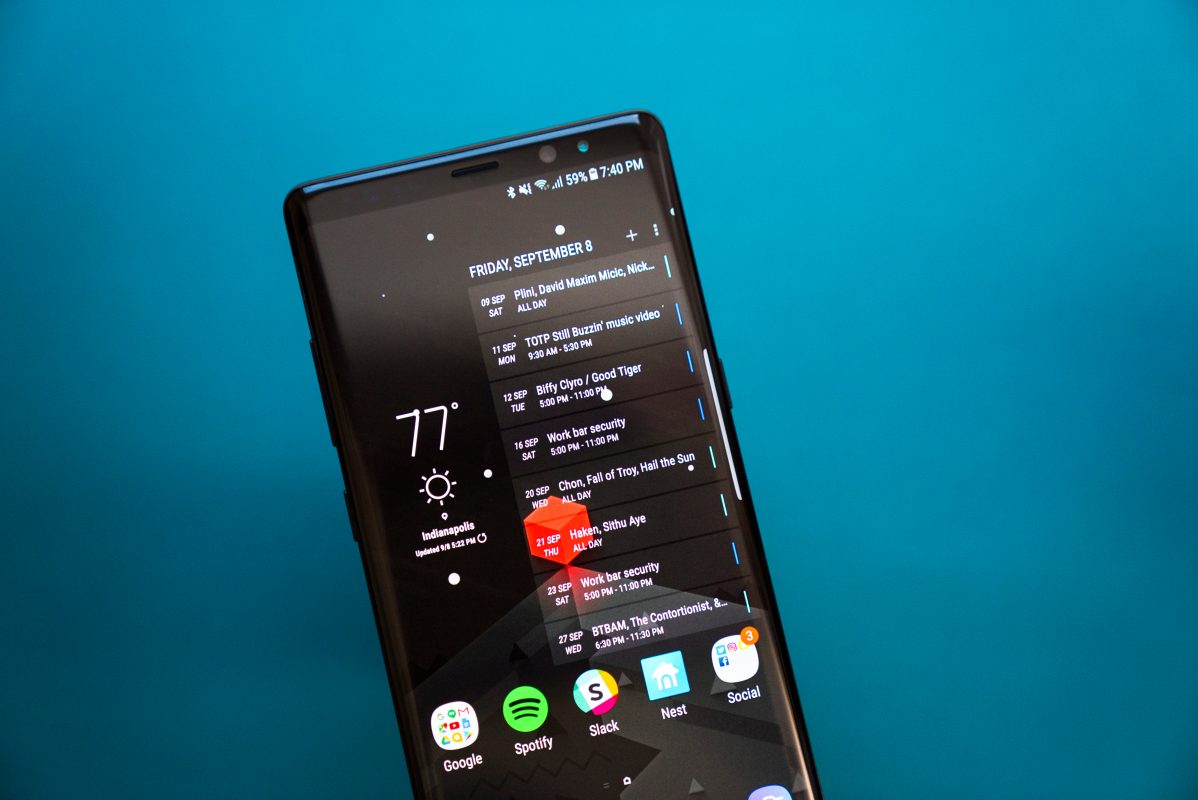 There have been four iterations of the Android Pie beta program for the Galaxy Note 9. With the Galaxy S9 also getting plenty of time with the brand new One UI, the probability of the Galaxy Note 8 and Galaxy S8 getting a beta program of their own has grown significantly thanks to some test build information.

The guys over at SamMobile have done a little digging and found that there are Android Pie test builds for the Samsung Galaxy S8, S8+ and the Note 8 on Samsung servers.

Although that isn’t a guarantee that the devices in question will get a taste of Android Pie prior to the full release of One UI in the coming months — which we know thanks to the release roadmap.

Samsung has stepped up the One UI upgrade program to include a host of new devices in the past few weeks with the S8, S8+ expected to get a full portion of Android Pie in March 2019. The Galaxy Note 8 should get an update in February 2019, slightly ahead of the S8 and S8+.

Software versions G950FXXU4ZSA1, G955FXXU4ZSA1, and N950FXXU5ZSA1 are currently being tested for these devices. It’s the letter Z in the software version that indicates that all builds are beta builds rather than just test versions. So how do we jump to the conclusion that this could lead to a beta program? Well, very similar builds appeared on the Samsung servers for the Galaxy Note 9 prior to the beta for that device.

Much like the beta program for the Galaxy S9 and Galaxy Note 9, we expect this potential Galaxy S8 and Galaxy Note 8 beta program to be available in those nations where betas have previously been available. That means we’d expect to see users in the US, Germany, South Korea, India and the UK to have the opportunity to enroll.

Of course, much of this is speculation but it’s definitely worth keeping an eye out for open registrations for this beta program in the coming days/weeks.