[Update: Not present in final build] Adoptable storage may be heading to Samsung devices w/ the Android Pie update 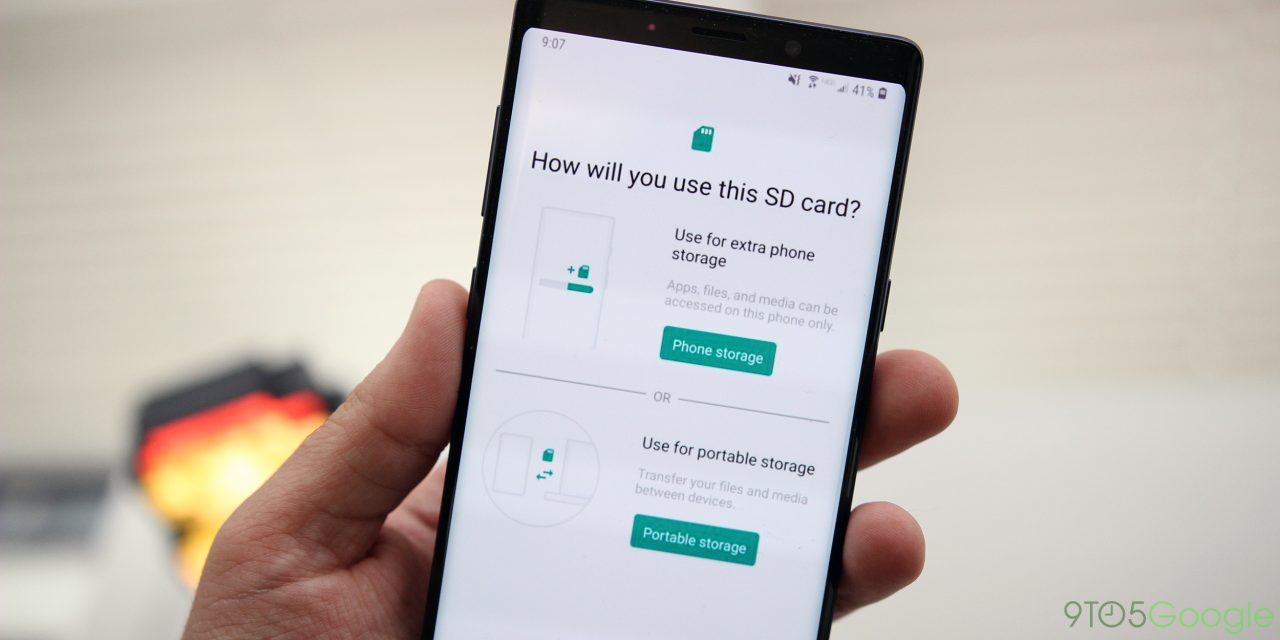 Google has introduced a lot of handy features to Android over the years, and one of the most useful is that of adoptable storage. Despite its huge benefits, though, Samsung has not enabled it on its various devices. Now, though, it appears Samsung adoptable storage may finally be coming thanks to Android Pie.

Update 12/28: Now that the final build of Android Pie which has started rolling out to the Galaxy S9/+, we know that Samsung hasn’t implemented adoptable storage after all. As noted by SamMobile, by feature, which wasn’t working in the first place, has been removed entirely from the final build. Sadly, that means we probably won’t be seeing the feature arrive any time soon.

Adoptable storage first debuted in Android Marshmallow all the way back in 2015. The feature has a pretty simple, but useful function. With this feature, users can use a microSD card as an extension of the internal storage on their devices. Instead of using that storage simply for files and the few apps that allow themselves to be moved over, users can take full advantage of that extra storage for everything on their device.

That’s a handy feature for every device, but especially for inexpensive devices with minimal amounts of storage. Samsung used that as a reasoning point for why it didn’t include the feature on past devices like the Galaxy S7 family. Spotted by SamMobile, though, Android Pie may change that.

Leaked firmware for the Galaxy Note 9 based on Android Pie reveals that Samsung adoptable storage is enabled. In that build, though, the feature doesn’t actually work. It seems a bit strange that Samsung is suddenly enabling this feature at this point, especially when recent devices such as the Note 9 start with a whopping 128GB of internal storage.

Regardless of the reasoning, this is an addition that users will undoubtedly be happy with. Being able to add up to half a terabyte of storage which is fully usable for apps and games is something we’re glad to see potentially coming to these devices. Of course, this is still an early build, so take it with a grain of salt. It may not make it to the public rollout. 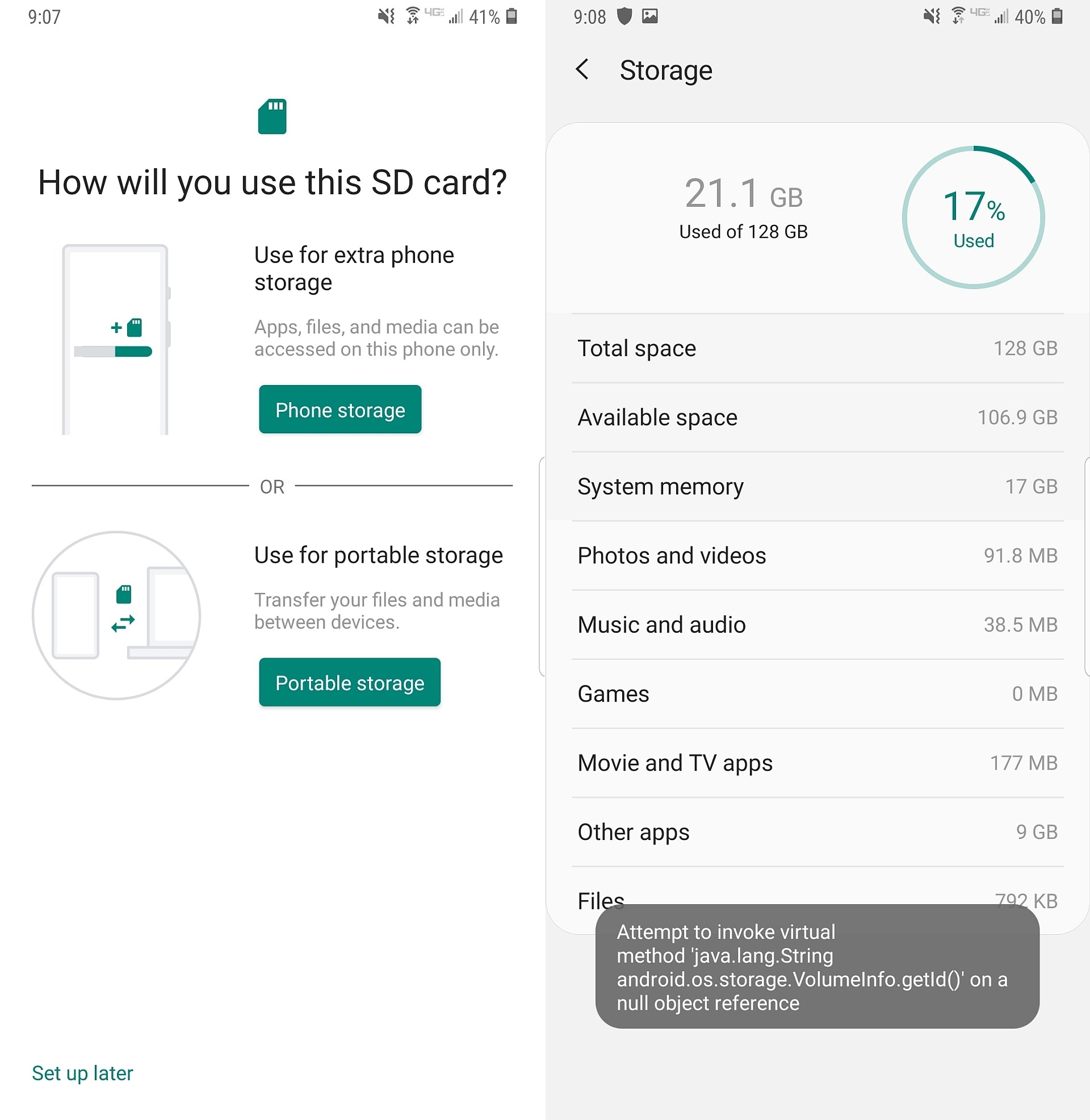