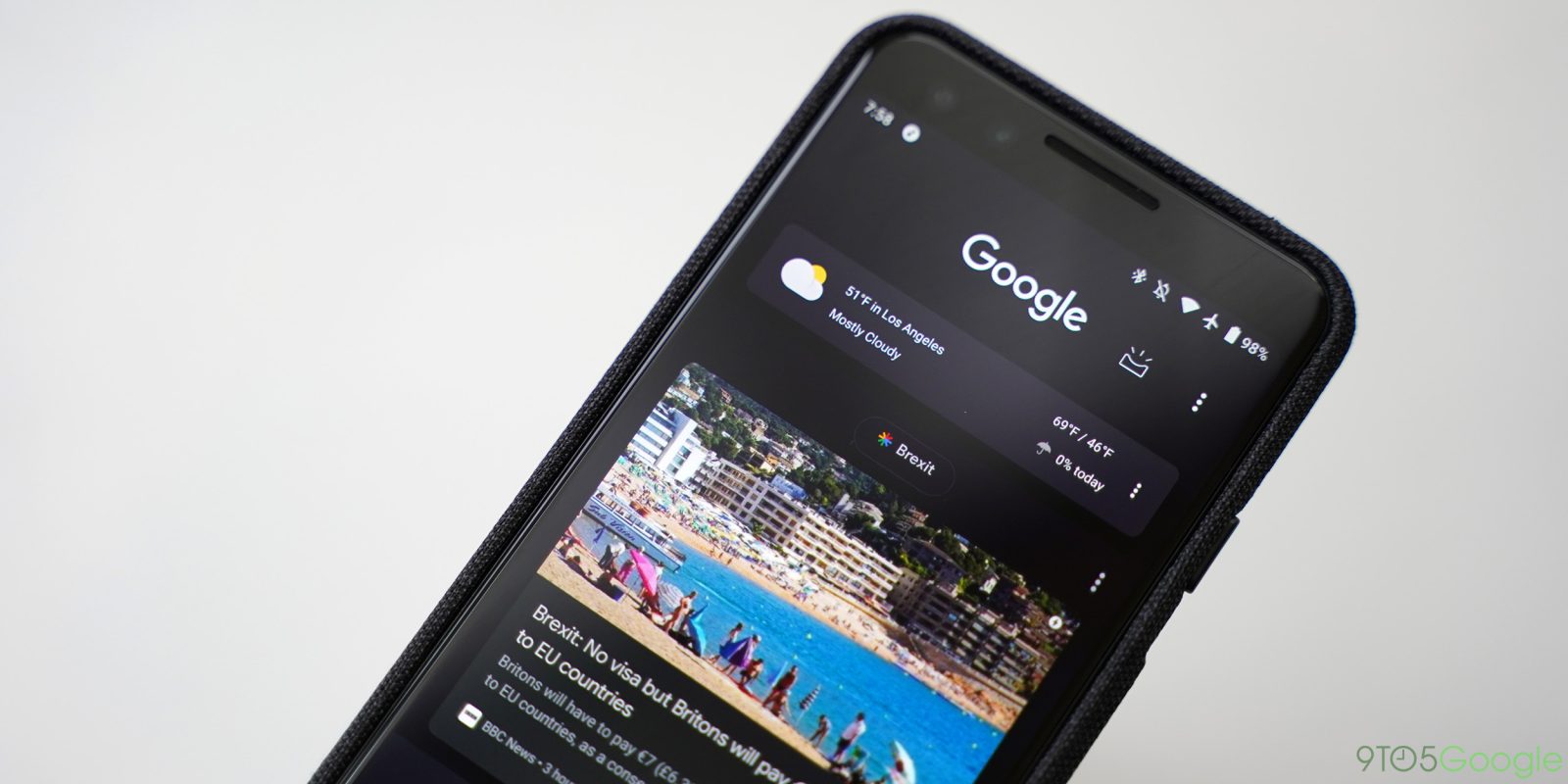 To coincide with the company’s 20th anniversary, Google in September announced big updates to Discover — previously known as the Google Feed. Besides the rebrand and other visual tweaks, it is more interest-based and will feature other types of content. This is beginning to more widely roll out today, along with a proper dark theme for Discover on the Pixel Launcher.

In testing for the past several months, Discover — to the left of the Pixel Launcher — now respects the set Device theme. Just like the app drawer and notification shade, users can either set a darker wallpaper or manually select “Dark” in settings on Android 9 Pie devices, like the Pixel 3.

The previous design only darkened the background of the feed, and not the actual story cards. Now, stories will also feature a dark gray background with white text for increased visual consistency. This theme also applies to the overflow menu where users can customize the content recommended to them.

Update 1/7: The latest Google app beta began rolling out on Friday after a few weeks delay due to the winter holidays. As such, version 8.70 — where many users started seeing the dark theme —  is now hitting the stable channel, with our non-Google app beta devices today starting to see the new Google Discover. This includes more/less preference indicators, topic categories, and other new features, as well as design tweaks.

This new design announced in September is immediately identifiable by the topic categories that appear above each card and feature an eight-pointed star in the Google colors. Those subjects can be tapped to show more cards, while the tweaked overflow menu in the top-right allows users to “follow” stories

There is also a button in the bottom-right corner that allows users to tell Google whether more/less of that subject  should appear in Discover. Cards are slightly tweaked with images now full-width and stretching to the top, with the AMP lightning bolt indicator moved to the top-right of the image.

Compared to the previous Google Feed, Discover will surface “evergreen” content that’s new to you, but not necessarily the web. This includes older articles and other media types, like video and multilingual content. In October, Discover also began rolling out to the mobile google.com homepage in a major expansion.