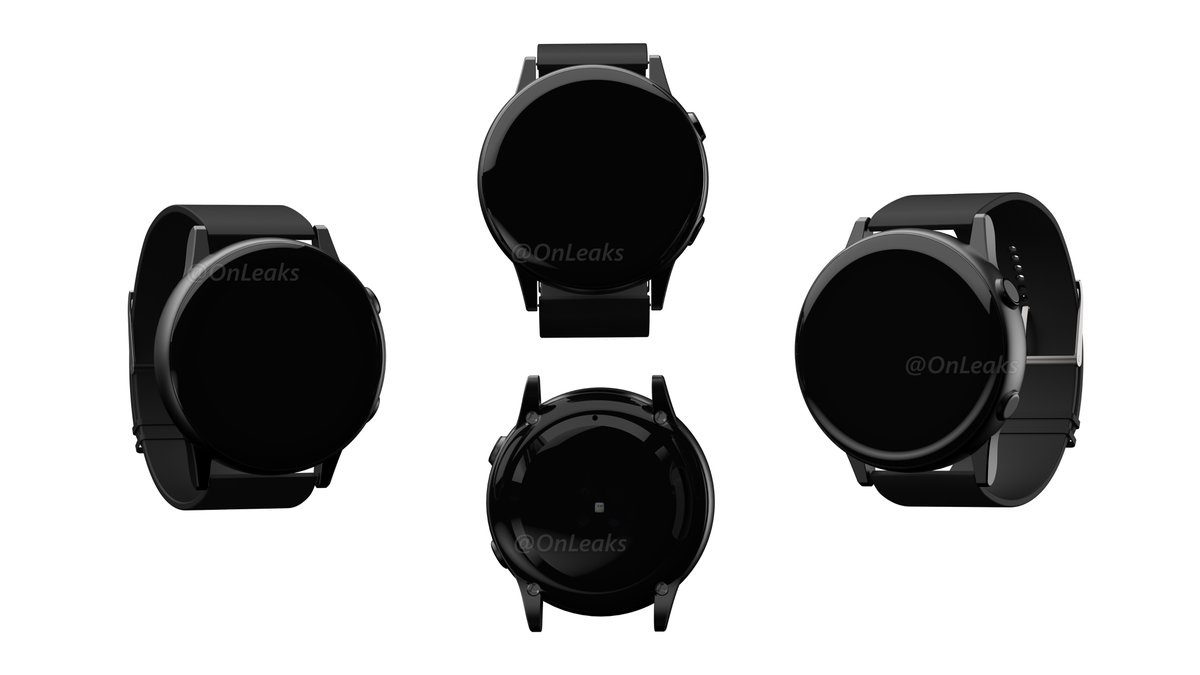 The rumored Samsung Galaxy Sport has been partially uncovered in renders courtesy of top-tier leakster @OnLeaks and show a much smoother, refined design when compared with previous Galaxy Sport models.

Overall, the design definitely fits more in line the with the sleek aesthetic of the Galaxy S smartphones we’ve come to know and love, with the slightly angular edges being smoothed completely for a circular crown. Gone are the etched edges that dominated the Gear Sport for a much more minimal appeal.

It’s also worth noting that these renders are based entirely off factory data, so there is a good chance that the ‘official’ design will be close to these renders once unveiled.

We anticipate that the Samsung Galaxy Sport will be a direct successor to the Samsung Gear Sport, but this is definitely a simple smartwatch that could realistically be worn in almost any scenario.

From these leaks, it doesn’t look as though we will see a rotating bezel, but that doesn’t mean we won’t see the hardware feature. Round the side are the only visible input hardware buttons, which seem par for the course on any smartwatch and look well spaced. We’d imagine one will launch a menu and the other will control any application-specific features. Bixby will no doubt be touted as a core feature, which if you are a fan of the digital assistant won’t come as a shock.

Several reports have claimed that Samsung has been working on a new smartwatch, codenamed “Pulse” (via SamMobile), which is in all likelihood this particular model. It also fits in line with the rumors that Samsung would develop and release future smartwatches under the much more recognisable Galaxy brand.

As for rumored specifications, this wearable is expected to run Tizen rather than any current version of Wear OS. That will be backed up by potentially 4GB of RAM, which we’re not sure is needed, but we’re not going to complain. The rest of the specifications are still under wraps at this point.

Whilst the stealthy black is definitely my style, fans of colorful watches will be pleased to hear that the Samsung Galaxy Sport will come in Black, Silver, Green and Pink/Rose Gold color options.

It doesn’t take a detective to work out that with the impending Samsung Galaxy S10 unveiling being on the horizon, the Galaxy Sport could hit the stage at the very same time. Of course, nothing is concrete, but we are hoping that this is the case and we finally get a proper Apple Watch competitor in 2019.