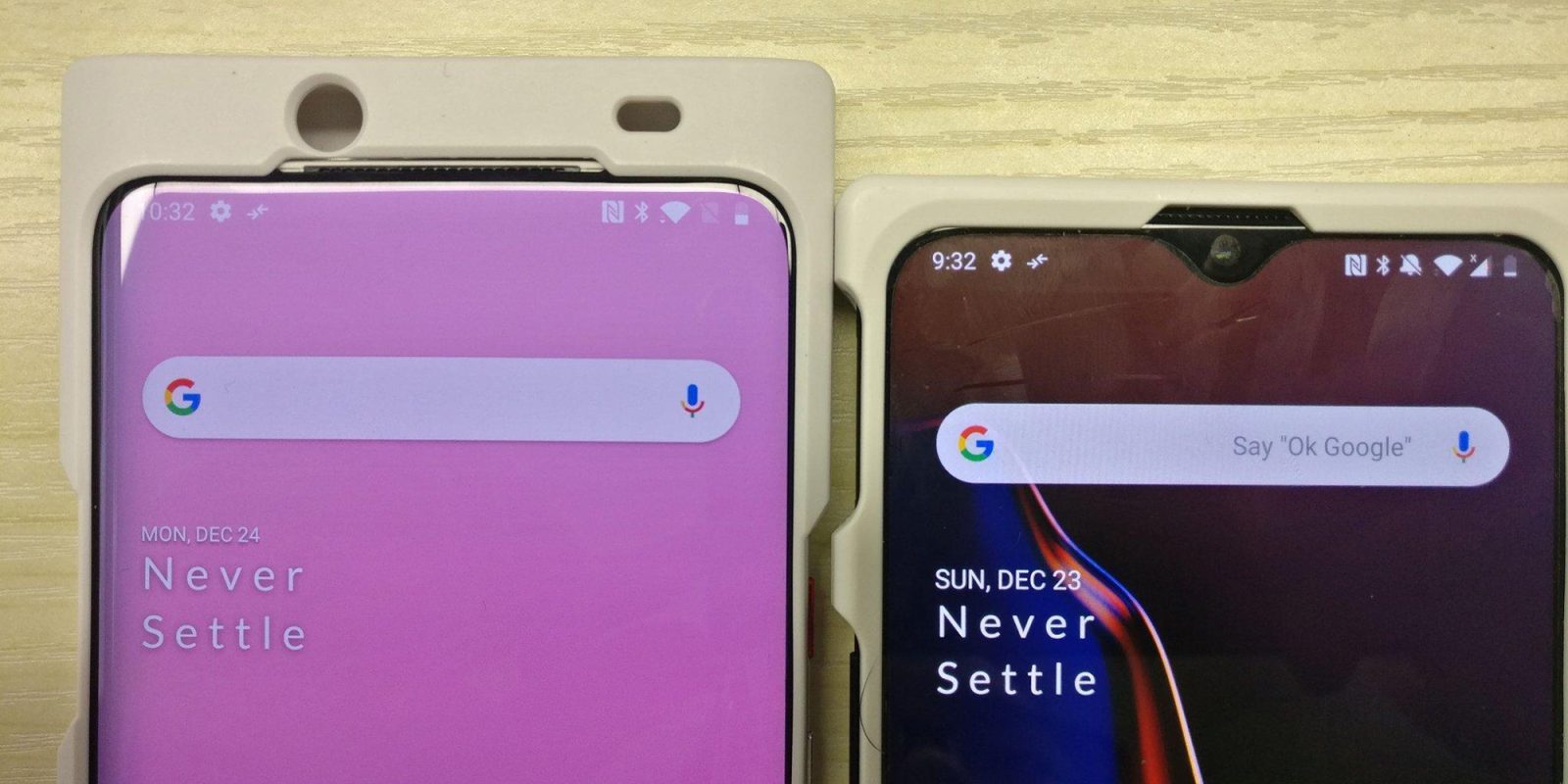 A rumored but very plausible OnePlus 7 leaked test device has appeared online courtesy of Slashleaks, where this unknown OnePlus unit is shown side-by-side with the superb OnePlus 6T.

We’re just coming down from the high that was the OnePlus 6T (after the company’s immensely popular OnePlus 6), which took away a few features but still managed to add a whole lot to the flagship killer line — albeit at the expense of some core fans.

If the images are indeed real, then the distinct lack of a notch might be of interest to many out there who are still adamant that a notched device is not for them. It also does add fuel to the rumor fire that the OnePlus 7 may favor the slider form factor rather than the punch-hole style in-display camera cutout come release.

(That said, the smaller teardrop option is still one of the best implementations on any smartphone in my opinion.) 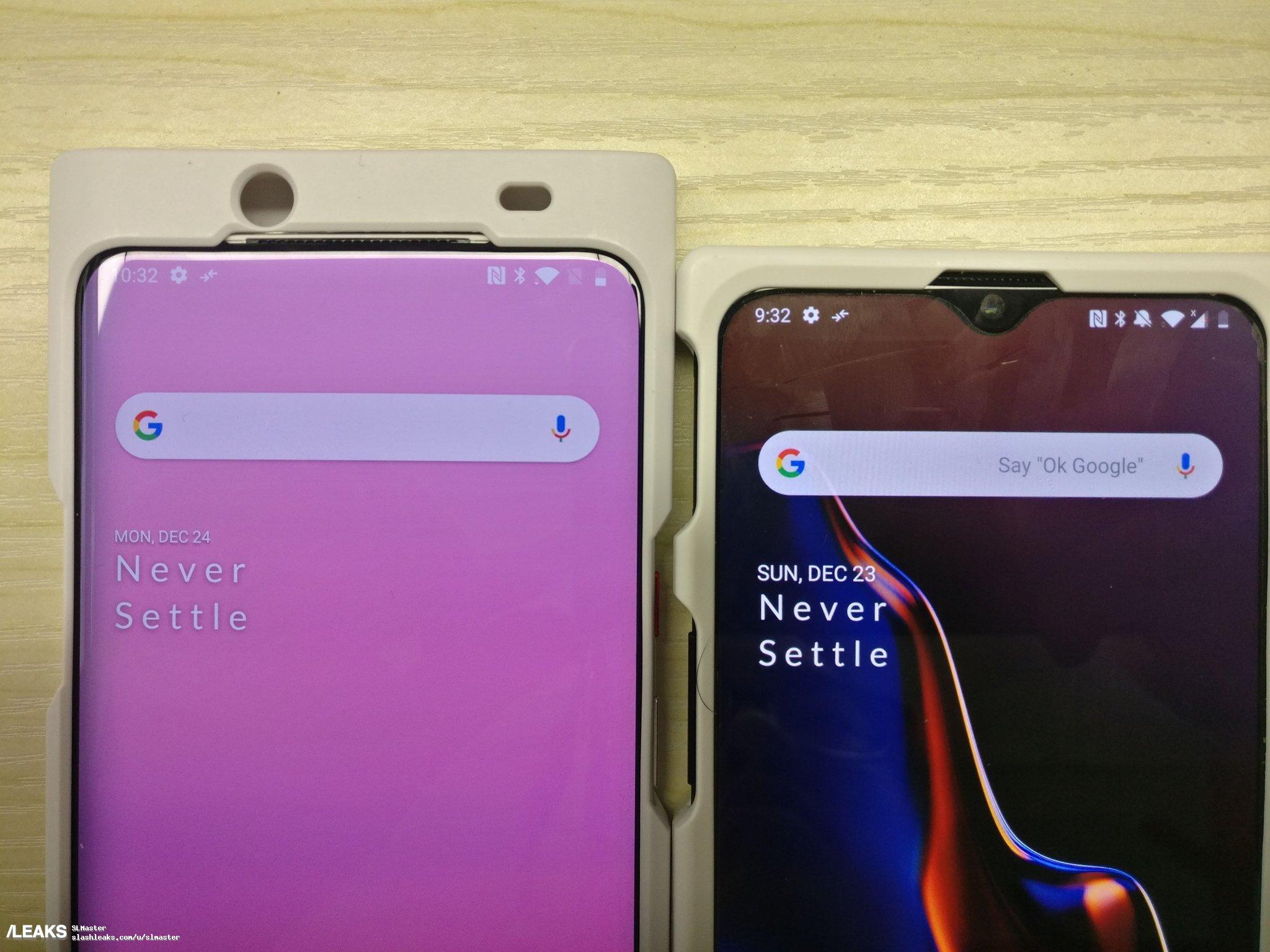 It does look interesting from the tiny glimpse we have been given, as the remainder of the cutouts do look to match those found on previous OnePlus devices. The speaker grill at the top looks very much extended when compared to the OnePlus 6 and OnePlus 6T.

Whilst we get a decent look at the potential top of the OnePlus 7, we have yet to see the chin area. It will be interesting to see if OnePlus can go for a similar approach to the Oppo Find X — which of course is produced by sister company Oppo.

Again we would take these leaks — like all leaks —with a healthy bit of skepticism. But there are a lot of telltale signs that point to this being, at the very least, a OnePlus test device of some sort.