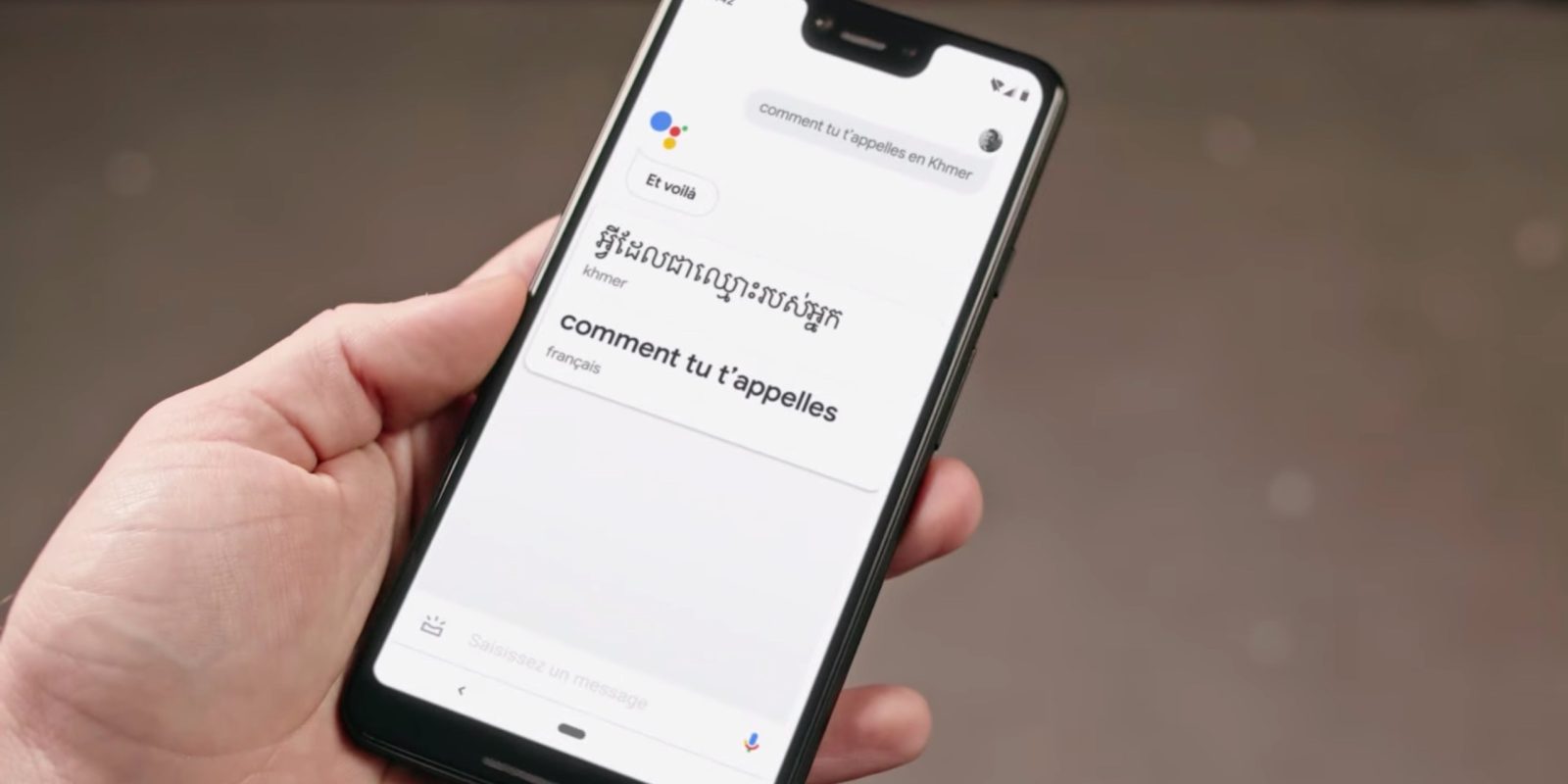 Next to Search and YouTube, Google Translate is one of the company’s most well-known and genuinely useful tools. The service is the star of Google’s 2019 Super Bowl commercial, and aims to be heartfelt with a message of bringing people together.

Ahead of the Big Game tomorrow afternoon, Google posted “100 Billion Words” on YouTube. It opens on a shot of the Pixel 3 XL and the “Hey Google” hotword before a narrator notes how “more than 100 billion words are translated every day” with Google Translate.

It then runs through several examples of people using the app on their phones to communicate across different languages. Besides voice, the built-in camera translation feature is showcased to convert menus and signs.

While the Google Translate app is shown on Android phones ranging from the Pixel 3 to more affordable models used in developing nations around the world, the service or its logo is never explicitly featured.

In contrast, the Google Assistant makes several appearances in a likely attempt to reflect how Translate is accessible and integrated throughout the company’s services, including Search and Google Lens. However, Assistant headphones, Smart Displays, and other devices do not make an appearance.

The one-minute commercial ends on the uplifting note of what commonalities humans around the world share, and then flashes the Google logo against a white background.

But every day, the most translated words in the world are “How are you,” “Thank you,” and “I love you.”

Google’s 2019 Super Bowl commercial is straightforward and in the vein of previous commercials like Dear Sophie and Parisian Love. The former advert was for Chrome and Gmail, while the latter emphasized Search. All three are less about the specific product, and more about the underlying utility that Google delivers. Those previous two commercials were quite succesful in accomplishing that feat, while it remains to be seen if the upcoming one is as well-received.