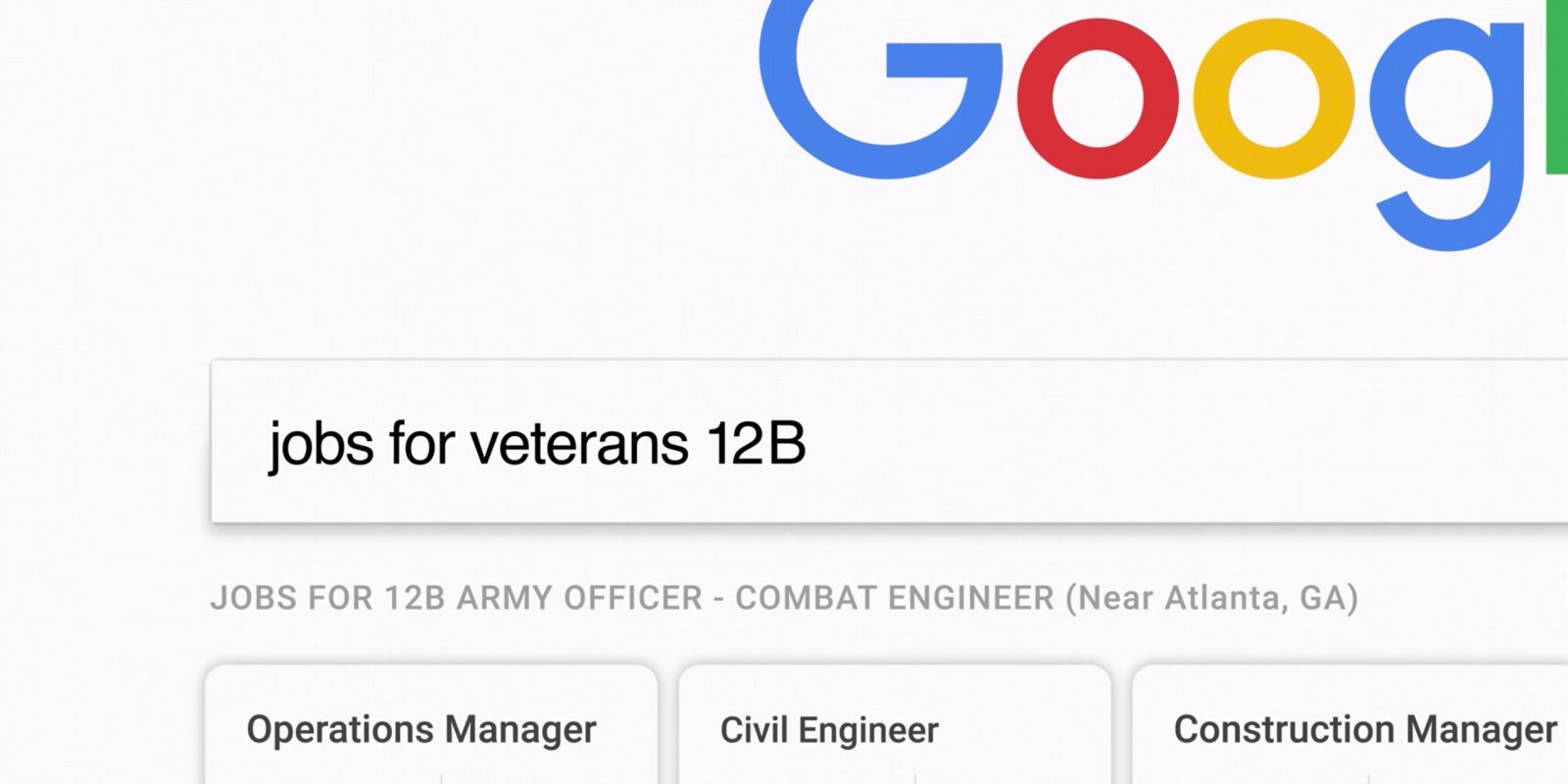 Google’s first commercial for Super Bowl 2019 was focussed on Translate, and the second of the evening is about Job Search for Veterans. A part of the company’s Grow with Google initiative, veterans and other U.S. service member can quickly find jobs by entering their military occupational specialty codes.

Grow with Google is aimed at teaching digital skills in America and surfacing job opportunities in light of increasing automation. Launched in 2017, Google committed $1 billion to the initiative which involves partnering with local libraries to host workshops for job seekers and those running small businesses.

For the latter goal, Google last year introduced an easy way for veterans to find “relevant civilian jobs that require similar skills to those used in their military roles.”

Service members can enter “jobs for veterans” in Google and then their specific military job codes: MOS, AFSC, NEC, etc.

Helping people find connections between skills developed in the military and civilian jobs is just one of the many ways we’re working to create useful tools and programs for transitioning service members, veterans, and military families—a community that’s sacrificed so much in service to our country.

Like with the ‘100 Billion Words’ ad, the company’s second of the Big Game is simple and reminds watchers of the utility that Google provides. At over a minute long, “Google” does not make an appearance until the last quarter of the clip. The full Google logo is not even shown off, while the results that load have been visually modified to appear just underneath the box for this ad.