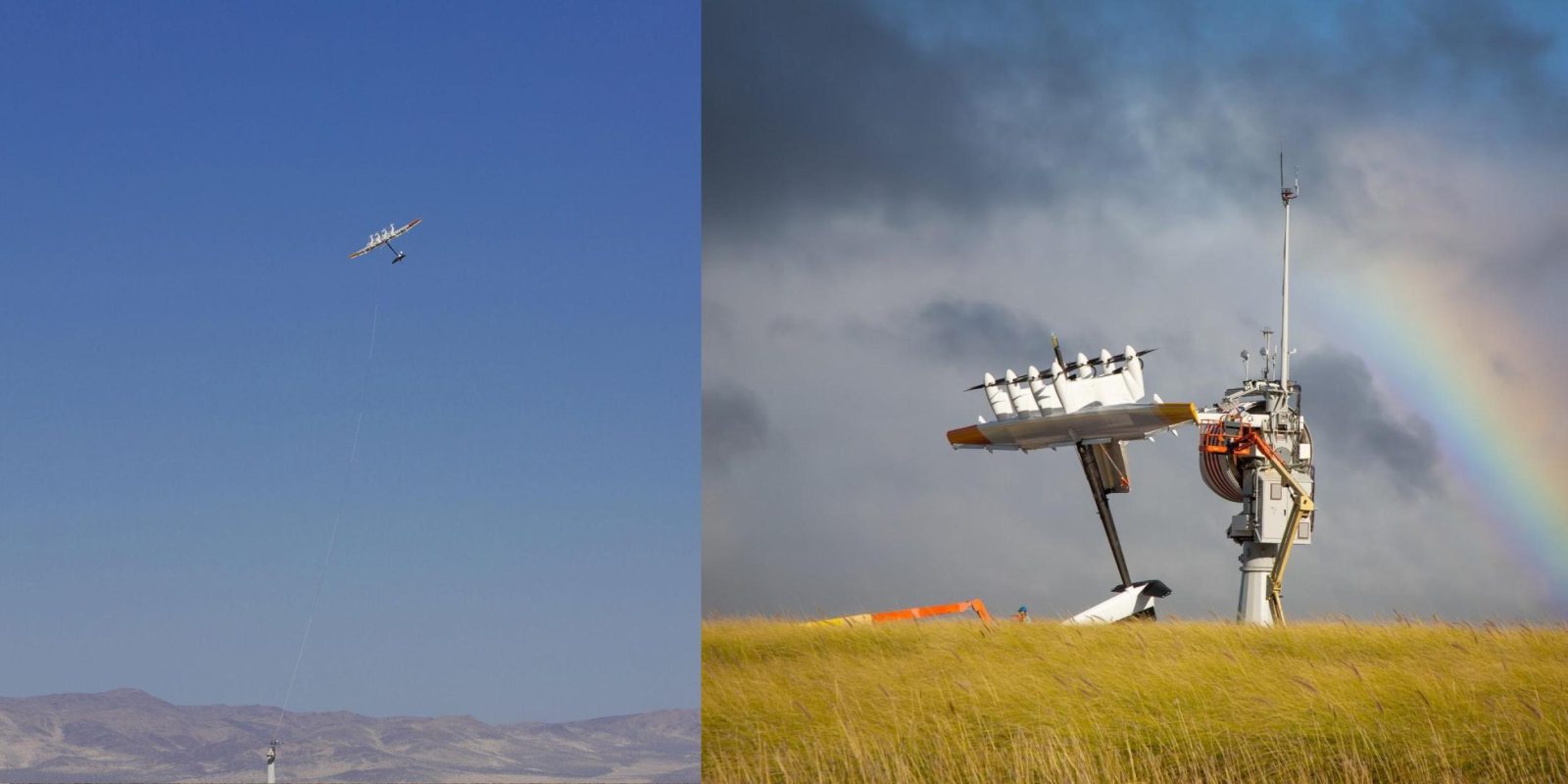 In other energy-related developments today, Alphabet’s Makani energy kite project is graduating from the X Moonshot Factory. It is partnering with oil and gas giant Shell to expand to offshore environments as part of becoming an independent Alphabet company.

Makani is another take on wind-based clean energy that doesn’t leverage large turbine installations, but still creates energy at utility-scale. Joining X in 2013, giant kites that look like gliders are tethered to ground stations and fly autonomously in loops. Four propellers on the vehicle generate electricity that get sent down the tether.

These base stations have traditionally been tested on land, but as part of its graduation, Makani will be brought to offshore environments with the help of energy giant Shell.

Hundreds of millions of people live within 25 miles of a coastline where winds are strong and steady, but two-thirds of coastal waters globally are too deep for today’s wind technology to economically access these resources. This is where we think Makani can help.

Compared to existing offshore wind deployments at water depths greater than 50 meters, Makani doesn’t need to be supported by large platforms. The kites — which are 90% lighter than turbines of a similar power rating — will be mounted on a small spar buoy moored with a synthetic line and gravity anchor.

Other cost reductions are due to lightweight electronics and smart software over “tons of steel.” Shell will be providing “extensive engineering and operational expertise with floating structures to make this transition.”

We plan to kick off testing of this new floating offshore system with demonstrations in Norway later this year, and we’re developing additional partnerships to help us bring Makani’s commercial system to life.

Makani will continue testing in Hawaii, but the company’s focus is now on scaling commercially. It is one of the few X energy projects that remain directly affiliated Alphabet, unlike Dandelion and Malta.