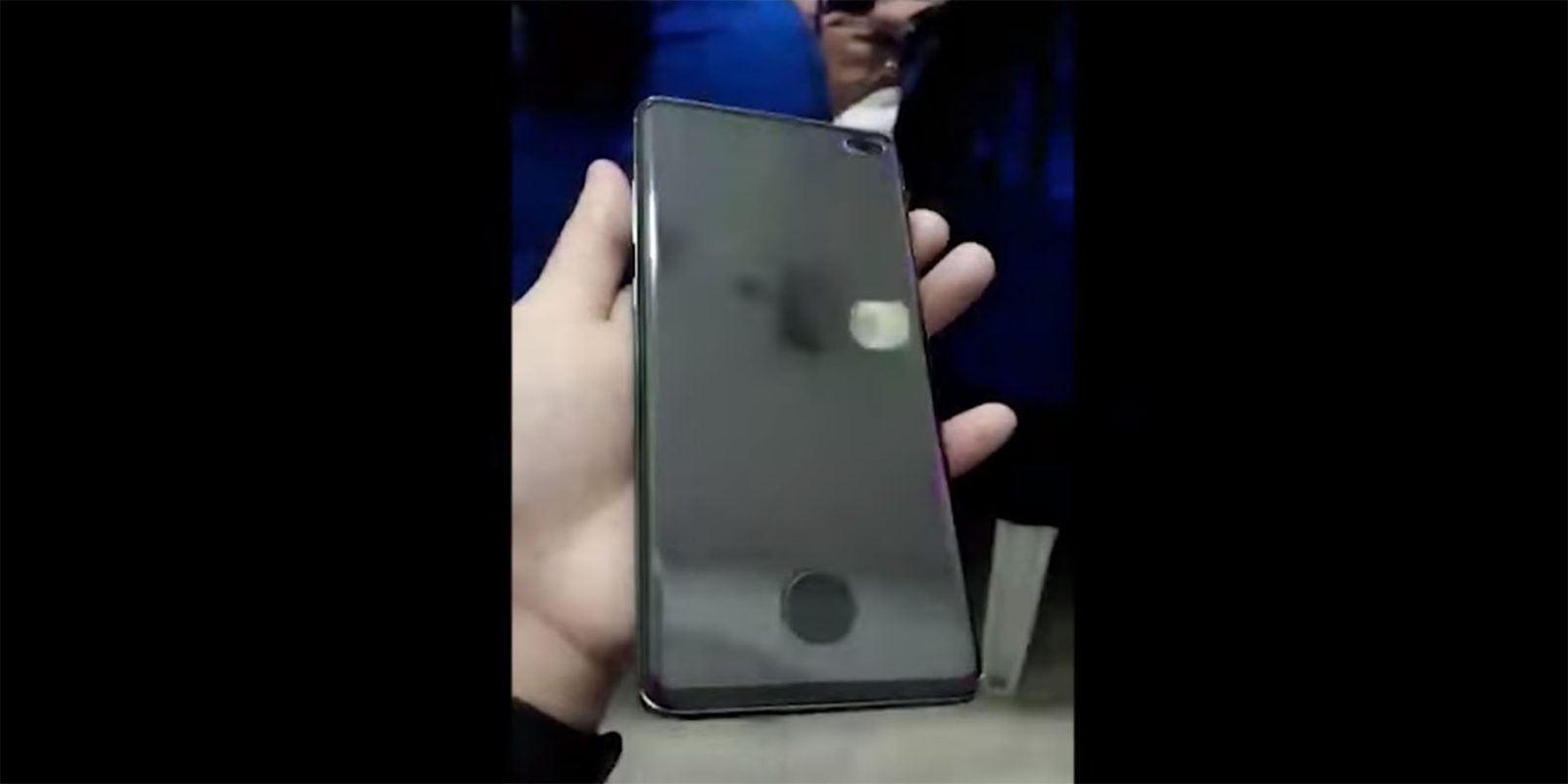 Samsung’s Galaxy S10 is set to bring a handful of new technology to the company’s flagship device, and one of the most notable additions is the in-display fingerprint sensor. Using an ultrasonic fingerprint sensor, Samsung’s Galaxy S10 should bring one of the best implementations we’ve seen of this technology to date, but it seems screen protectors could be a major drawback of the tech as suggested by the latest leaked video.

A video leaked by UK retailer Mobile Fun shows off the Samsung Galaxy S10+ in all its glory, and confirms many of the previous rumors that have hit the web. We can see the dual front-facing cameras, as well as the software with Samsung’s One UI on board. The short clip doesn’t show us the back of the phone, but it gives us a much more interesting detail along the front.

As mentioned in past leaks, Samsung’s Galaxy S10 and Galaxy S10+ are both adopting an ultrasonic fingerprint sensor that resides beneath the display. In theory, this should prove both faster and more accurate than the optical sensors we’ve seen on other devices, but if this leak is any indication, the Galaxy S10 fingerprint sensor isn’t going to work with a screen protector installed.

In the clip, we can see that the common accessory has a cutout along the top for the front-facing camera, something that should come as little surprise. However, there’s also a second cutout on this Galaxy S10 screen protector where the user would rest their finger to have it read by the ultrasonic fingerprint sensor. That quickly tells us that the sensor has trouble reading a user’s fingerprint when a screen protector is applied and thus requires a cutout to function.

Since Mobile Fun is a retailer known for phone accessories, we can also probably assume that the screen protector shown here is one that will be sold to customers.

Personally, I hate the look of having a cutout in the middle of my display, and the functional issues could only prove even more of a deal breaker. We’ll have to wait until Samsung’s Galaxy S10 Unpacked launch event next week in order to see if there’s any way around this restriction.