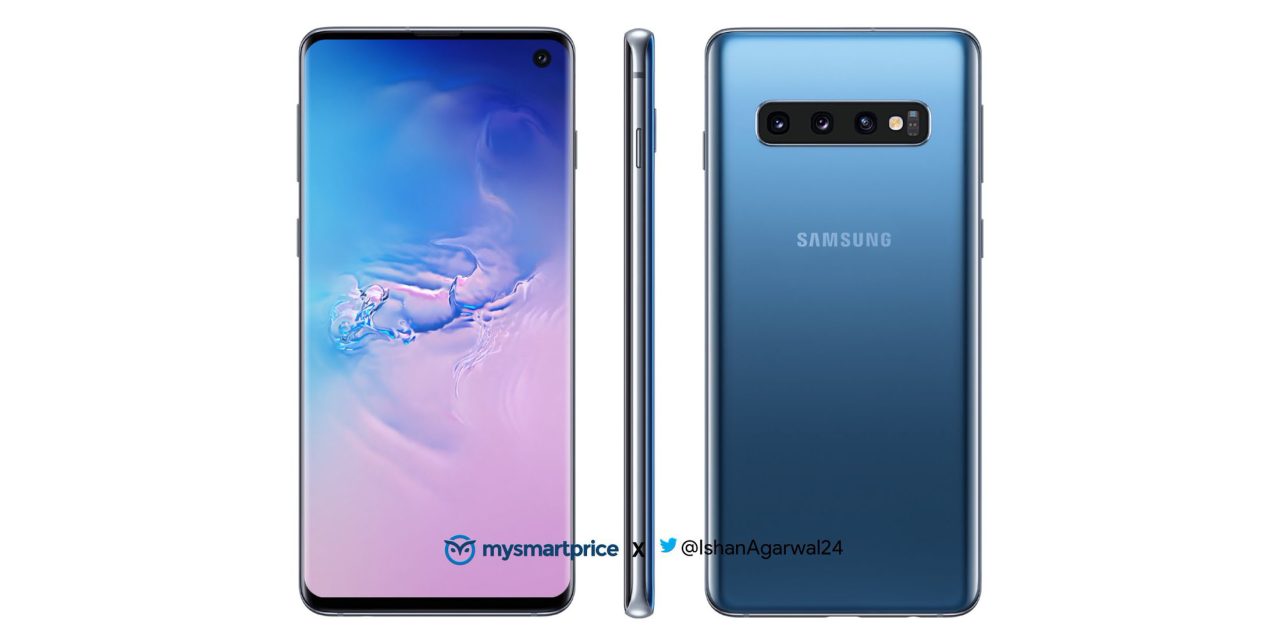 It’s barely another week until Samsung launches the Galaxy S10 family at an Unpacked event and, expectedly, leaks and rumors are hitting constantly. Today, several new renders of the Galaxy S10 have leaked to show off a new blue color variant, as well as confirming the headphone jack for another year.

Courtesy of MySmartPrice, new renders of both the Galaxy S10 and the Galaxy S10e have leaked out to showcase the previously rumored blue color variant. The official marketing name for this color is unknown at the moment, but it’s different from what we’ve seen in years past. The Galaxy S8, for instance, was sold in a “Coral Blue” color while the Galaxy Note 9 debuted in a striking “Ocean Blue” with its signature yellow S-Pen.

This new Galaxy S10 blue color (pictured above) is certainly a lot closer to the Coral Blue color, but the aluminum side rails are now a different color entirely and the shade itself is considerably darker.

Whatever it’s called, I personally really dig it. Unfortunately, it’ll probably be region, carrier, or retailer restricted as we’ve seen with past color variants. Luckily, it doesn’t seem to be restricted to just one device like the “Canary Yellow” S10e. 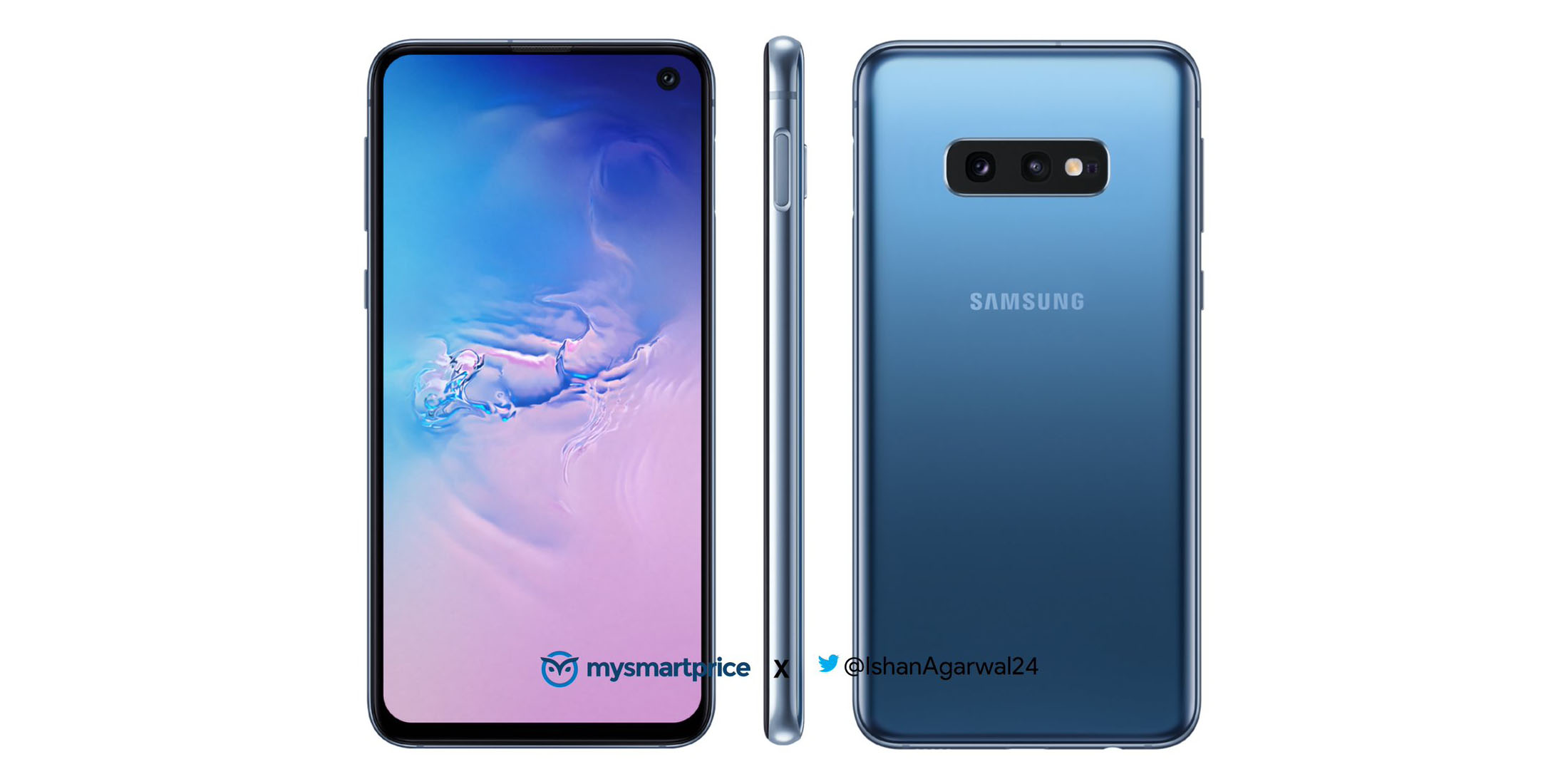 There are also renders floating around of a “Cinnabar Red” Galaxy S10, but the reddish-orange color seems very sketchy. It’s very likely a fake.

Further, Evan Blass has also debuted two more Galaxy S10 leaks over the weekend. The first of those shows off the Galaxy S10, S10+, and S10e in official-looking press renders, sans any watermarking. Needless to say, it’s one of the best looks we’ve had at these devices to date and only serves to confirm previous leaks.

Lastly, Blass has also posted what appears to be a printed promo banner for the Galaxy S10+ which confirms one key detail. As we’ve heard previously, the S10 family is keeping the headphone jack, and this promo banner shows the device at an angle which gives confirmation on that. We can see the USB-C port and speaker grill, with a standard 3.5mm headphone jack off to the left side.

Even though more and more consumers are realizing they don’t need a headphone jack, it’s really nice to see that Samsung is keeping it around for at least one more year.