Since Google Assistant launched on phones, the slide-up panel has featured a carousel of suggestion chips to help surface functionality. This feature has just been tweaked and more likely to draw your attention thanks to colorful icons.

With Google app 9.10 and later, suggestions feature colorful matching app icons at the front of each pill. These shortcuts launch Assistant, and include: Play music, Send a message, Play the news, Show my reminders, Make a phone call, Set a timer, and What’s the weather. Compared to just text bubbles before, these icons are much more eye-catching and fun.

When on the Pixel Launcher, these refreshed suggestions appear first. In apps, the “What’s on my screen?” and “Share screenshot” buttons take precedence in the carousel.

With the Smart Display-inspired redesign — announced at I/O 2018 and rolled out in October, Google emphasized how “nearly half of all interactions with the Assistant include both voice and touch.” The suggested actions reflect how it’s occasionally easier to scroll and tap to launch frequently used tasks.

Other recent redesigns for Assistant include more compact controls that bring Google Lens, voice search, and keyboard input side-by-side at the center of the screen with a new pill, as well as rounded corners for the panel.

These updated suggestion chips began rolling out last week while Google app 9.10 was in beta. Since entering the stable channel, more users are spotting it today. 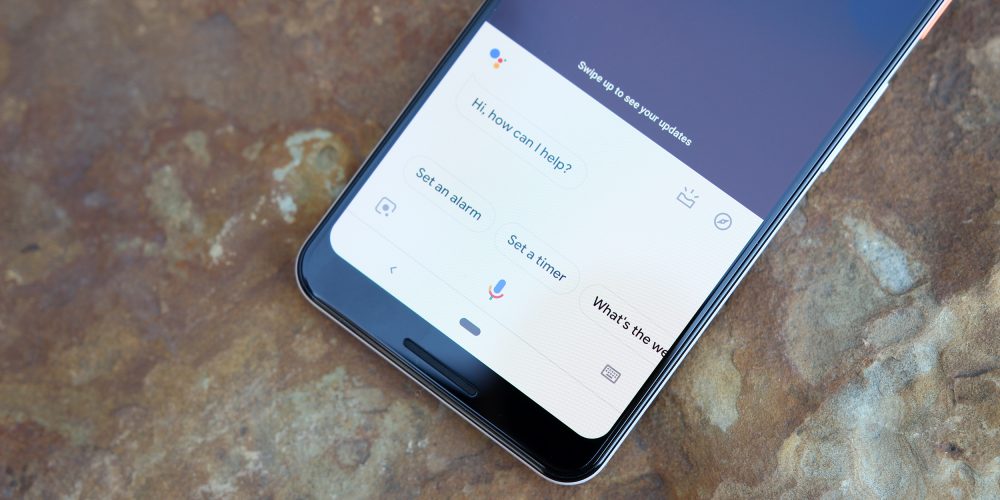