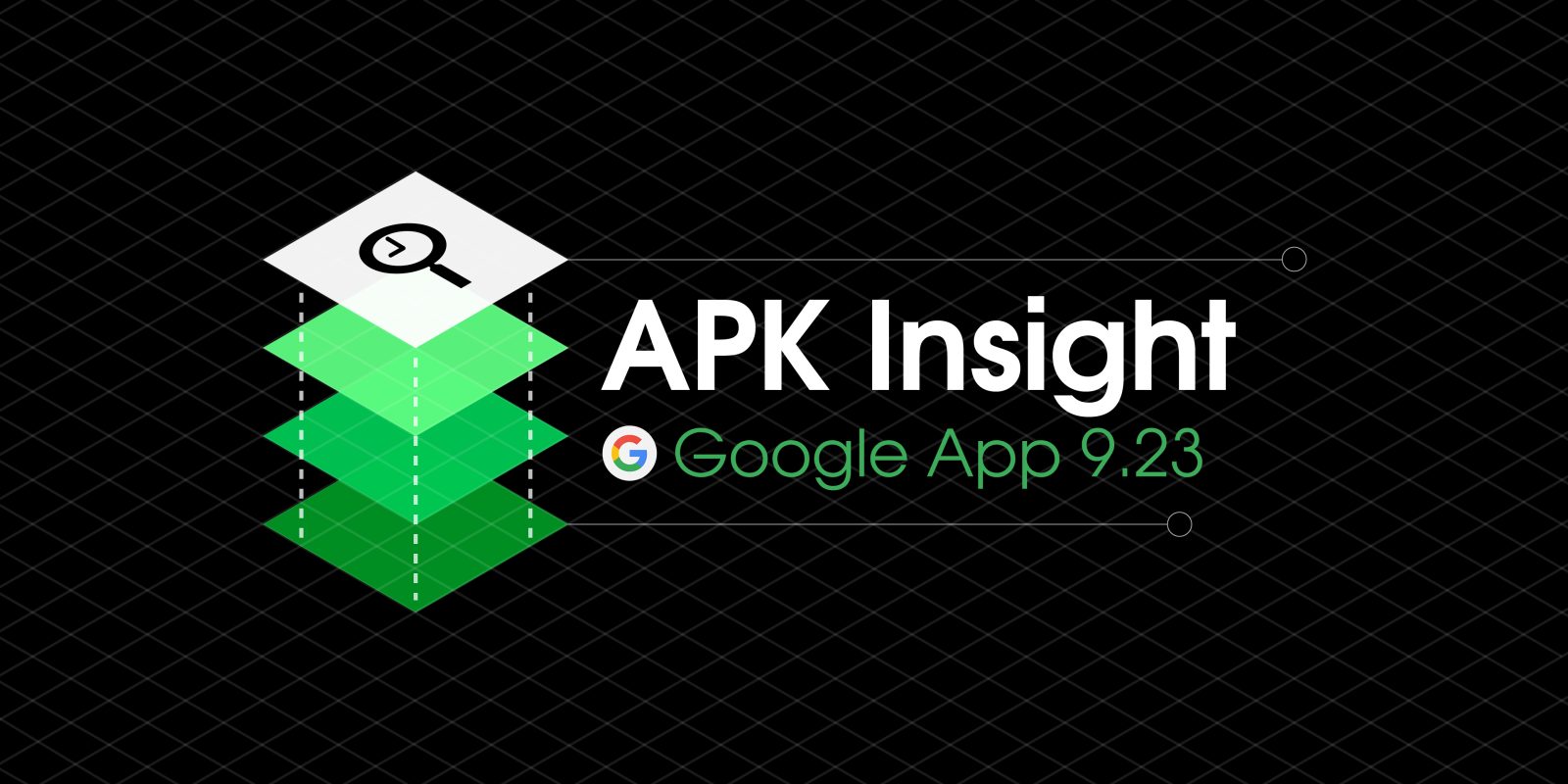 After an uncharacteristic two-week delay, the latest Google app beta is now available. Oddly, there are two distinct beta versions of the Google app this evening: 9.21 and 9.23. Both reveal a new Assistant device ID named “nexus” for an upcoming feature or hardware category, as well as a “Labs” feature.

There appears to be two beta releases of the Google app this evening. Version 9.21 was installed on all my devices, but APK Mirror spotted version 9.23. The differences between the iterations are not too major, but it’s an odd occurrence nonetheless.

The “assistant_device_id” is usually a good indicator for new categories of Assistant devices. Google app 9.23 reveals one named “NexusAmChips,” with other strings referring to it as “nexus_device_am_chips.”

For context, features and hardware related to Assistant on phones are labeled with “nexus.” The Pixel Stand was originally refered to as “nexus_device_dreamliner,” while the ability for users to help improve the “What’s on my screen” Assistant feature is named “nexus_device_donate_screenshot_summary.”

As such, “NexusAmChips” is likely a phone-related feature, with the “category” qualifier suggesting hardware. Our Kyle Bradshaw points out that “AmChips” could refer to “Amlogic Chips” used on the Google Home Hub and Android TV set-top boxes like the ADT-2 developer device.

The most likely candidate for NexusAmChips is then the Assistant Connect platform announced at CES 2019. Google has not shared many public details about this new platform for building Google Assistant accessories, but this codename suggests that Amlogic chips are used and there is some relation to Android, likely Android Things.

Version 9.21 reveals work on a “Labs” feature to let users “try new features Google is working on.” This includes the ability for users to send feedback for said “unstable” functionality.

<string name=”labs_notice_text”>”Be the first to try new features Google is working on.* Send feedback to let us know what you think. “<i>*Features may be unstable.</i></string>

One of the first features in testing is “Pinch To Zoom in Search Results” when on Image results. This feature is already live, but if new, possible feedback questions would include “Were there any visual errors?”

<string name=”pinch_question_title”>Were there any visual errors? If so, did they bother you?</string>

Bisto and Assistant for cars

“Bisto” is how Google refers to Assistant headphones, and in concept these audio devices are very similar to the JBL Link Drive and Anker Roav Bolt announced at CES. The gadgets plug into cigarette lighters for power and act as a bridge between your phone, which supplies the smarts, and your car’s Bluetooth speaker system.

Version 9.23 lists the ability to output Assistant responses via the Hands-Free Profile (HFP) Bluetooth profile used by phones to communicate with cars. Google might be leveraging its work on Assistant headphones for the new class of car devices.

Meanwhile, there are two strings that would let users determine whether Assistant plays a start or end sound after a response. It’s not clear whether this setting is related to headphones, or is another option for car accessories.

<string name=”confirm_ota_message_car”>”New features and fixes are available. Your car accessory won’t be available during the update, which may take a few minutes.”</string>

<string name=”herbie_skip_ota_dialog_message”>If you continue without a successful update, your %1$s may not work properly.</string>

Most strings revealing that Avocado is Assistant Face Match have been removed with this release.

Google Search has long featured a tip calculator, but Google app 9.23 hardcodes those strings in for some reason.

Assistant’s Explore directory of Actions now features a shortcut to access Upcoming in the bottom bar. It also adds an icon for itself to help make the navigation more unified. There also some tweaks to Explore, but this may be due to a buggy Webview than an actual interface tweak. For example, the search bar cannot be accessed, while the interface extends all the way to the edge of the screen. 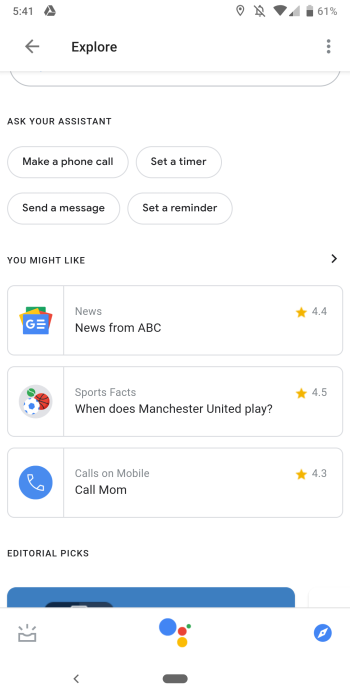 With Continued Conversation, users do not have to repeat the Hey Google hotword and can start a new query for a few seconds after Assistant has finished replying. Version 9.23 shows renewed work on making it available in other languages, namely German. It is still being tested with employees.

These strings also reveal that Google is generalizing the text describing Continued Conversation. It is no longer directly refered to as “Google Home,” just “devices.” Google could be planning on finally making it available to third-party Assistant speakers, or Smart Displays.

<string name=”assistant_settings_summer_time_mode_availability_clarification_override”>”Continued Conversation is currently available for English (US). If you use Google Home devices not shown here, the person with the primary account on those devices may turn Continued Conversation on or off in their Assistant settings. We are also currently dogfooding the following locales: all English locales, German (DE).”

<string name=”assistant_settings_summer_time_mode_availability_clarification_override”>”Continued Conversation is currently available for English (US). If you use devices not shown here, the person with the primary account on those devices may turn Continued Conversation on or off in their Assistant settings. We are also currently dogfooding the following locales: all English locales, German (DE).”