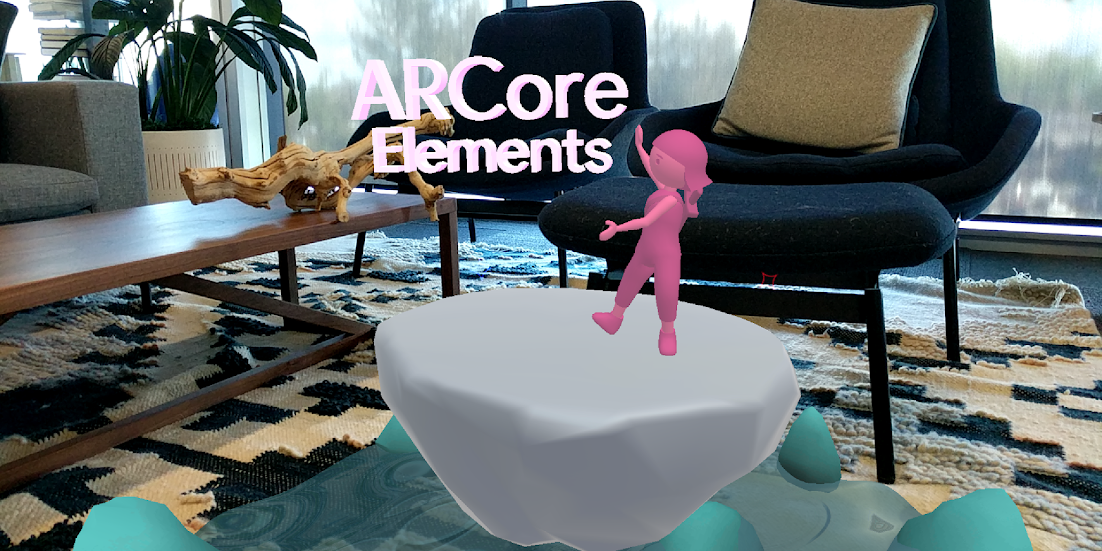 ARCore is Google’s platform for mobile augmented reality which does not require specialized hardware. As of December, it’s available on 250 million devices and powers features like Playmoji on the Pixel 3. The latest developer release today introduces a new Augmented Faces API and an ARCore Elements app for learning about basic principles.

ARCore 1.7 features a new Augmented Faces API for the front-facing camera. It creates a “high quality, 468-point 3D mesh” so that apps can overlay fun effects on a user’s face without a depth sensor.

From animated masks, glasses, and virtual hats to skin retouching, the mesh provides coordinates and region specific anchors that make it possible to add these delightful effects.

Available in Unity or Sceneform, Google notes that other AR features like plane detection are not available with the front-facing camera.

Version 1.7 of ARCore focusses on providing new UI tools and a richer creative canvas to developers, like letting objects dance, jump, spin and move around with support for animations in Sceneform. Meanwhile, Shared Camera access allows AR experiences to be paused so that users can take a picture with the camera and quickly resume.

Google also released a new ARCore Elements app on the Play Store yesterday that teaches developers and designers new to augmented reality “techniques for building better and more dynamic apps.” The app makes use of a virtual guide and other examples that users can interact with.

ARCore Elements makes high-quality AR production accessible and fun. It shows you how to set user expectations in AR, how to encourage users to move around and explore the AR world, how to interact with virtual objects, and more.

These ARCore Elements of common UI components have been integrated into the ARCore SDK for Unity. It allows developers to easily integrate common AR interactions like gestures for rotating, moving, and resizing virtual objects, as well as surface detection, into their apps “without having to reinvent the wheel.” Google plans to intergrate more ARCore Elements in the future.