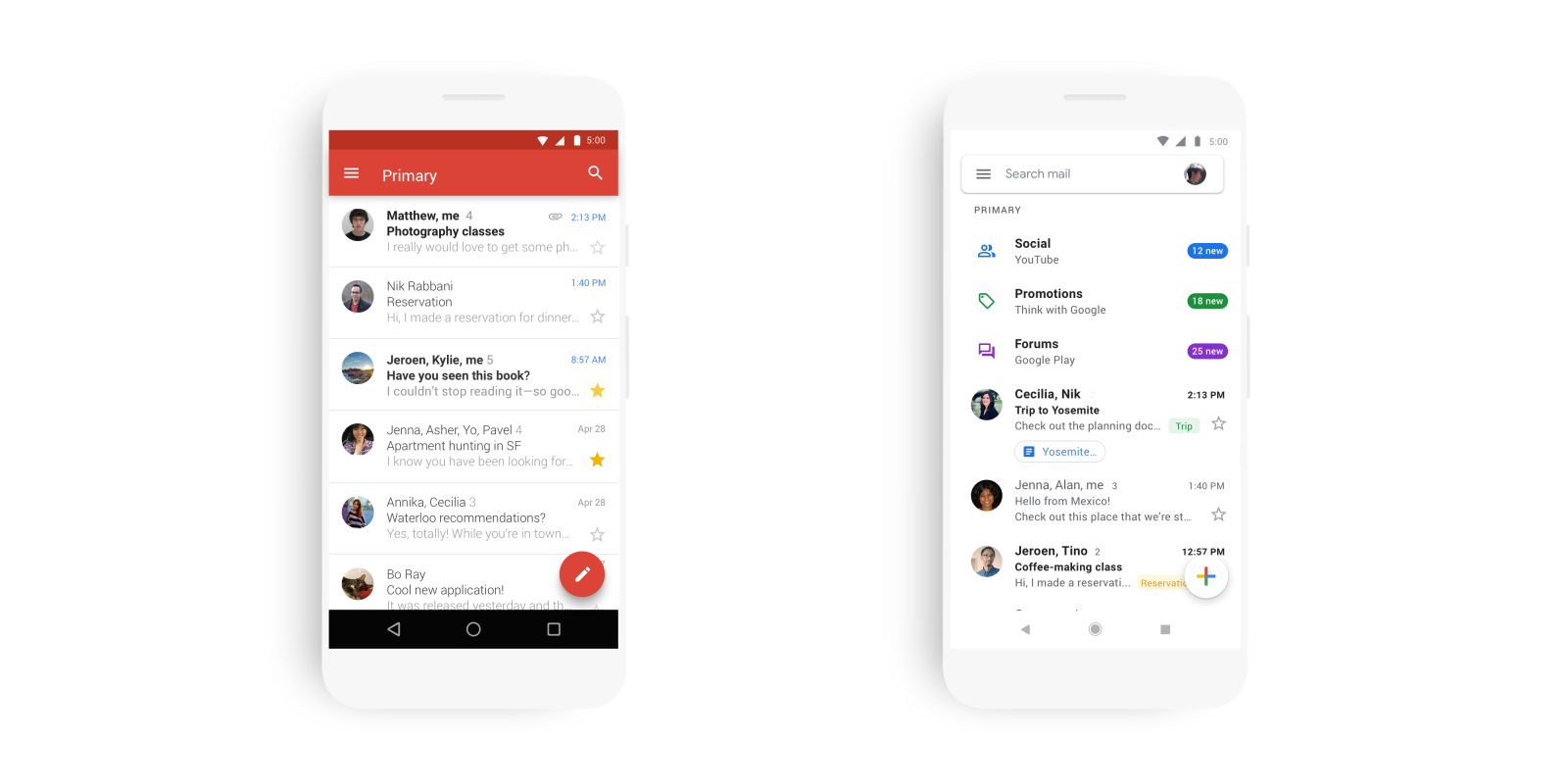 In late January, Google announced a big redesign of Gmail for Android and iOS that takes advantage of its updated design language, and brings features first introduced with the web revamp last year. The Google Material Theme is now rolling out to Gmail for iOS.

The new Gmail for iOS gets rid of the previous bright red color that themed the app bar and other parts of the interface. This stark white color starts at the top of the app where there is now a full-width search field. At the right is your avatar icon that opens an account switcher when tapped.

To the left is a hamburger icon that opens the navigation drawer. At the top is the Gmail wordmark, followed by folders and labels that adopt new Material Theme icons that feature bold outlines and hollow interiors. These icons are present throughout the rest of the redesigned app.

In the bottom-right corner is a four-colored FAB — which matches the web — to compose new emails. Besides the visual revamp, this version features three density “views” that users can select between: Default, Comfortable, Compact.

The standard will show the name of photos, documents, and other attachments right in the main message list for quick access. “Comfortable” gets rid of these pill-shaped shortcuts, while “Compact” removes sender icons for a very dense list. Users are prompted to choose a view on initial setup, but this option is available after the fact in Settings > “Conversation list density” at the bottom of the screen.

One benefit of the bright redesign is how labels and other colors immediately standout in the conversation lists. Another feature in this release is more prominent spam warnings for nefarious messages.

The Google Material Theme for Gmail on iOS is rolling out via a server-side update. If the new look is not already available for you on version 5.0.190127 (released on February 20th), close Gmail from the recently used apps view and reopen. It widely rolled out to Android earlier this week.