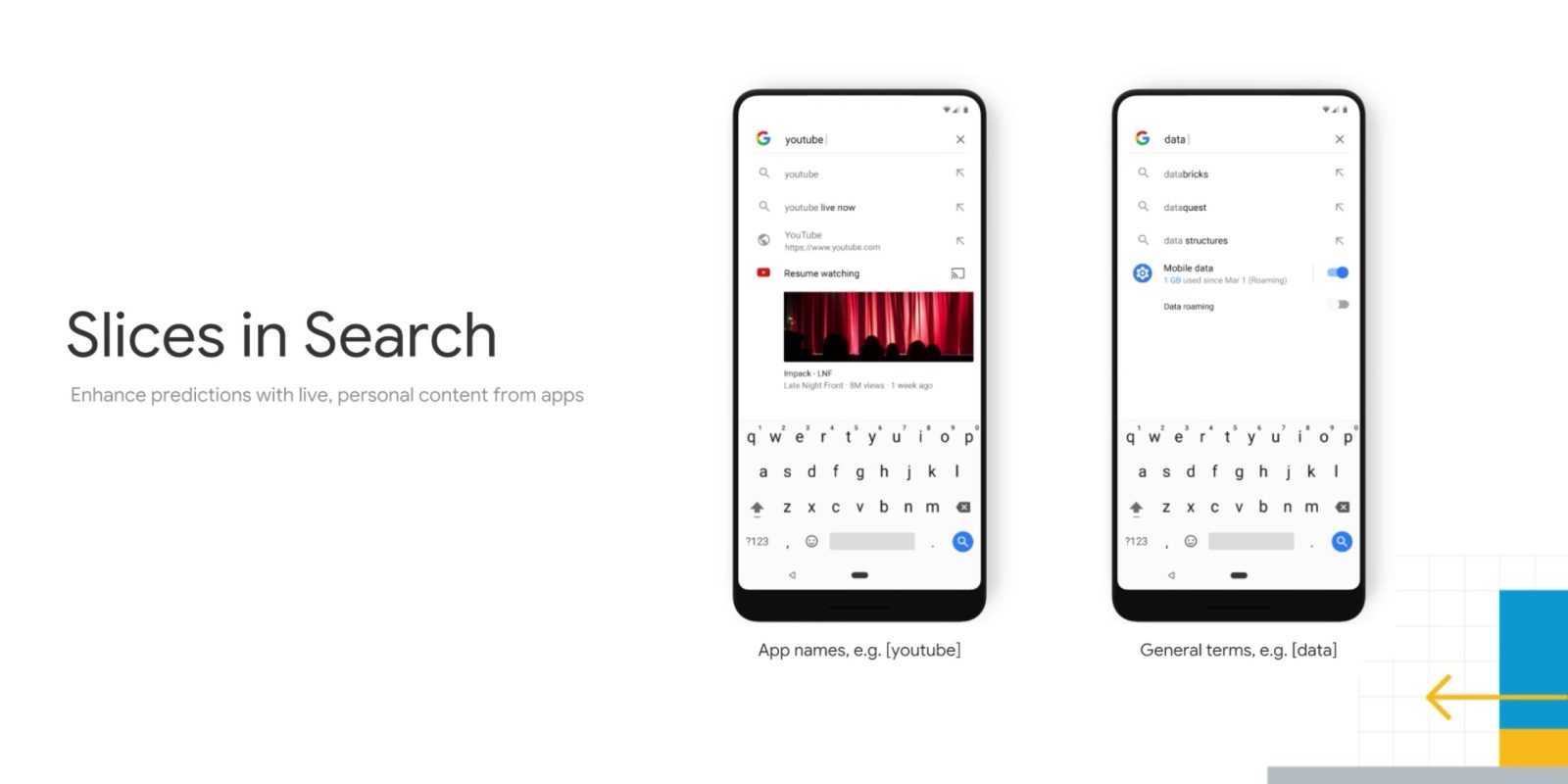 Google introduced Android Slices at I/O 2018 and began testing the new UI paradigm later that year with third-party apps. Slices are designed to surface the key features of applications in natural places, like Google Search. Shortcuts for the Settings app on Pixel devices are now beginning to roll out.

Last November at the Android Developer Conference, Google detailed how it would begin surfacing Slices as part of an Early Access Program with third-party apps like Doist and Kayak. In addition to on-device — apps, contacts, music, etc. — and web results, Slices would show up as users perform a search with the Google app.

Slices for various device preferences are now beginning to appear on Pixel devices running Android 9 Pie. A query for “Bluetooth” or “Wi-Fi” in the Google search field will bring up an inline toggle to quickly enable/disable that setting. These results feature the blue Settings app icon to the left, name, and toggle at the right.

Some include added context, with Wi-Fi noting the name of the network you are connected to, while audio-related Slices feature a volume slider. Before Slices, the result would appear in a similar fashion, but without the ability to take action. Users can still tap to open the full Settings page.

Slices take a second or two to fully load. For example, typing “blu” will quickly surface the shortcut, but the toggle only appears after “bluetooth.”

Google has already demonstrated that Settings is a prime candidate for Slices. In fact, examples the company showed off were far more advanced. One for “Mobile Data” noted inline how many gigabytes were used, while a mockup for “Brightness level” featured a slider right in the Slice. The latter does not even appear as a toggle today.

Other app examples include Lyft surfacing shortcuts to quickly book a ride, or Google Photos showing a carousel of images right in Search.

Settings Slices appeared over the past several weeks via a server-side update. It is live on four Pixel devices we checked today that have the latest Google app installed. Slices “extend all the way back to Android 4.4,” but we’ve so far only spotted them with Pie. 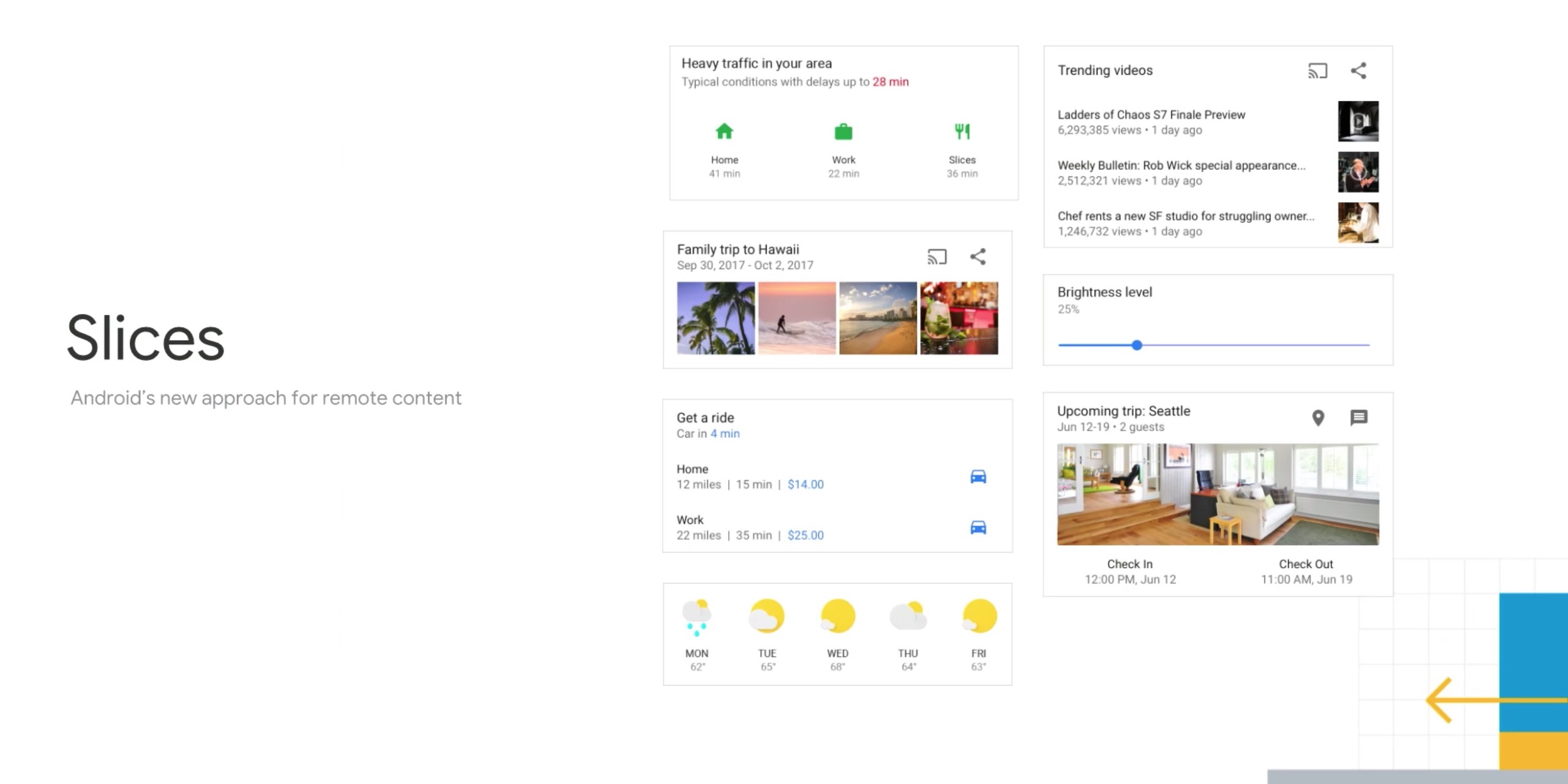