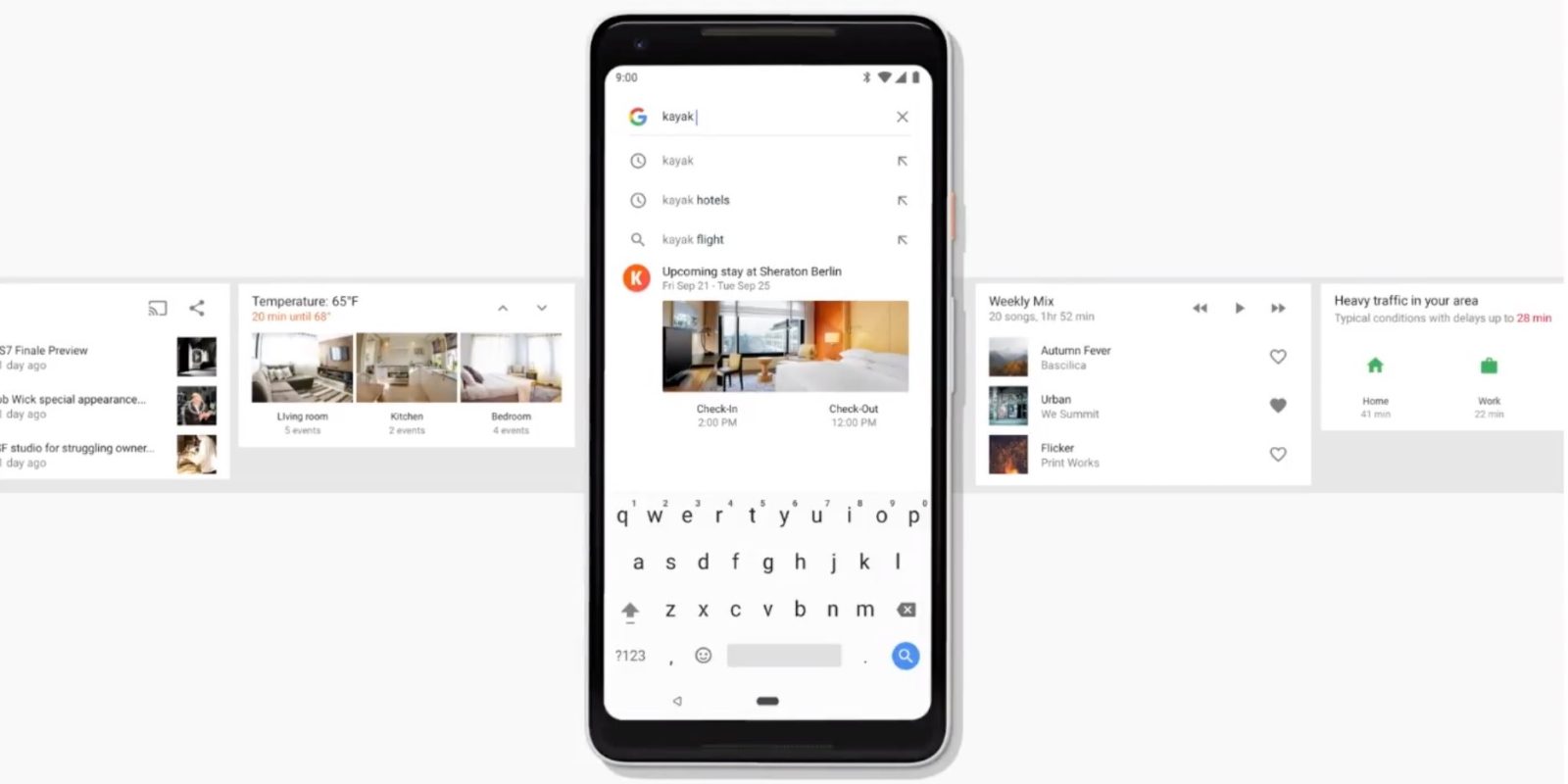 While the headlining announcement from the 2018 Android Dev Summit was Android Foldables, Google announced a number of other features, including when the first Slices will be available, as well as Android Studio on Chrome OS.

At I/O 2018, Google announced the concept of Slices with Android 9 Pie. This new paradigm allows apps to surface relevant components and features in natural places, like Google Search. For example, when searching “pictures from Hawaii,” Google Photos could display an in-line carousel of results right in front of you.

If you’re ordering a Lyft, the nearest vehicle and pre-populated destinations, like Home and Work, allow you to quickly start a trip. Google has been working with a number of third-parties to fine-tune the experience.

This month, Slices will be available as part of a public Early Access Program with partners like Doist, Kayak, and more. Google will also begin experiments in the Search app to surface various Slices when relevant.

Also on the development front, Android Studio will be an officially supported IDE on Chrome OS starting early next year. It comes as millions of Android apps are available for Chromebooks, with developers better able to build apps right on the development device.

Meanwhile, since detailing at I/O 2018, Android App Bundles have seen increasing adoption by the developer community. Google notes thousands of app bundles in production, resulting in billions of installs. The company is already using App Bundles for YouTube, Google Maps, News, and Photos. In Google Photos, the app is now 40% smaller as a result. 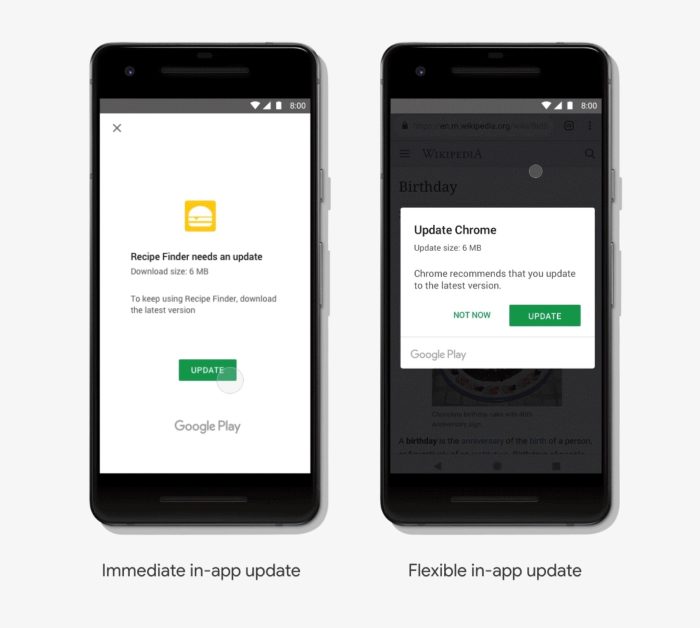 Announced at a Play developer event last month, Google better detailed the In-app Updates API today. The first option allows apps to display a full-screen experience for critical updates, like games, that users will want to wait for. A second lets you keep using an app while the update is applied, with developers given the opportunity to customize the experience.

Google Chrome is experimenting with the latter flexiable approach, with users seeing an “Update Chrome” prompt in the overflow menu, followed by a Play Store dialog detailing the update size. Once confirmed, the patch will download in the background with a snack-bar sliding up from the bottom of the screen to alert users when finished and to “Restart Chrome.