Yes, Android tablets still exist. The problem is that they exist in a sort of purgatory between zero support and somewhat waning demand. The Samsung Galaxy Tab S5e likely won’t change that, but in all honesty, it seems a nice tablet that might have a market after all.

The problem is not that the Samsung Galaxy Tab S5e is a bad device, far from it. It just makes no sense when at first glance, it’s a glorified ‘big phone’ running oversized phone applications.

You could level the same criticism at the iPad but at least the iPad has dedicated tablet applications that change to suit the display size. It is almost criminal how the Android tablet application ecosystem has been simply left to collect dust and really die a slow and painful death.

Although with all that said, as a portable Netflix and web browsing display that can even do a bit of Android gaming, the Galaxy Tab S5e really does become a much more sellable asset in the Galaxy product line. I am genuinely looking forward to spending a little more time with it.

There is no doubt that the Samsung Galaxy Tab S5e resembles the iPad Pro. Whoever came up with the design, it doesn’t really matter a great deal. This looks like an iPad Pro and to the general public it, the comparisons will always go in favor of Apple in that regard.

Yes, I know that the Galaxy Tab S4 was ahead of the iPad Pro, but it has a slightly different camera arrangement and the black color looked much sleeker in my opinion. Simply by moving the camera at the back, the Tab S5e begin to resemble the iPad that little bit more. Maybe it was unintentional but to me, it feels like it has been ‘influenced’ by that tablet design at the very least. 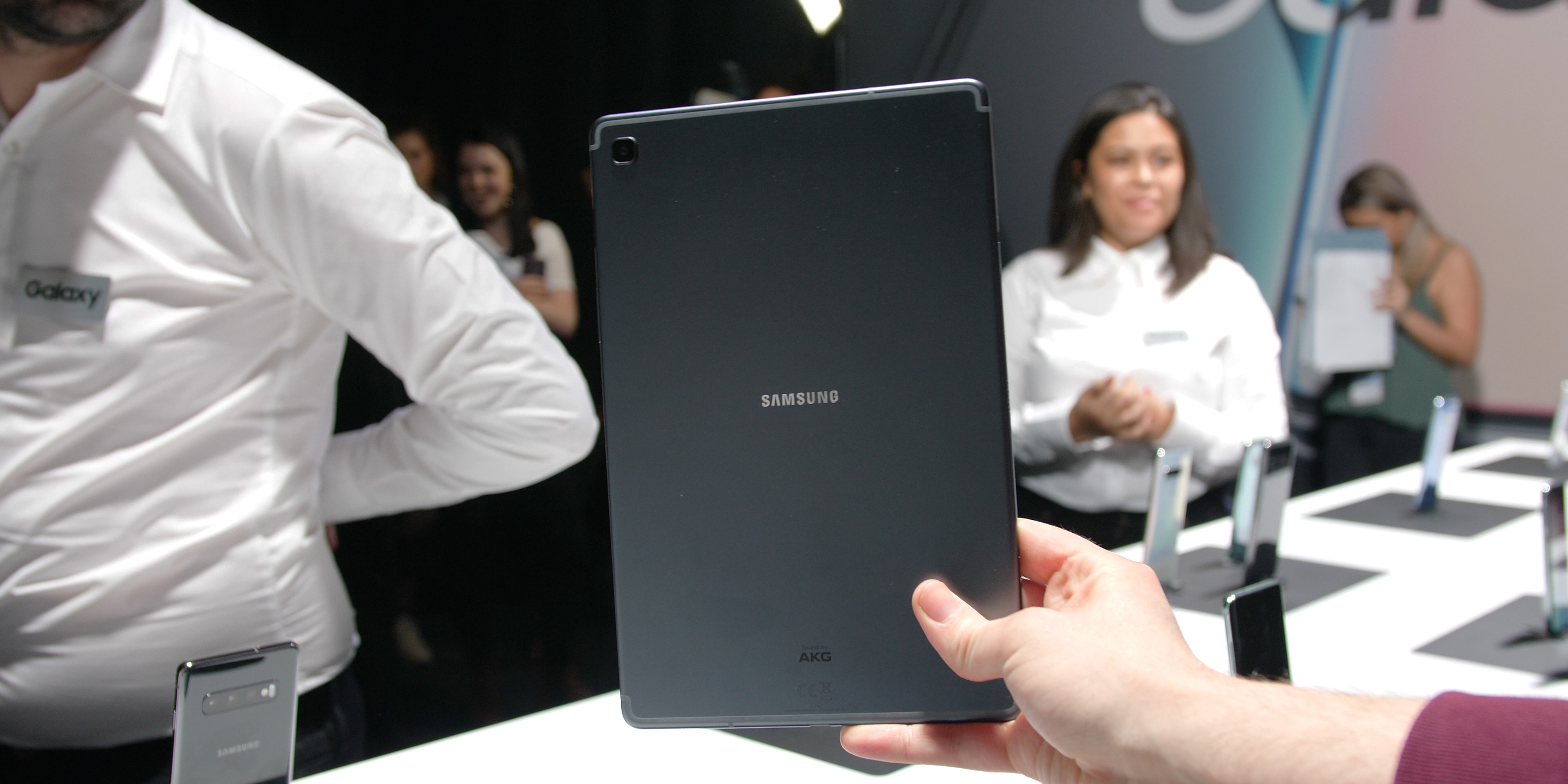 That isn’t to say that this it was a bad design decision, far from it. The Galaxy Tab S5e looks and feels great. It’s thin, light and the display, wow that display. No matter the form factor, Samsung seems to do things with displays that others simply can’t. It looks absolutely gorgeous.

There’s no doubt that side-by-side with tablets at the same price range you will see people gravitate towards the Tab S5e almost every single time. I found myself drawn to the 10.5-inch QHD Super AMOLED panel from the outset. It is crisp, vibrant and will no doubt be amazing for watching movies and TV shows on.

I’m surprised at just how light the tablet feels when you pick it up for the first time. I expected it to have more heft but was surprised after picking up. Despite feeling light, in no way does it feel flimsy or brittle. It feels sturdy despite having a slight frame, although I would most definitely get a flip case to keep it protected.

Now, this is one area I noticed a few issues with the Galaxy Tab S5e. When having a test of the device at the launch event, there was zero noticeable lag, slowdown or hiccups apart from one massive device freeze with the Asphalt 9: Legends game. At first, I thought it might have just been a solitary device issue so tried to load it up on another unit, only to face the same issue.

The Snapdragon 670 chipset and 4GB of RAM inside shouldn’t really struggle with almost anything you can throw at it, but that aforementioned hiccup was likely due to the application rather than the hardware, everything else I tested ran flawlessly. 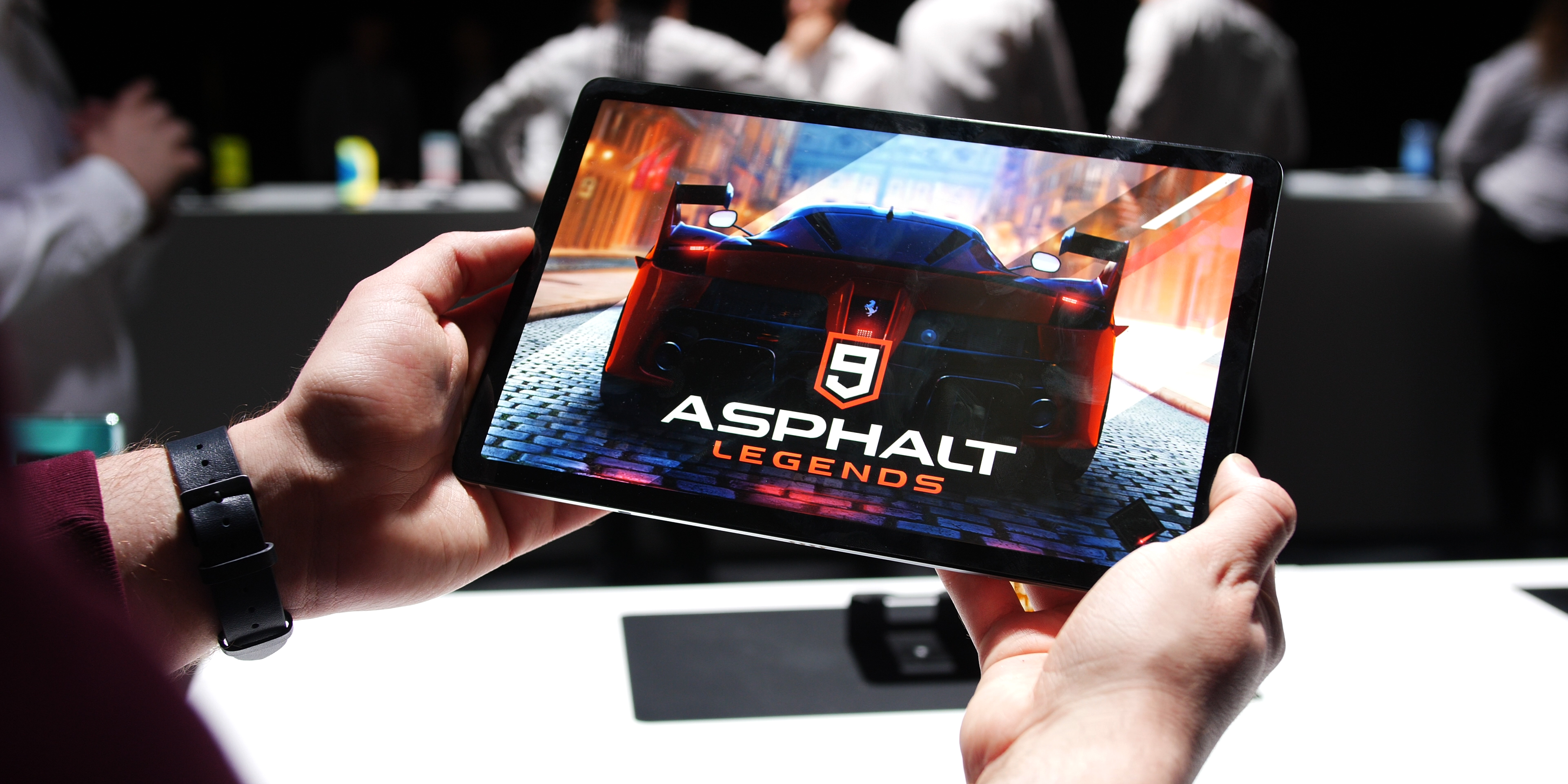 Android Pie and One UI are also bundled with the Galaxy Tab S5e, but with limited hands-on time with the tablet, it’s difficult to see where any alterations have been made to enhance the larger size and footprint. At first glance, it just feels like a supersized version of One UI for smartphones, which might be ok, but isn’t exactly ideal when you have such a large display.

I’ll save judgement for a full review, but at the moment it’s one area that almost all Android tablets suffer in my opinion. Although, I will say that app scaling is infinitely better on Android than on iOS in that regard. The only thing I did notice was the slightly altered multi-tasking pane, which leads me to believe there might be some other tablet-specific features.

If you were interested in how this tablet runs, you shouldn’t worry, it was pretty impressive and I’m sure it will be more than enough for most people wanting a secondary screen to complement their smartphone or laptop for entertainment purposes.

The last Android tablet I truly loved what the Nexus 7. It did very little better than my Nexus 4 at the time, but for content, a bigger display is infinitely more enjoyable. For that reason, I will always have a soft spot for the plucky Android tablet looking to fight the juggernaut that is the Apple iPad. The problem is that for all intents and purposes, the iPad is a much better purchase.

The Samsung Galaxy Tab S5e is not without merit though. As a device simply to watch Netflix and YouTube on, the display alone makes it a worthwhile purchase. I am not so sure about where this fits in the marketplace, but I am sure that as a secondary device simply for TV, movies and the odd bit of gaming it will be a popular choice.

At a starting price of $399, this tablet is basically one of the only options at this price-to-power ratio and it simply might be the best tablet to buy as there is no other alternative. I am excited to give the tablet a go because of that reason too.

One thing I do think might help sell this device is that for less than the cost of the top-tier Galaxy S10+, you can pick up the base model Galaxy S10e and the Galaxy Tab S5e and still have a little chunk of change left over. If Samsung were to bundle them together for college students and those in education, I genuinely think this could fly off the shelves.