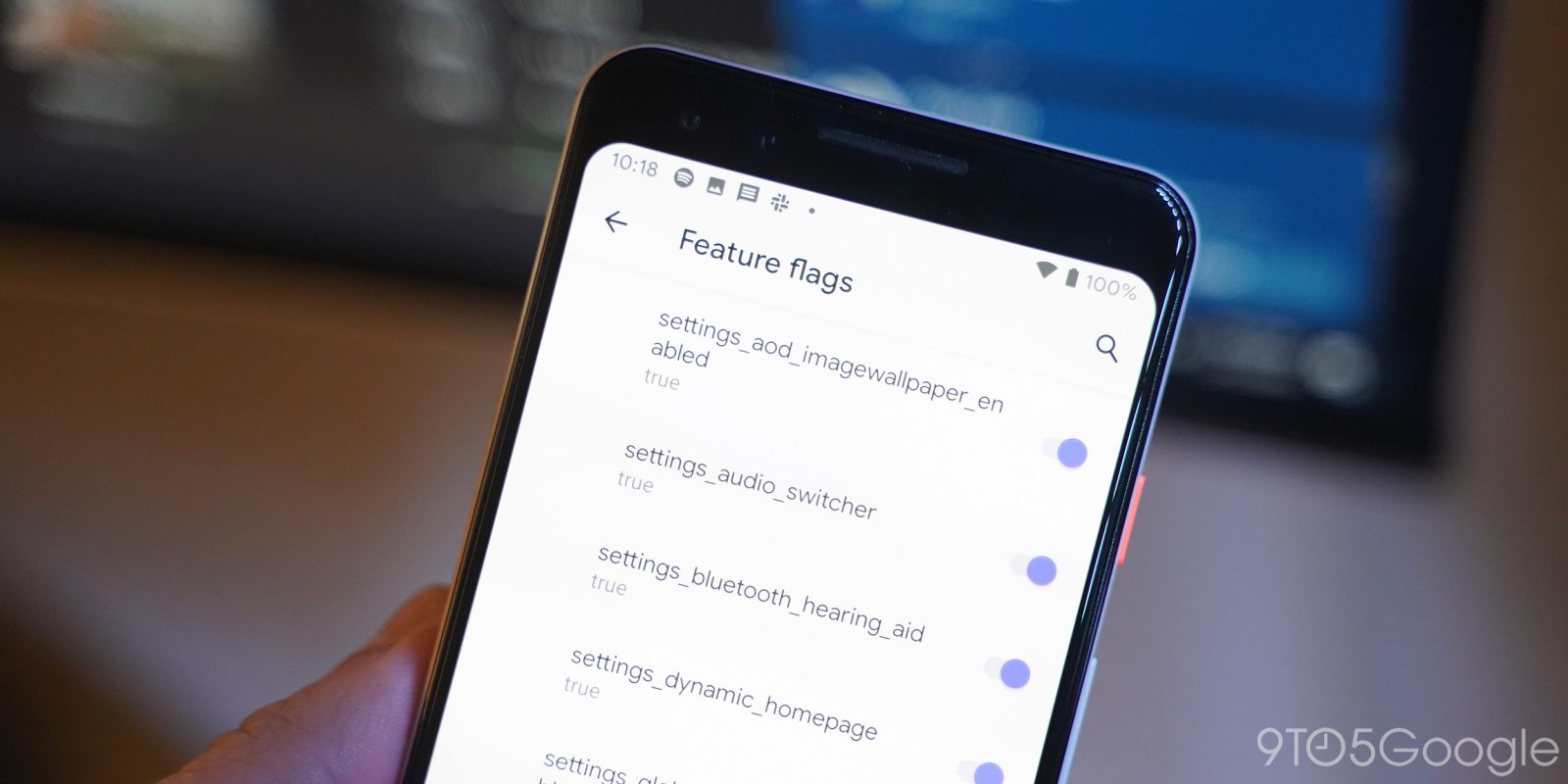 The Android Q beta comes with a significant number of new features, some closer to ready than others. Buried in the Settings app, there’s a variety of other, more experimental features you can try out, hidden in the “Feature flags” menu if you’re feeling brave. Here’s a rundown of what they all do.

The simplest way to change your Feature Flags is to open the Settings app and search for “flags.” This should pull up Feature Flags right away. Otherwise, you can find them in Developer Options under the Debugging sub-section.

All of these feature flags will reset to their default setting when you restart your phone, so don’t be afraid to try them out. But that also means don’t be surprised when you have to re-enable the good ones after every reboot.

The whole thing is subtle enough that you may not even notice.

Defaults to On. This feature flag adds information about some of your current settings, like Night Light and Battery Saver, to the home page of Settings, for easier access.

Defaults to Off. This flag changes the long-press Power menu (also known as “global actions”) to a new arrangement. Where the current arrangement, from Android Pie, is a column of options on the right-hand side, this flag changes to a grid-like arrangement starting from the bottom-right corner.

This new design is important due to the variety of new options displayed in the Power button menu, like Emergency, and is also a great choice for one-handed use by owners of large devices like Pixel 3 XL.

Defaults to On. This reorganizes the “Network & internet” menu in the Settings app to more prominently display the VPN and Private DNS options. It also gives the “Mobile network” menu a redesign to include a handy data usage graph. Disabling the feature flag returns to Android Pie’s design.

Update: Reader kan84 notes that this flag also enables Dual Sim Dual Standby, though I haven’t been able to personally verify that.

Defaults to Off. You may have already read about this flag, which offers an early, work-in-progress way for you to record your screen with no additional apps. Once enabled, you can long-press the Screenshot button in your Power button menu to initiate screen recording.

Defaults to Off. This is one of the cooler flags available, as it adds a new option to your music player controls in the notification shade which lets you quickly switch between audio output devices. Just tap the music note icon to access the new menu. You’ll need to have a Bluetooth device or any other connected speaker to see this flag in action.

Defaults to On. This flag is part of Android Q’s new WiFi security features. It changes your device’s MAC address between WiFi networks, to help protect your privacy. According to Google, this was an option in Android Pie, but is on by default in Android Q.

Defaults to On. Android Q’s new WiFi settings offers a super convenient way to share a WiFi network’s security info to another device via QR code. Disabling this flag hides the UI for this feature, but I can’t imagine why you’d want to.

There’s also a few flags we’re still figuring out the meaning of. If you stumble upon a difference caused by one of these flags, let us know in the comments. We’re going to keep this page updated as we collectively figure them out.