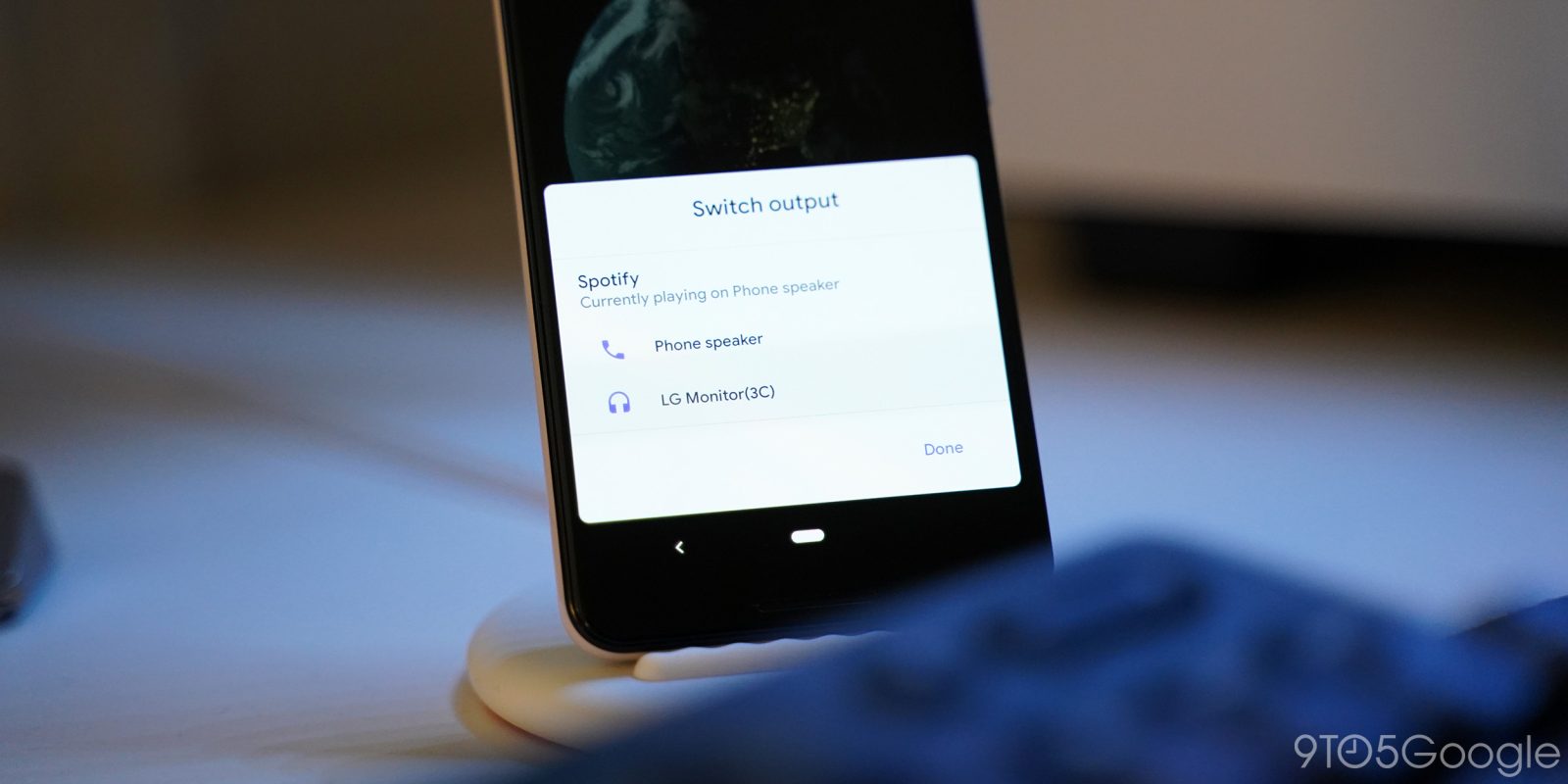 Android Q’s first beta makes a few changes audio lovers are sure to appreciate. For one, the always-on display on Pixel now shows the currently playing track. Along with that, however, Android Q has a new output switcher as well as revamped lockscreen album art.

First and foremost, let’s take a look at Android Q’s new output switcher. When you have multiple output options available – a pair of Bluetooth headphones and your phone’s speaker. For example, you can easily switch between the two of them without turning anything off or disconnecting anything.

After you’ve turned on the seamless_transfer flag in Feature Flags, any media notification can show a music icon which opens the Android Q output switcher. We’ve tested this out with YouTube and Spotify and both seem to work without a hitch. The setting instantly changes the audio stream when you switch between the available outputs.

The groundwork for this was laid in previous versions of Android, but past versions of the OS never left this as such an easily accessible feature. Of course, you’ll still need to enable a flag to get it working, but I’d wager that this might be enabled by default by the time Android Q gets a stable release.

Further, Android Q also introduces a tweak for lockscreen album art. Fullscreen album art has been around in one way or another since the days of Android KitKat, and it’s still a visually pleasing part of the OS. In Android Q, though, the feature blurs out the album art as seen in the image below. From what we can tell, there’s no way to change this behavior. Personally, I think it’s a bit too intense, but on some album covers, it looks quite nice. 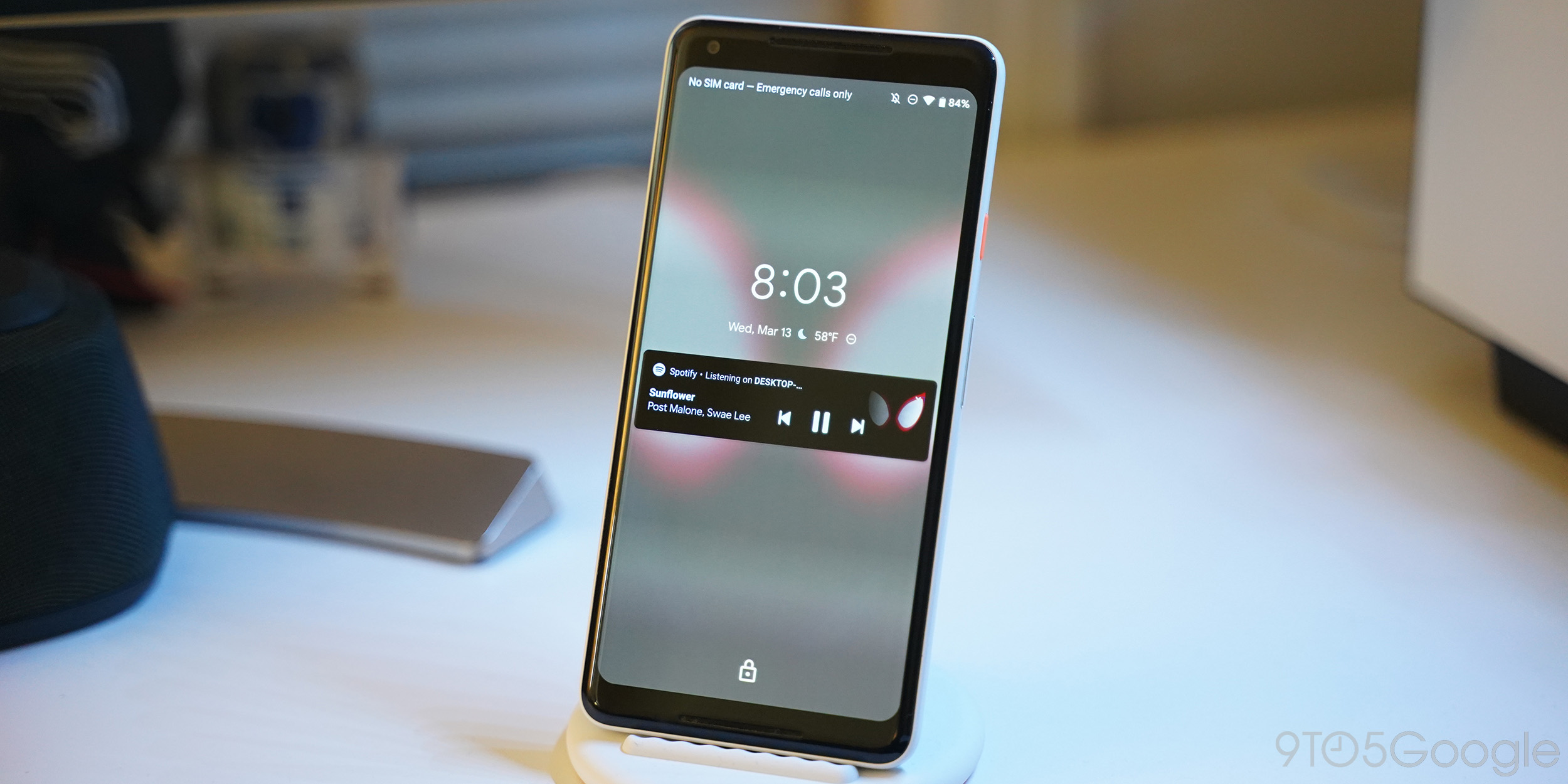