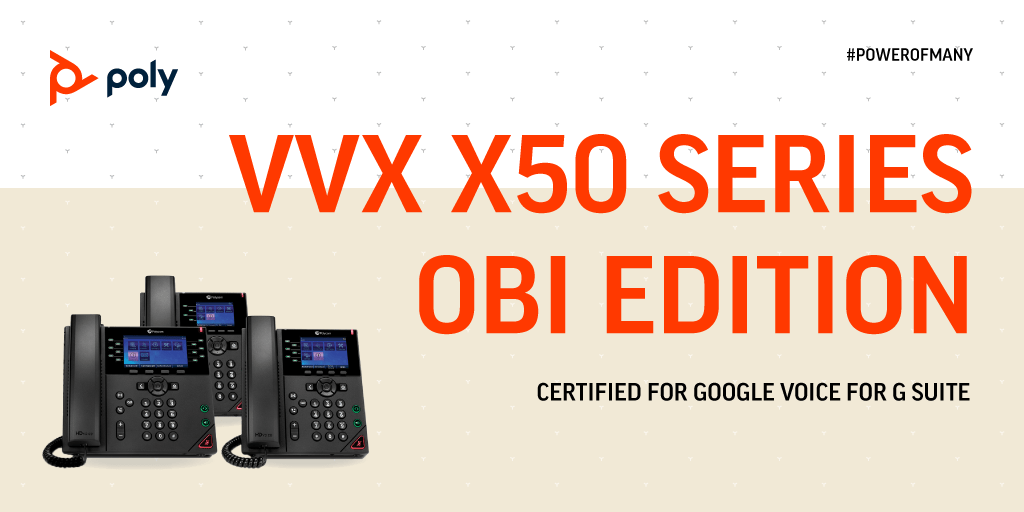 Last July, Google Voice became a G Suite product to provide telephony services for enterprise customers. Companies can assign numbers to employees that are accessible on Android, iOS, and the web. However, another use is traditional desktop phones, with Google certifying the first units this week.

This enterprise version features better user management, detailed reports, and call routing functionality. When provisioning and porting phone numbers, admins can assign to individuals or entire departments. That latter use case is ideal for department stores where wired, stationary desktop phones are preferable to mobile ones.

Poly and Google Cloud formed a strategic alliance to “create integrated solutions for businesses that rely on Google Cloud’s G Suite with Google Voice.” For enterprises, devices can be customized to meet specific business demands during setup.

Three desktop phones have been certified by Google: VVX 250, 350, and 450 OBi Edition phones. The devices features crystal-clear audio and “Acoustic Fence technology” to eliminate noise and echos. These Poly phones will work with Google Voice for G Suite when the service enters general availability in 10 countries around the world.

Poly and Google are also working on certifying headsets and speaker phones for other mobile and desktop use cases.