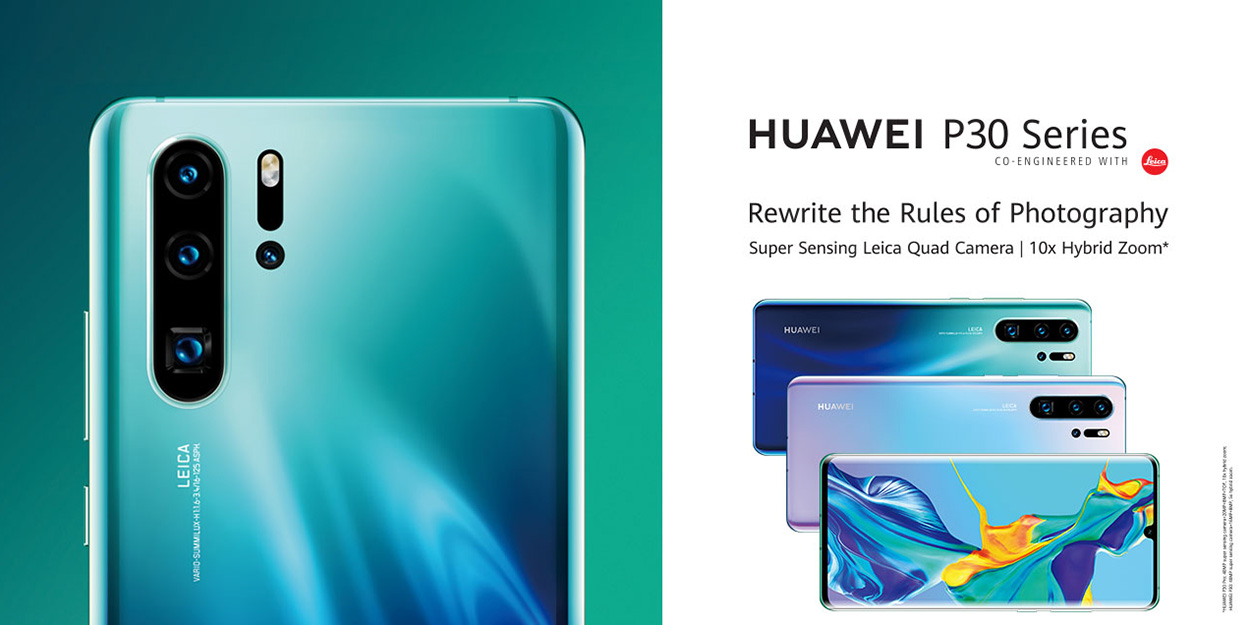 An event teaser page on Huawei’s own official consumer website has effectively confirmed every single P30 Pro leak to date (via Twitter). It shows off the phone in its full glory with a quad-camera setup, 10x zoom sensor, and also shows off the nearly bezel-less display up front. Essentially, we now know just about everything we need to about Huawei’s next flagship.

The leaked page details that the Huawei P30 Pro will have a 40MP “SuperSpectrum Sensor” primary camera, a 10X zoom periscope lens, ultra wide-angle lens, and a ToF camera on the back of the phone. Notably, this is the first time we’re seeing renders of the device that showcase the look of that ToF sensor in detail.

Huawei further details on the leaked page that the P30 Pro will feature improved low-light recording. It also mentions a feature we previously didn’t know about called “dual-view” video. This feature uses two of the rear cameras, one of which is the 10x zoom lens, to record different perspectives at the same time. This feature apparently won’t arrive at launch, though.

Two rear cameras work at the same time allowing you to watch the overall view of the game and zoom into the players’ exciting actions. Enjoy the moment with different perspectives with HUAWEI Dual-View Video.

Further, the Huawei Watch GT Active gets a mention. There are no details about the watch, but it confirms a previous leak from earlier this month.

Most likely, this page will be taken down at any time, so we’ve downloaded all of the relevant imagery below.