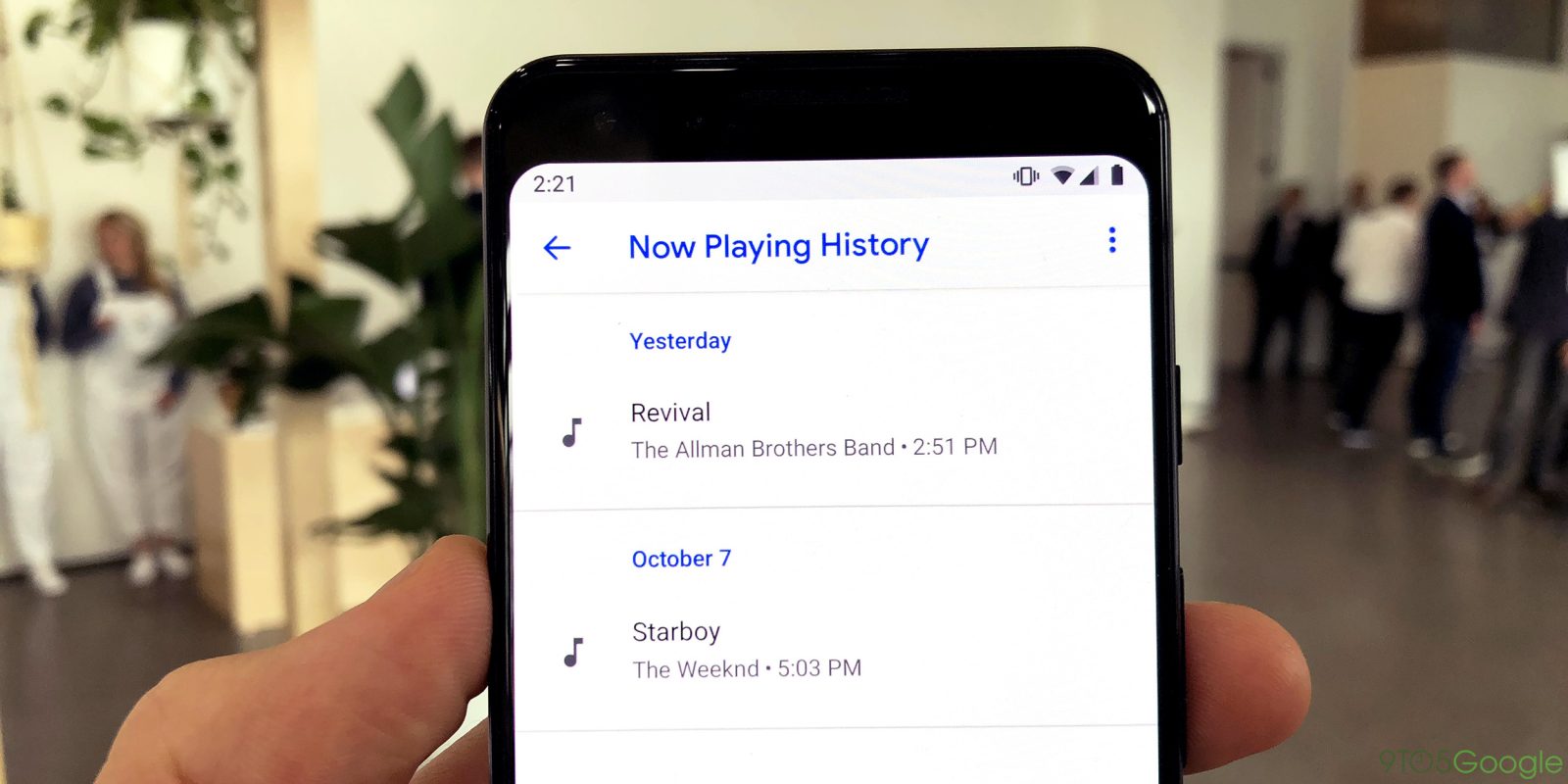 With the Pixel 3 and Pixel 3 XL, Now Playing added a very useful history to view all your recognized songs and quickly take action on them. The latest version of Pixel Ambient Services in Android Q suggests that location history and the ability to leave feedback are the next major features.

Now Playing is powered by Pixel Ambient Services and version 1.0.229715350 (via APK Mirror) included with Android Q Beta 1 reveals how “Now Playing history can include location and activities.” Google touts “driving” as an example of activity recognition.

<string name=”history_context_activation_dialog”>” Your Now Playing history can include location and activities, like driving. To include this information, allow “Pixel Ambient Services to access your location on the next screen.

This feature is not yet live, and involves granting the location permission to Pixel Ambient Services. In the future, users will be able to visit their song history (in Settings or via the homescreen shortcut) to see where it was recognized, with Google noting what you were “Near” at the time. If available, what activity you were performing will also be listed.

The history feature launched during the October 9th event last year, so it’s possible location and activity recognition will not arrive until the next Made by Google event. Alternately, it could go live over the next several Android Q Betas and debut with the stable release in Q3.

Now Playing could soon gain a way to leave feedback and improve the on-device feature. One option involves sending “captured audio” that may have been incorrectly identified, while another will just send “detailed logs.”

<string name=”user_feedback_explanation”>This will send information to the Now Playing team to improve the feature in the future. It will send the name of the song that was recognized and detailed logs of what was captured. Access to this information is restricted and monitored by appropriate engineering and feedback teams..

<string name=”user_feedback_audio_checkbutton”>Send captured audio. If this is not checked, no audio will be sent to Google, only detailed logs.</string>

In addition to adding an optional comment, users can select from one of four default errors:

While location history and sending feedback is not yet live, one change to Now Playing is already available. The “Add to Liked Songs” option for Play Music in the action menu has been renamed to “Add to Thumps Up.” Functionality remains the same, with the actual playlist in Play Music named “Thumbs Up.” Google likely copied the YouTube Music shortcut.

Like calendar events and travel ETAs, Now Playing notifications in Android Q now appear in the new pill-shaped space at the bottom of the AOD and lockscreen. 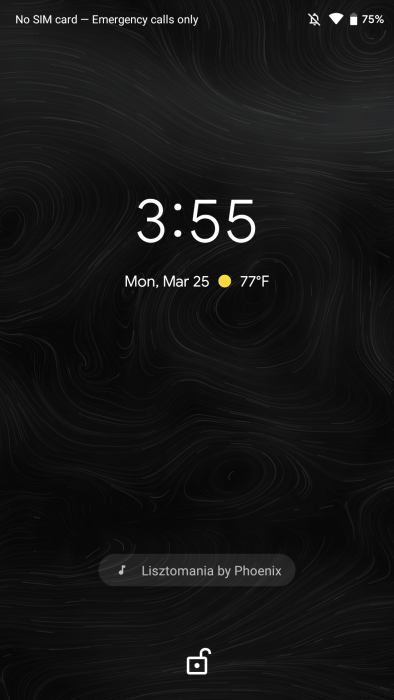 Pixel Ambient Services 1.0.229715350 is rolling out now via the Play Store. We do not post APKs to download directly given the legal challenges associated with copyright and possibility of removal. Meanwhile, that model is perilous given Android App Bundles and Google Play’s Dynamic Delivery.