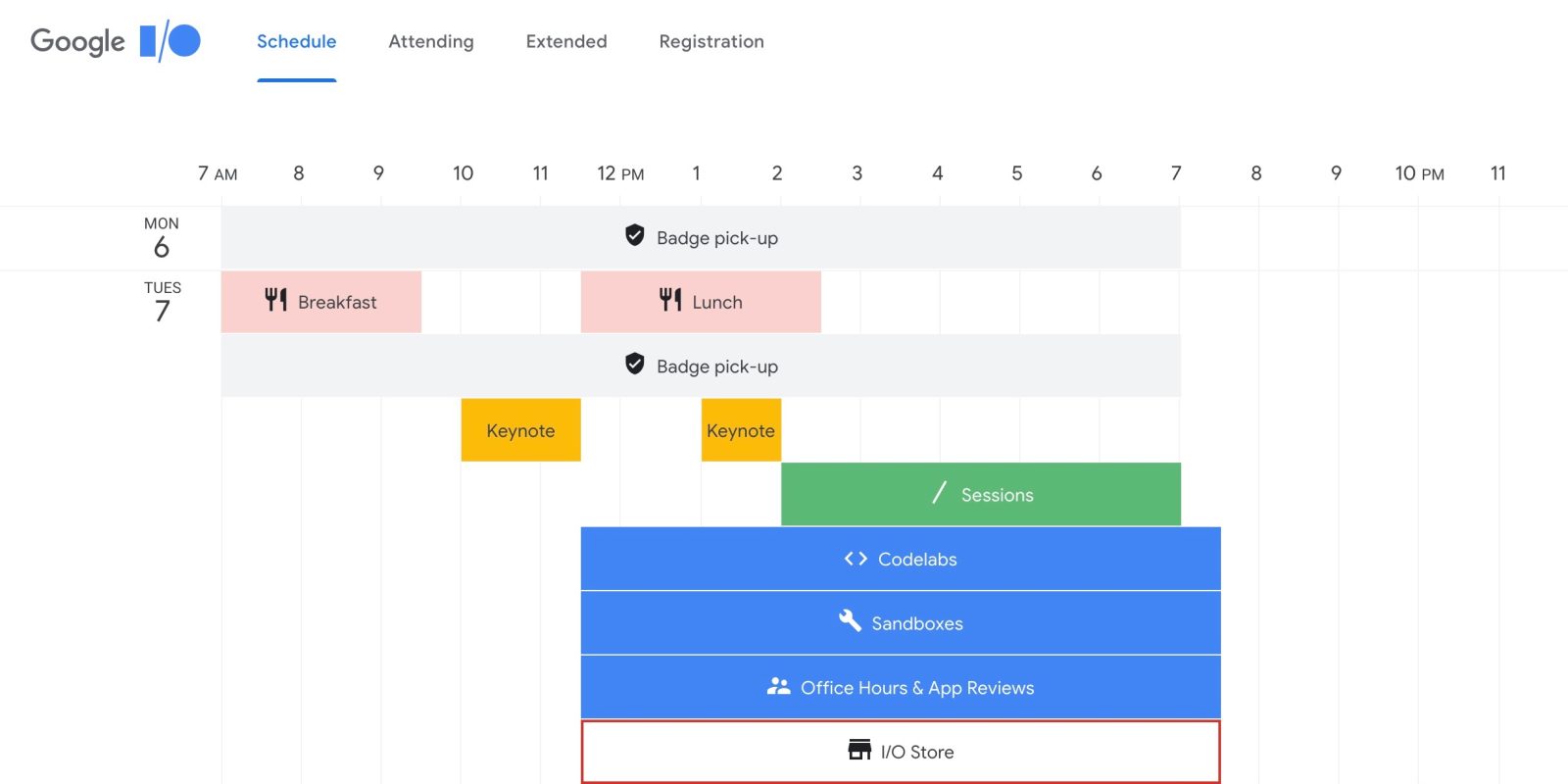 After providing a preview of developer conference tracks and sessions, Google today released the initial I/O 2019 schedule. The main Google Keynote featuring major product announcements from CEO Sundar Pichai and other executives will be on Tuesday, May 7th at 10AM PST.

This is only the initial list of sessions, but provides a basic schedule for the three-day developer conference. Like in past years, the full schedule will not be posted until after the main keynote on Tuesday when all the announcement have been made.

Exact times, locations, speakers, and a livestream filter will be added closer to I/O, as well as the ability to customize your own schedule by saving events / reserving seats for sessions (attendees only). This is just a preview! More events will be added frequently, so make sure to check back often. All times are in PDT (Pacific Daylight Time).

Conference attendees can reserve seats for Sessions and Office Hours in mid-April when the updated Android and iOS apps are released. Google notes that the “full lineup” of Sessions, App Reviews, Office Hours, and Codelabs will be made available then.

The event starts with a two-hour Google Keynote followed by a one-hour Developer Keynote in the afternoon after lunch. There are at least two sessions about Stadia, including “What’s New in Gaming at Google” where VP Phil Harrison will be presenting and “Stadia Streaming Tech: A Deep Dive.”

This session provides technical details for the streaming technology that powers Stadia, from maximizing visual quality to minimizing latency for the end user at 60 frames per second.

There is also “Best Practices for Developing on Android TV” and the Android Fireside Chat to close out I/O, but no Wear OS session as of today. It could be added closer to the developer conference.

Similar to how Waymo had a presence last year, there is also a session called “Teaching a Car to Drive Itself by Imitation and Imagination” from Alphabet’s AV division. As of this evening, there are no sessions from Verily.

Google I/O 2019 runs May 7-9th and will be hosted for the fourth year in a row at the Shoreline Amphitheatre in Mountain View, California.