Hangouts Chat spotted in G Suite side panel, could be upcoming Gmail integration 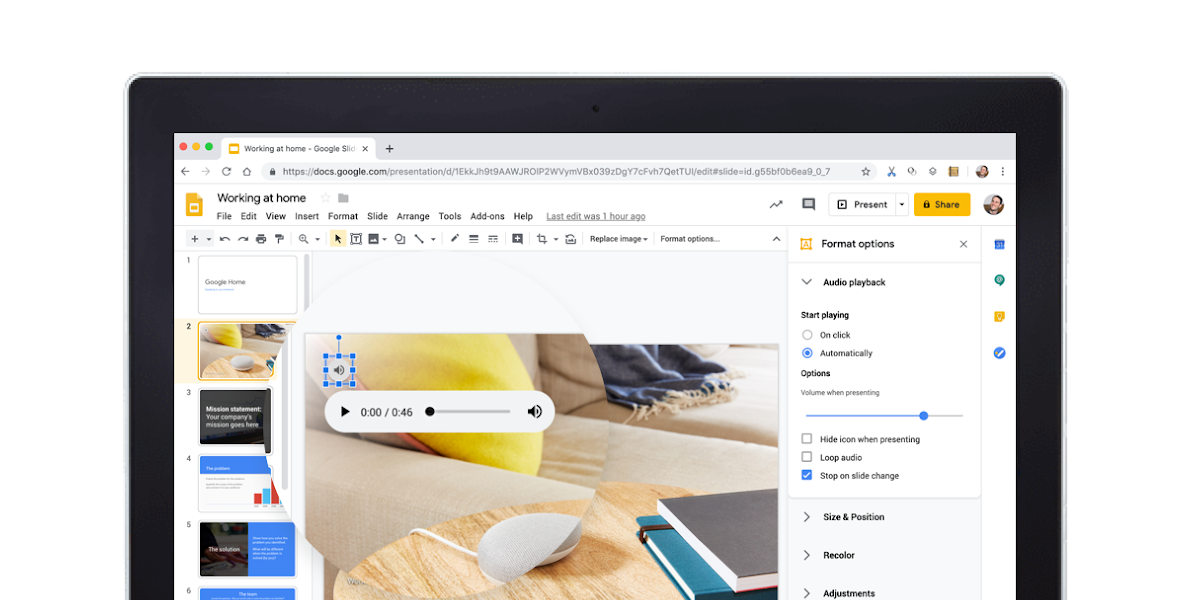 With the new Gmail for web last April, Google introduced a “quick-access side panel” with widgets for Calendar, Keep, and Tasks. It has since been added to other G Suite apps like Drive and Docs on the web. The next service to make an appearance in the side panel could be Hangouts Chat.

The G Suite blog announced today that Google Slides now supports MP3 and WAV audio files in presentations. An included screenshot showing that functionality inadvertently revealed a new item in side panel that is not currently available.

Hangouts Chat appears alongside Calendar, Keep, and Tasks, and even gets second billing from the top in that list. That image is presumably something that Google is already testing internally, and makes for an interesting integration.

With classic Hangouts being deprecated later this year for enterprise customers, Google promised that Hangouts Chat would gain those legacy features, most notably is an upcoming integration with Gmail. 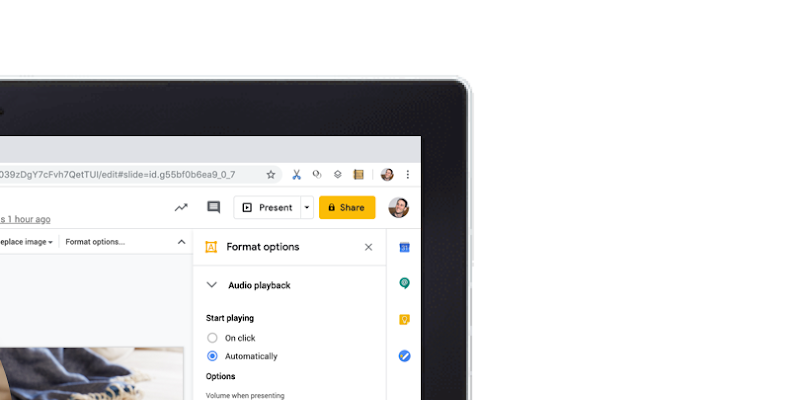 Hangouts — and Google Talk (Gchat) before it — has historically been accessible from the Gmail sidebar online. Users could see a list of conversations, start news ones, and open several chat windows at the bottom of their screen.

While that position would be a natural choice for Hangouts Chat, the G Suite side panel would make Google’s latest messaging service more widely available across all the company’s productivity tools. Google imagines the sidebar as a way for you to “quickly access other G Suite products without leaving what you’re working on.”

Instead of being limited to email, users could quickly talk with team members inline when collaborating on a document. It also raises the possibility of Hangouts Chat replacing the default collaborative chat features in Google Docs, Sheets, and Slides.

With the Cloud Next developer conference next week, Google could announce this new Hangouts Chat integration then.