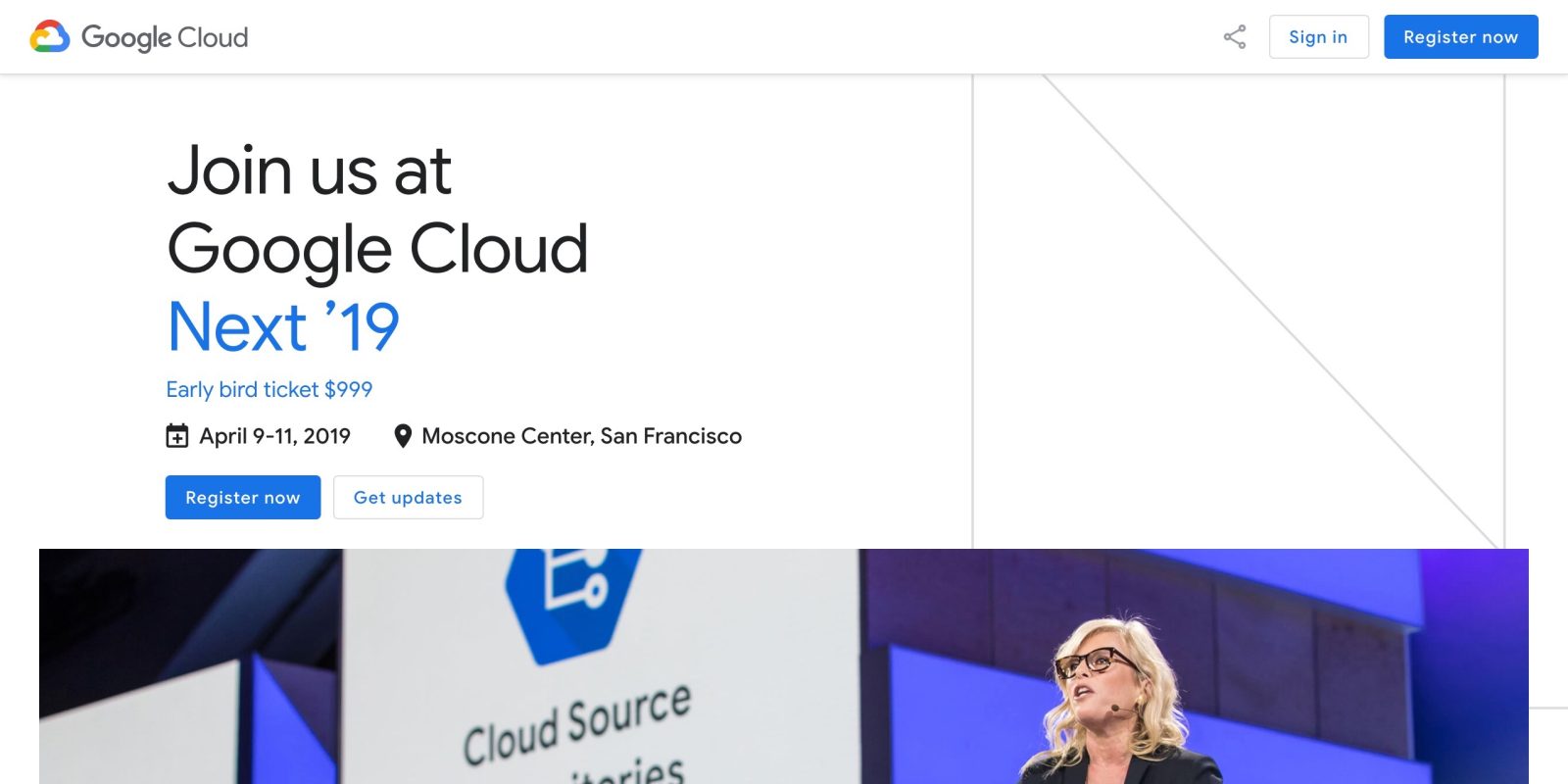 Besides I/O, Google hosts Cloud Next every year to showcase and announce new enterprise products from G Suite to Cloud and developer tools. Next year, the conference will take place in San Francisco in April and comes as Google Cloud is in the midst of a CEO transition.

Like this year, it will be held at Moscone Center in San Francisco. However, instead of July, it is now taking place in April. Google notes 23,000 attendees at Next ’18, with the upcoming show featuring 500 breakout sessions by more than 1,000 Google, customer, and partner speakers.

Google is taking sponsor applications for Next ’19, while registration opens today with early bird tickets at $999. That offers runs until March 1st with general registration at $1,699 and late call pricing at $2,000 on April 8. Next ’19 will also have events in Tokyo over the summer and London in the fall.

Meanwhile, this conference could serve as a major debut for new Google Cloud CEO Thomas Kurian. The 22-year Oracle veteran replaces Diane Greene who scaled up the division since inception. She will be leaving the role in January, but remains on Alphabet’s board of directors.