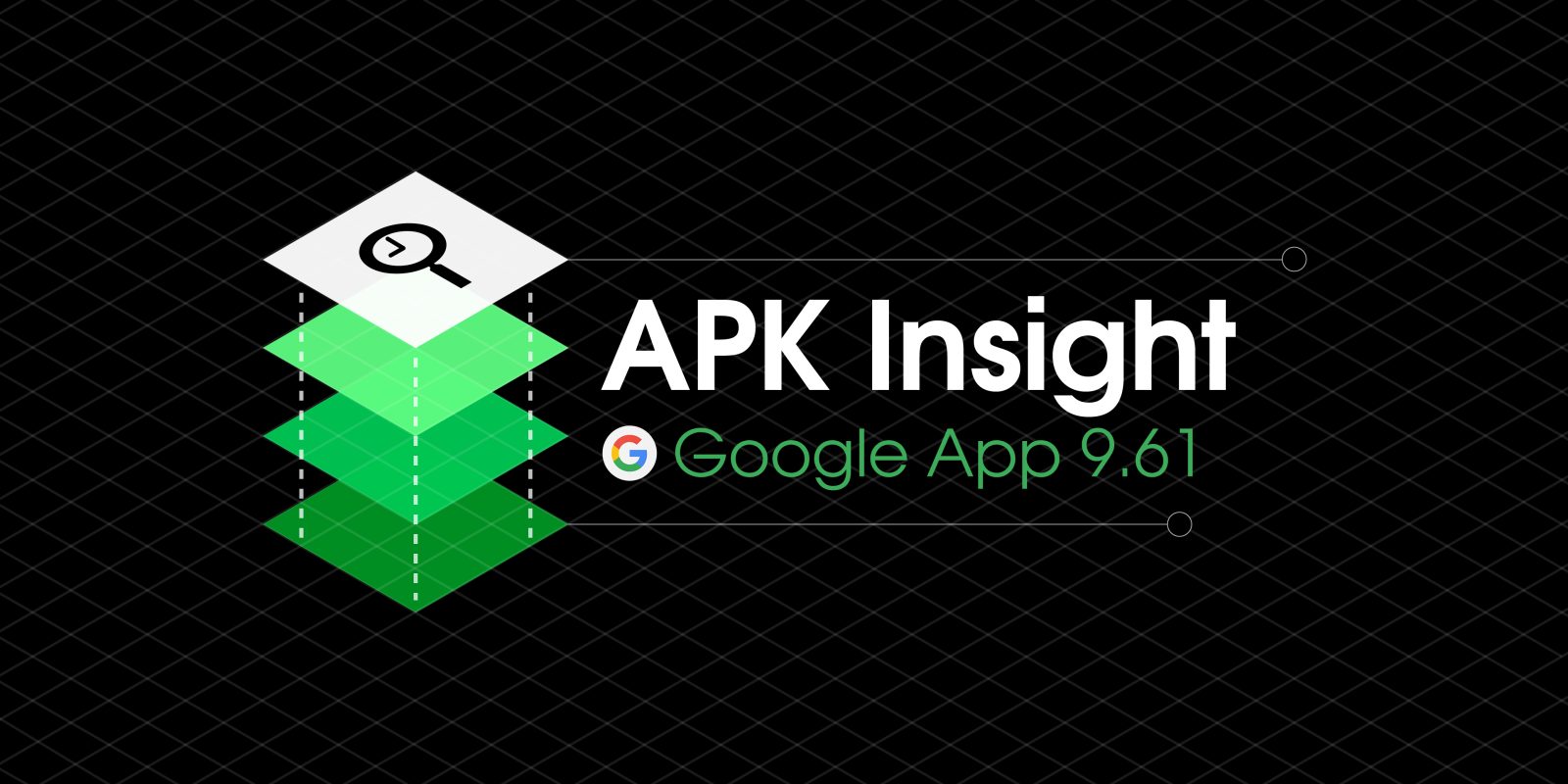 The latest Google app beta rolled out this morning following yesterday’s launch of more visual Assistant search results on Android. Google app 9.61 shows that Reminders are coming to the At A Glance widget, while there is development on an improved translation feature for Google Lens. There is also interesting work on “filters.”

Reminders in At A Glance

At A Glance is integrated into the Pixel Launcher, but also a standalone widget that shows the day, date, and weather. It can also display calendar events, upcoming flights, and traffic information. Google app 9.61 adds Reminders to the list of alerts that can conveniently appear.

The settings toggle appears in this beta and is enabled by default, but we have yet to successfully get a reminder to pop-up. This will presumably show the reminders system used by Assistant and the Google app. Related strings suggest that At A Glance will show alerts in a lead up to the reminder and during, as well as where it’s located, if a place is attached. 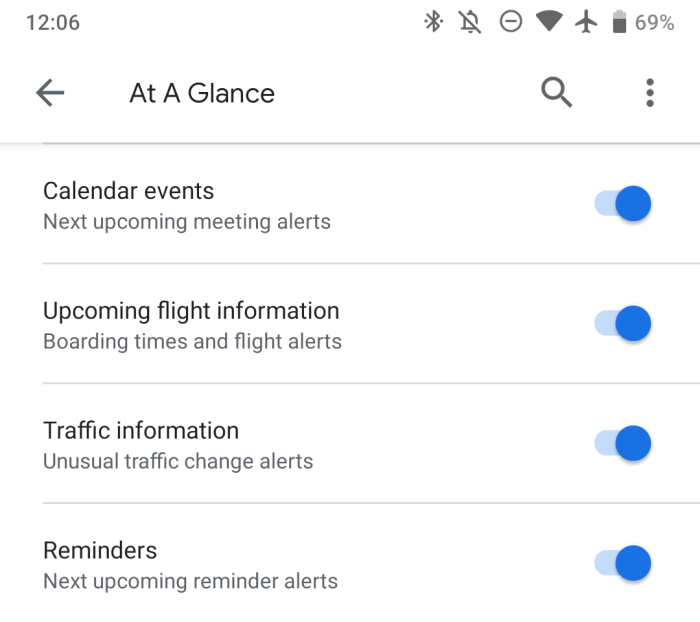 Back in December, Google revamped the Lens interface across Photos and Android to be more compact. However, the translation feature that previously allowed users to overlay translated text right in the viewfinder was removed. The current UI will recognize text on your screen, but push users out to the Google Translate app on Android.

Google app 9.61 suggests that Lens is planning to regain that inline translation capability as part of a “filter” — more on that below. Such features could include “Auto-detecting” what language you’re currently seeing on screen.

Google app 9.61 features three different strings that are formatted “CATEGORY_filter_name.” “Dining” and “Shopping” would suggest some kind of text search results filter, but “Translate” is possibly related to Google Lens. Assuming all three are related, Dining and Shopping could be a filter — or layer — in augmented reality.

For example, users could apply the dining filter when pointing their camera at the world to only see restaurants and ignore other businesses and landmarks.

Speaking of food, there are two other strings in 9.61 related to searching for restaurants nearby. This could of course be in the context of a map as users have to “turn on location,” but it could also apply to AR.

There are not enough strings in Google app 9.61 to definitely say what these “filters” are referring to, but AR is one possible candidate. These filters could be thought of as apps for augmented reality that extend functionality, exactly like Actions on Google for voice. Unlike Assistant, Lens has yet to see a way for third-party developers to participate.

The Material Theme settings page now properly themes navigation and status bar elements black so that they are visible against the white background. It also tweaks the app bar so there’s a visual separation.

Meanwhile, the “More” tab adds “Privacy Policy” and “Terms of Service” shortcuts to the bottom, while “Customize” above is now “Customize Discover” to minimize confusion with widget customization. 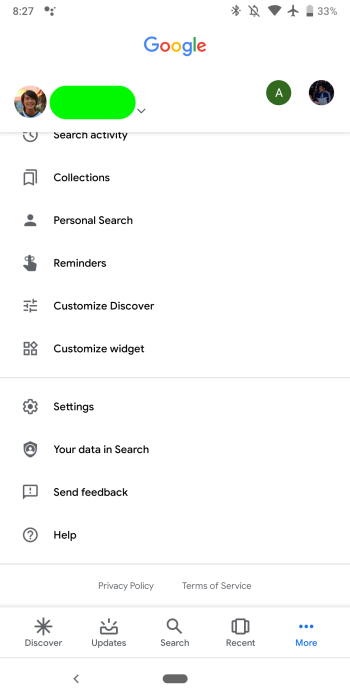