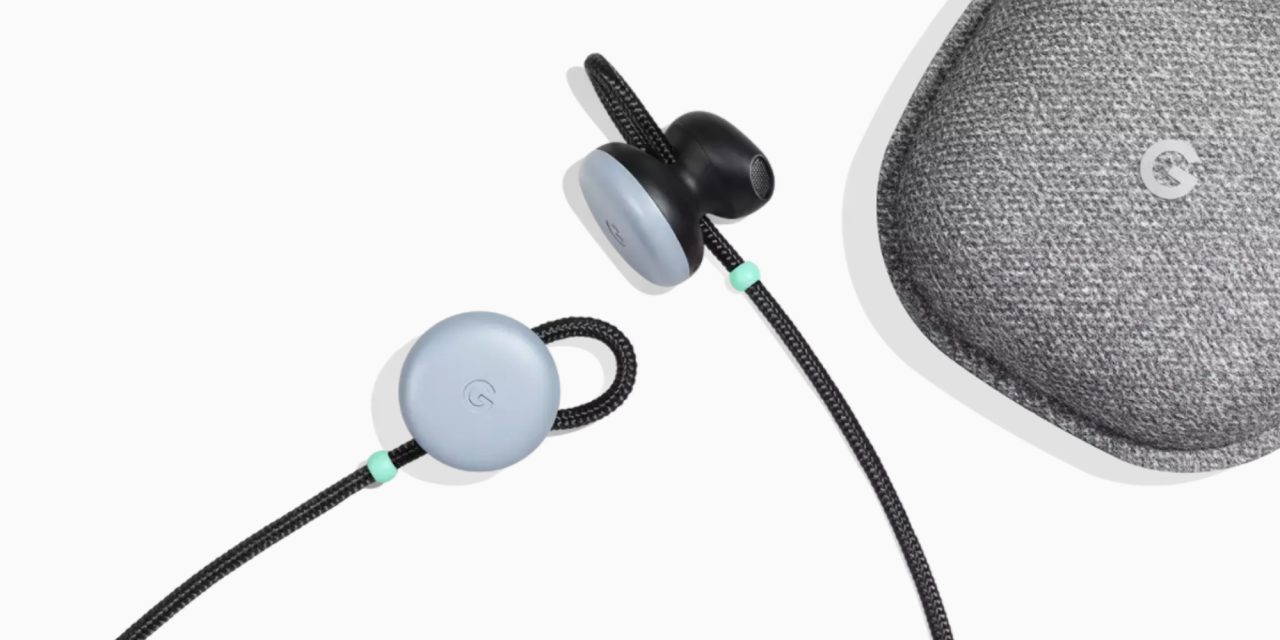 Google Assistant is available in a ton of different places, and one area that’s often overlooked is headphones. Google cooked up a unique way to interact with the Assistant on select headphones last year, and now, quite a few options support it. Looking to get a set? Here are the best headphones you can buy right now with Google Assistant built-in.

What are Google Assistant headphones?

If you’ve ever used a pair of Bluetooth headphones, you’re probably familiar with the ability to call up voice controls. This works on pretty much any earbuds with pretty much any smartphone, but Google Assistant headphones have a distinct advantage. These headphones don’t trigger Assistant on the phone and relay the information, but rather, they run the Assistant natively. It’s a faster experience that also adds a few extra perks. One of the most useful features is the ability to read incoming notifications aloud to avoid pulling out your phone.

While they weren’t the first headphones with Google Assistant built in, there’s a strong argument to be made that Google’s Pixel Buds are still some of the best. The neckbud-style earbuds connect over Bluetooth to your device and offer a pretty simple experience. There’s no noise cancellation or special drivers here, but as we stated in our review, audio quality is pretty good with surprisingly strong bass, considering the form factor. 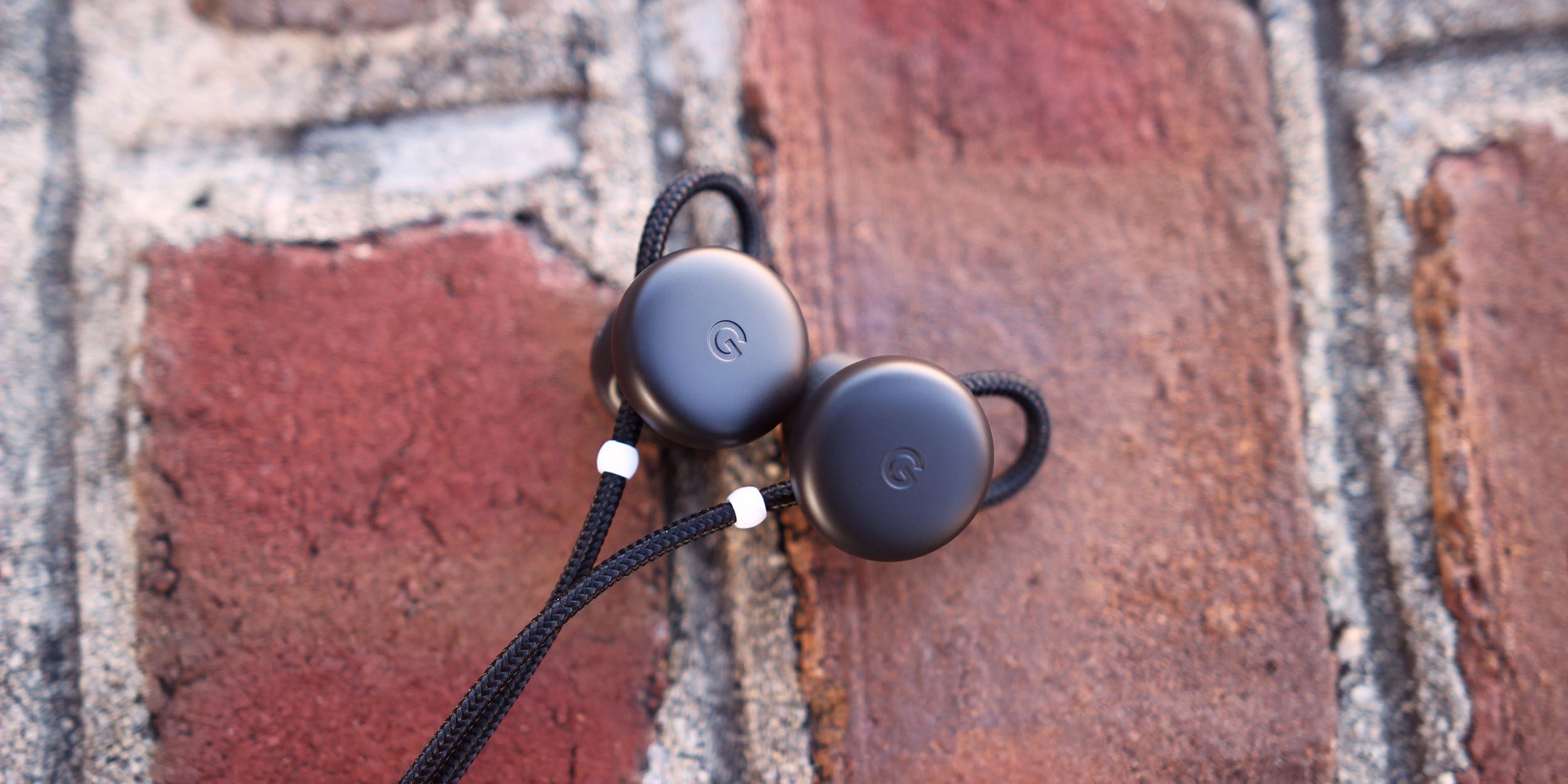 The real highlight, of course, is the Assistant integration which, if you ask me, is flawless on the Buds. A simple tap-and-hold of the right earbud immediately activates the Assistant and everything is quick and easy.

I’ve yet to try anything as seamless as the Pixel Buds in terms of activating the Assistant. There are also various other touch controls available on these earbuds, as well as a charging case. Pricing lands at $159 in Black, Blue, and White from the Google Store, B&H Photo, Walmart, and other major retailers.

JBL’s relationship with Google is no secret, and the company has some serious strength in the audio game. Its Everest 110GA bring Assistant to another neckbud form factor, but one that’s perfect for activity. Like Jaybird’s design, the Everest 110GA are two wireless earbuds connected by a single cable that goes around your neck with an in-line remote which contains playback and power controls, as well as a microUSB port for charging. JBL uses a 5.8mm dynamic driver in these earbuds which promises JBL’s “legendary” audio quality. 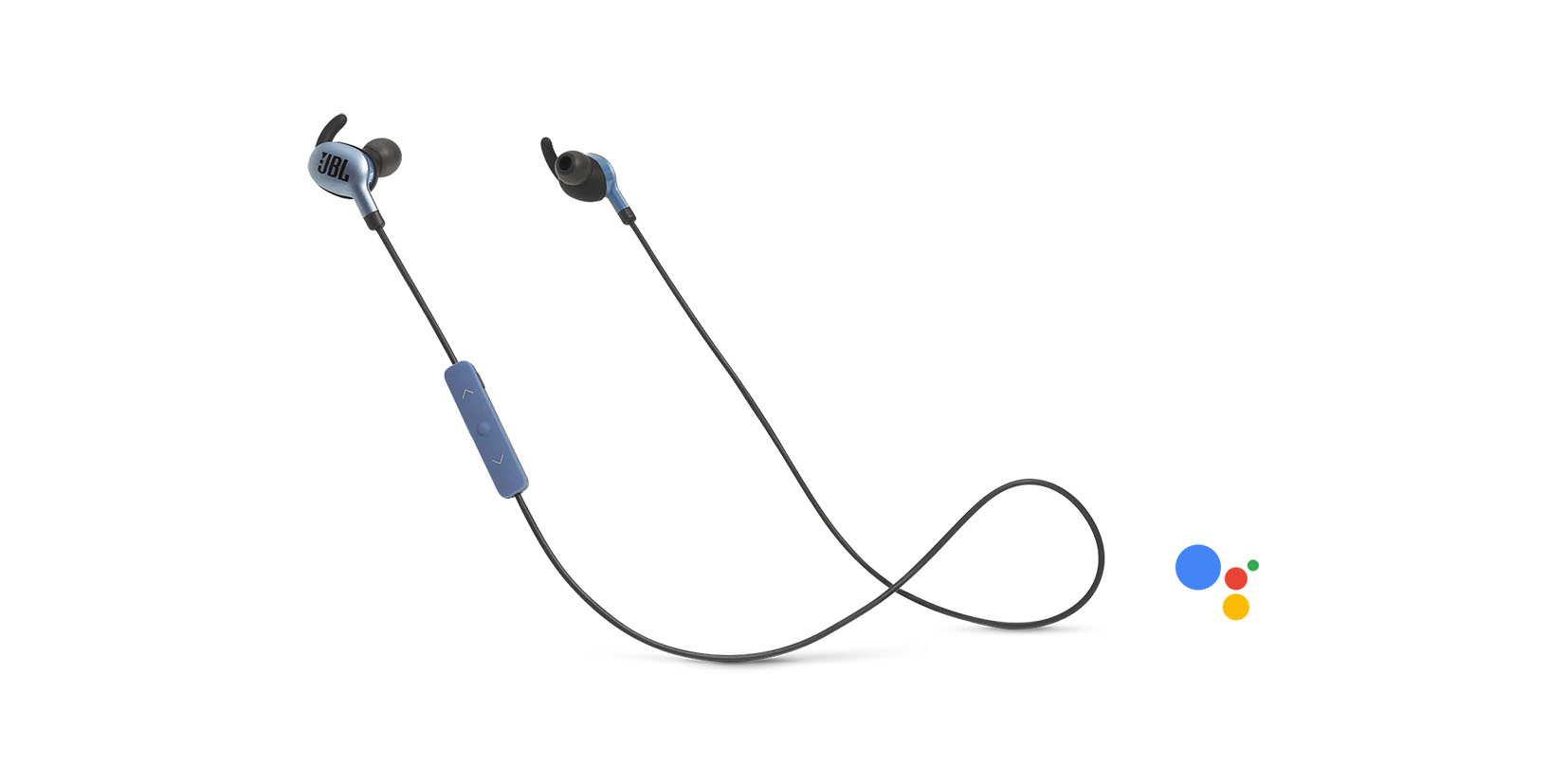 As for Assistant integration, these earbuds activate the Assistant with a press of a button on the in-line remote.

Released along the Pixel 3, Google is now making its own paired of wired USB-C earbuds. With a design similar to the Pixel Buds, these earbuds deliver decent audio quality, a fairly comfortable fit, and more importantly a cheap price tag. 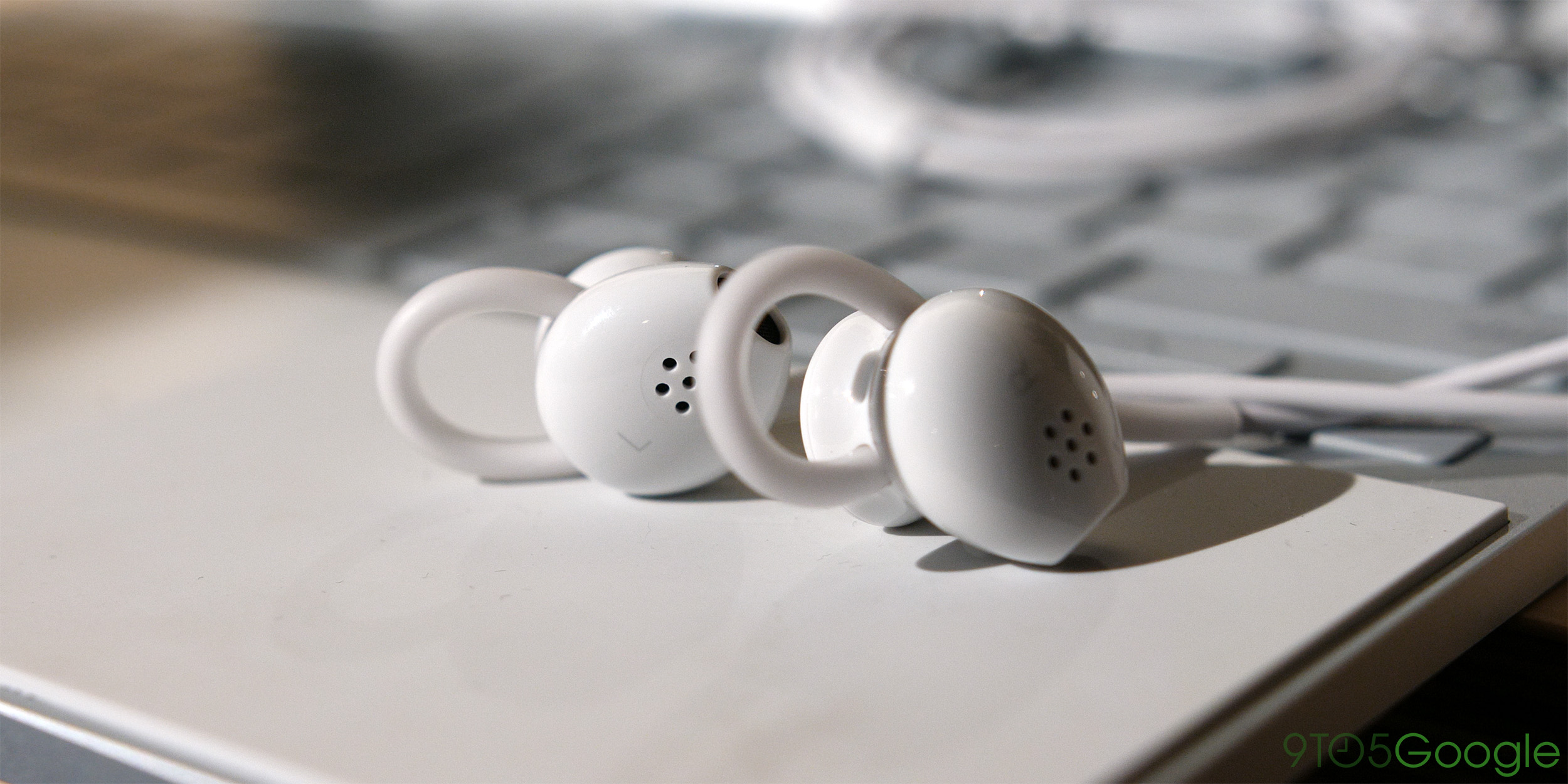 Just like anything else on this list, you’ll get full Google Assistant functionality on these earbuds with a button that triggers the Assistant immediately instead of waiting as you would on other wired options. Google’s option also does this for just a mere $29. Really, it’s a no brainer if you want wired audio and Google Assistant, especially as the headphone jack continues to die off. For now, these headphones are only sold at the Google Store.

Sony’s lineup of premium headphones is a pretty excellent bunch, and the WI-1000X are no exception. These wireless headphones adopt a neckbud form factor that includes a band that rests on your neck. This enables up to 10 hours of continuous listening with noise canceling turned on with a single charge, and it helps Sony pack truly killer sound into these earbuds not only with great drivers, but also support for LDAC and more. The company explains:

The 9mm dynamic driver maintains drive force for deep bass and clear mids without dropping off like other drivers, while the airtight Balanced Armature driver provides natural high frequency sound for longer. Both drivers work together to keep sound response steady across the frequencies. 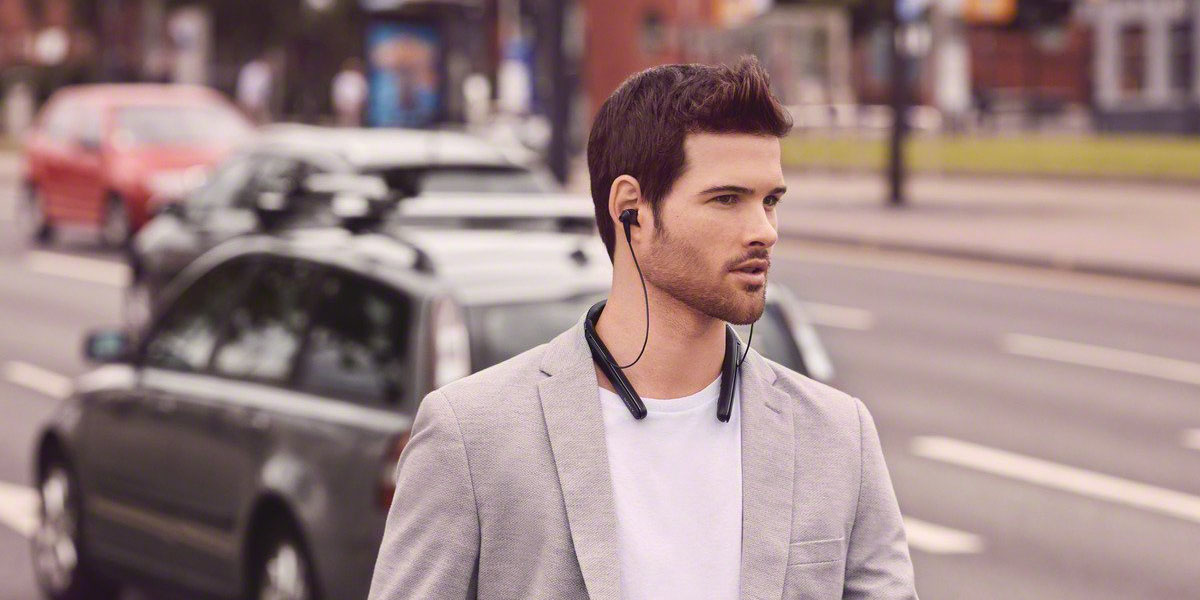 Google Assistant is also easily accessible on these headphones. By swapping the functionality of the noise cancellation button in the companion app, you can press that to trigger the Assistant.

Of course, with premium sound comes a premium price, and for the WI-1000X that’s a whopping $299. However, they have been reduced recently by many retailers to around $249 or even lower at Amazon and Best Buy.

Truly wireless earbuds are all the rage these days, and Sony is no exception to that. The company’s WF-SP700N are designed specifically for workouts, but they bring a lot to the table for anyone. They offer noise cancellation, as well as the ability to let ambient sounds through your music, all while being water-resistant. They also have “hooks” to keep the buds secured in your ear while moving. 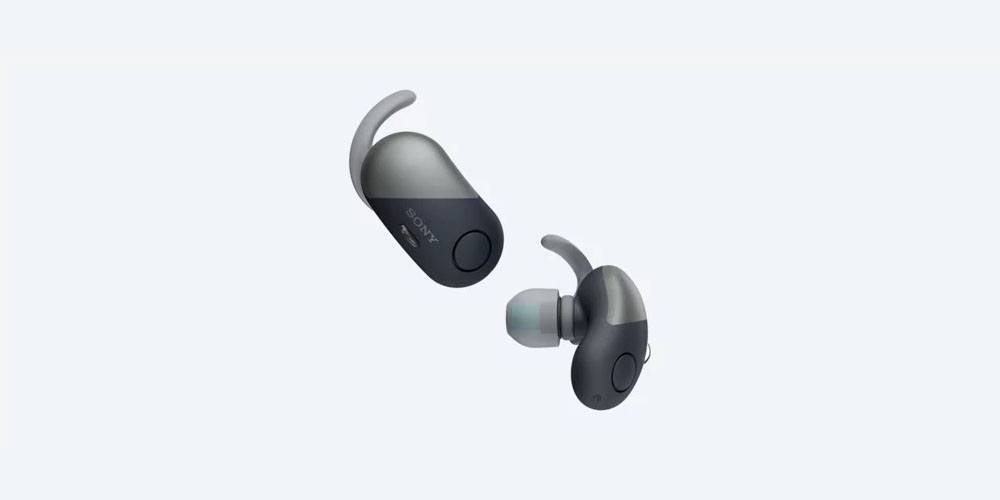 Sony also highlights the built-in Google Assistant, as it should, which is accessible through a touch-and-hold on the earbud. Battery life is about 3 hours for the earbuds on their own, and 9 hours when you factor in the included charging case. Pricing lands at $179 and several colors are available from Amazon and Best Buy.

Another affordable option Sony offers for workouts is the WI-SP600N. This neckbud form factor offers noise cancellation with Sony’s Ambient Sound Mode feature, as well as a lightweight design that comes in multiple colors with “hooks” to keep the earbuds themselves secure. These earbuds also offer NFC for easy pairing to your smartphone. 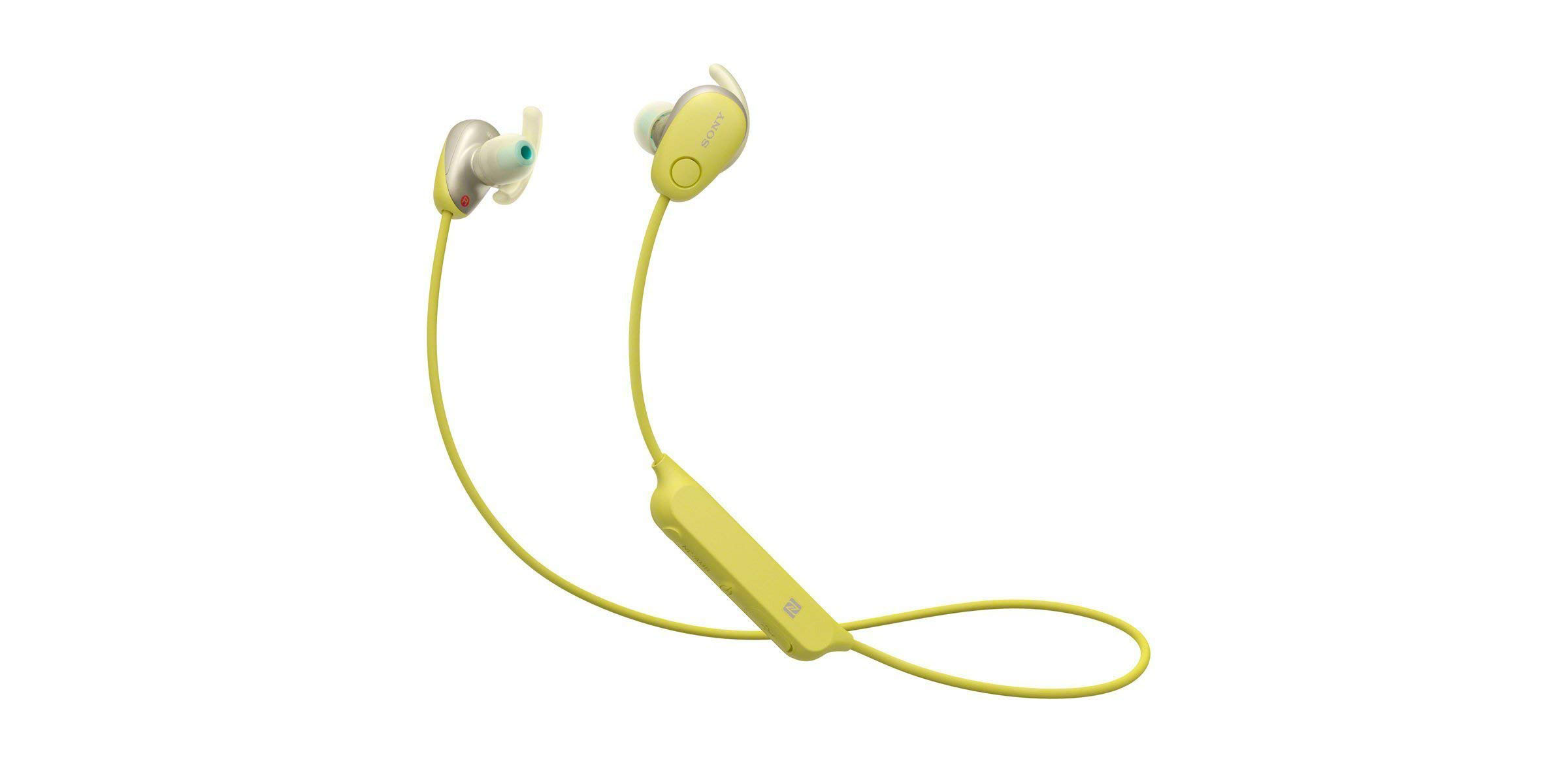 Google Assistant is accessible on these headphones, like Sony’s other options, by pressing down on the noise cancellation button after you’ve activated it through Sony’s companion app. The in-line remote also makes volume, playback, and call controls a breeze. Pricing lands at around $99 at Amazon and Best Buy.

If you’re on the hunt for noise-canceling headphones, Sony’s new WH-1000XM3’s are the current king of the hill, and they pack Google Assistant as a cherry on top. These premium over-ear headphones are designed with killer sound quality and comfort in mind. Sony uses a special HD Noise Cancelling Processor QN1 to improve noise cancellation and also deliver fantastic audio quality over Bluetooth with support for LDAC, AptX, and AAC. 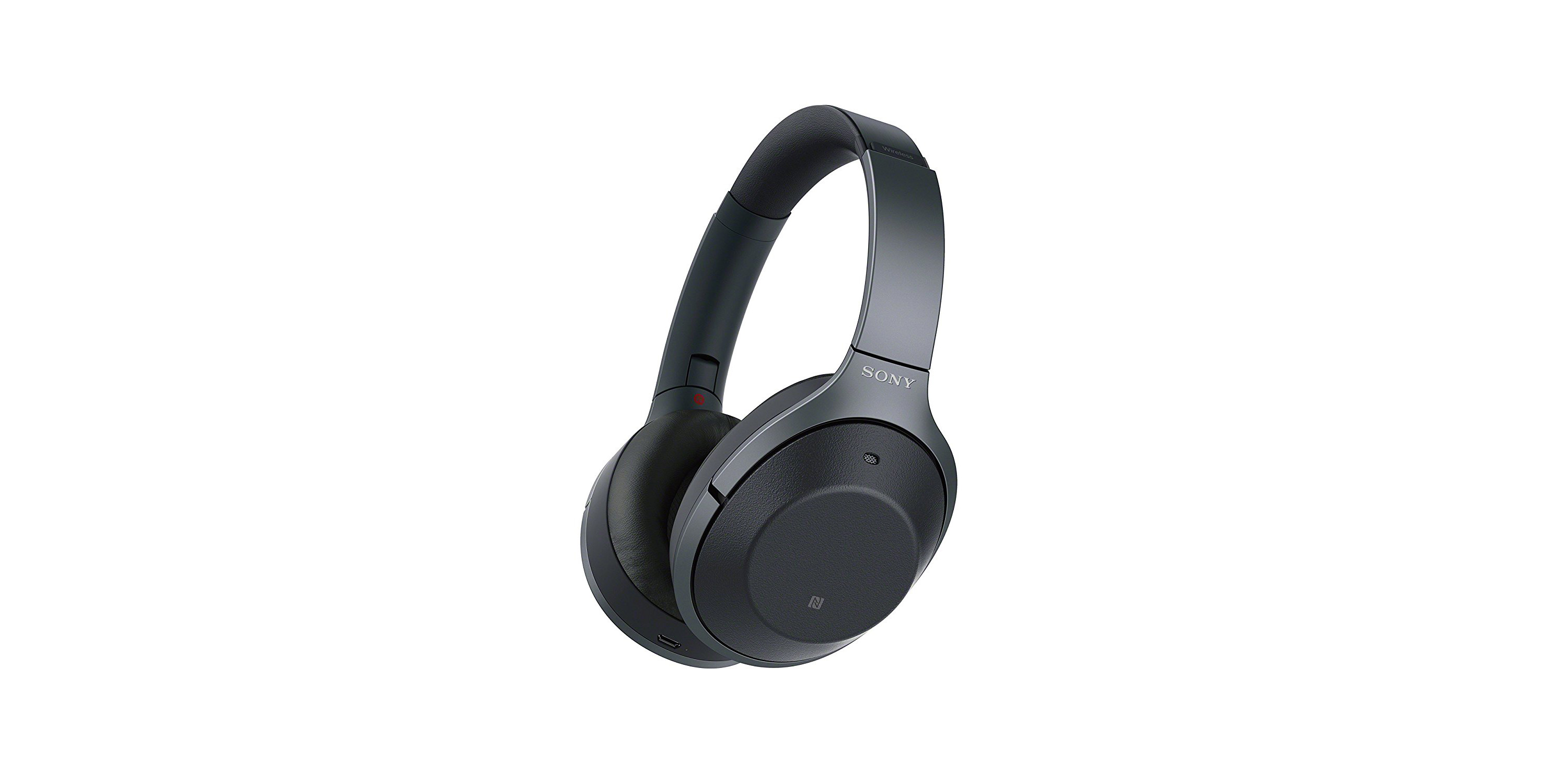 Sony promises 30 hours of listening with noise cancellation turned on with a 10-minute charge over the USB-C port providing up to 5 hours of power. For Google Assistant, users can switch the function of the noise cancellation button in the companion app to act as an Assistant button. Pricing lands at $349, but is often available for considerably less. Amazon, Best Buy, and B&H Photo are all great options for buying.

Bose has long been one of the biggest players in audio, and its QuietComfort noise-canceling headphones have been popular for good reason. Last year, the Bose QC35 II went official, and they were also the first headphones to debut with Google Assistant built-in. We’ve got a full review detailing these headphones, but in short, they’re comfortable, have killer noise cancellation, and excellent Assistant integration. 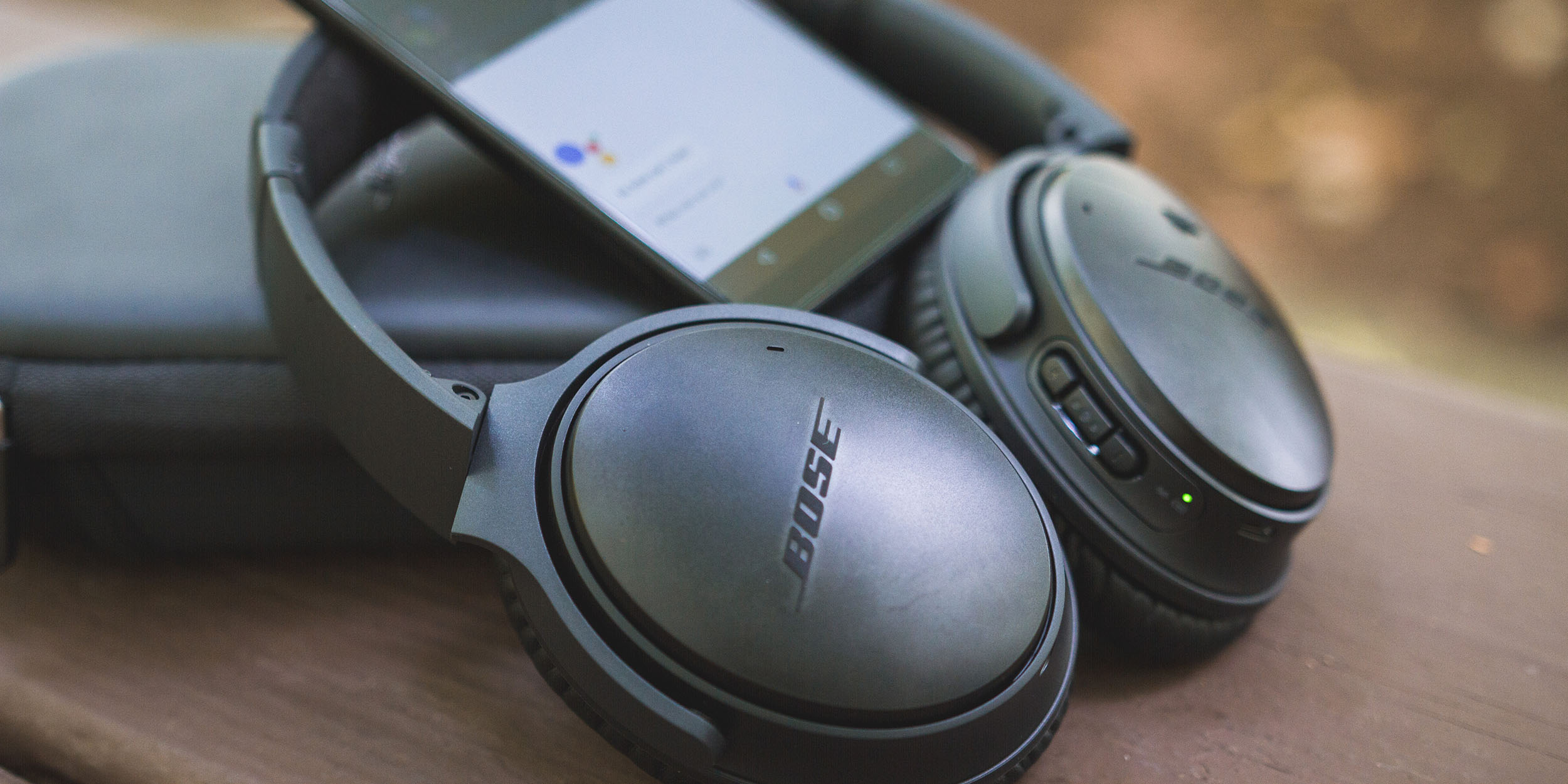 Unlike Sony’s various options, the Bose QC35 II offer a dedicated button for triggering Google Assistant. Pressing and holding that button easily launches the Assistant and it works really well. Pricing on the Bose QC35 II lands at $349. You can pick them up from Bose, Amazon, Walmart, and Best Buy. 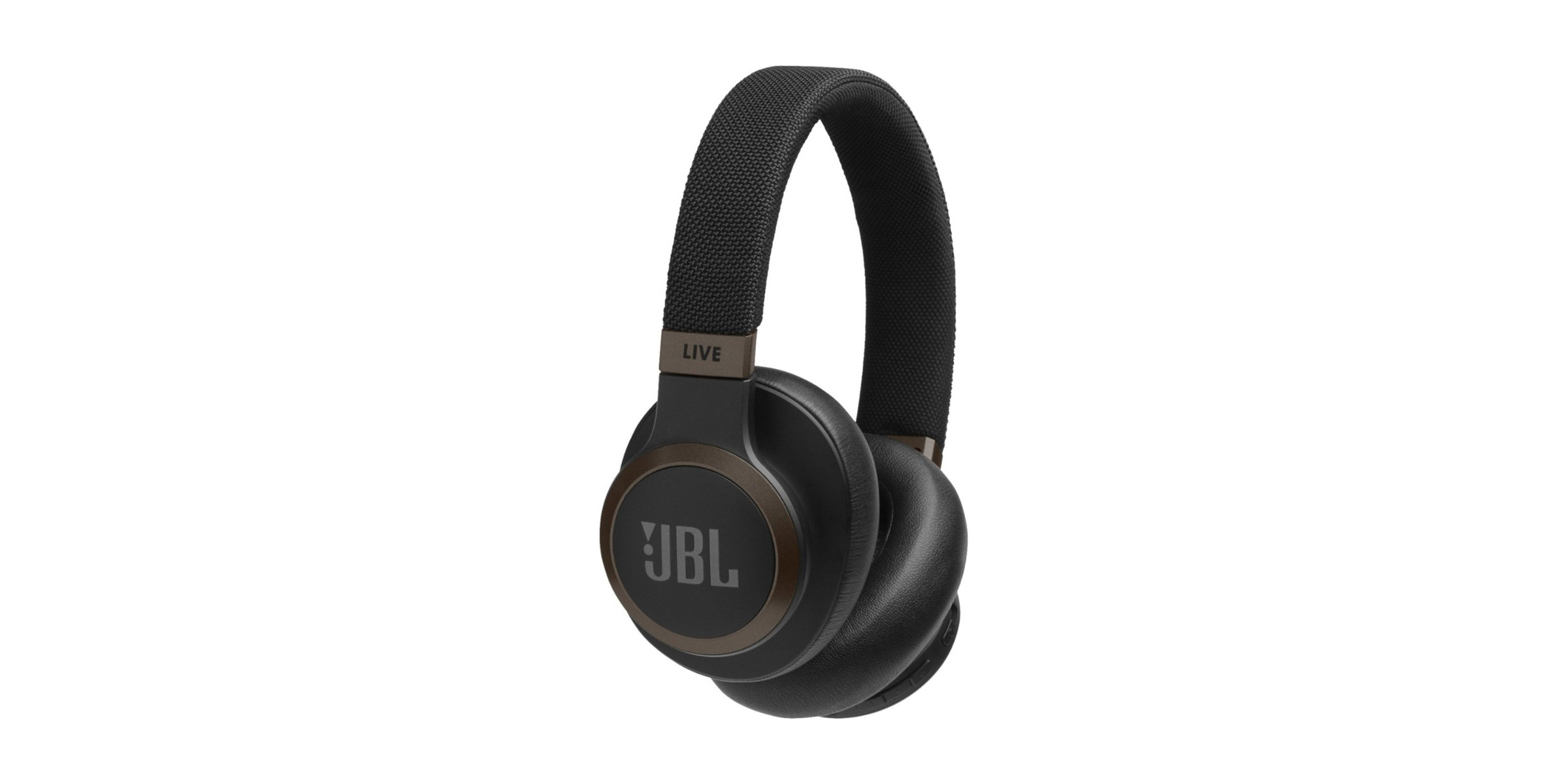 Available in black, blue, and white, the JBL Live 650BTNC are ready for purchase from JBL’s site, Best Buy, and Amazon. Sales often bring the price down to $129 as well. Notably, Google Assistant must be enabled from the JBL app. 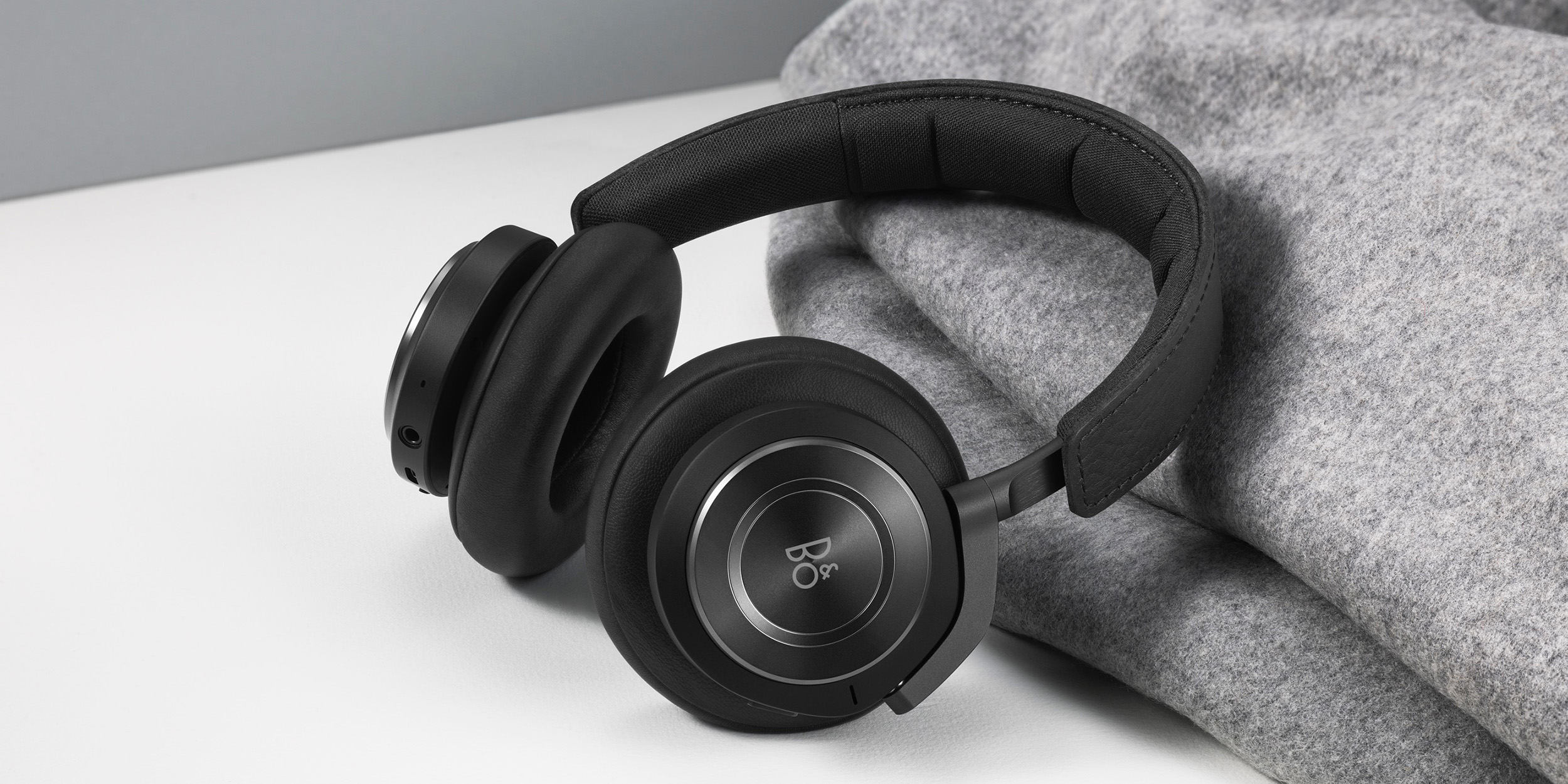 The updated headphones have an over-ear design with leather accents, Active Noise Cancellation, and the killer sound quality B&O is so well known for. This new model also lasts for up to 25 hours on a charge while using noise cancellation, and 32 hours without the feature.

The B&O Beoplay H9 is available directly from the company’s site and B&H Photo for $500 in Matte Black or Argilla Bright.

JBL builds Google Assistant into these headphones with a single tap, but you’ll have to enable it through the JBL app first. These headphones also feature the company’s Ambient Aware and TalkThru technologies to keep you aware of the world around you without taking the headphones off.

If you’ve got your heart set on a pair of noise-canceling headphones with Assistant built-in, but the $349 price tag is just out of your price range, Sony’s last generation WH-1000XM2’s might be your best bet. These headphones offer a lot of the same perks found on the 1000XM3’s, but with a microUSB port, noise cancellation that isn’t quite as strong, and a slight dip in the overall audio quality. Despite that, though, these are still some of the best noise-canceling headphones you can buy, and Assistant is integrated in the same way. 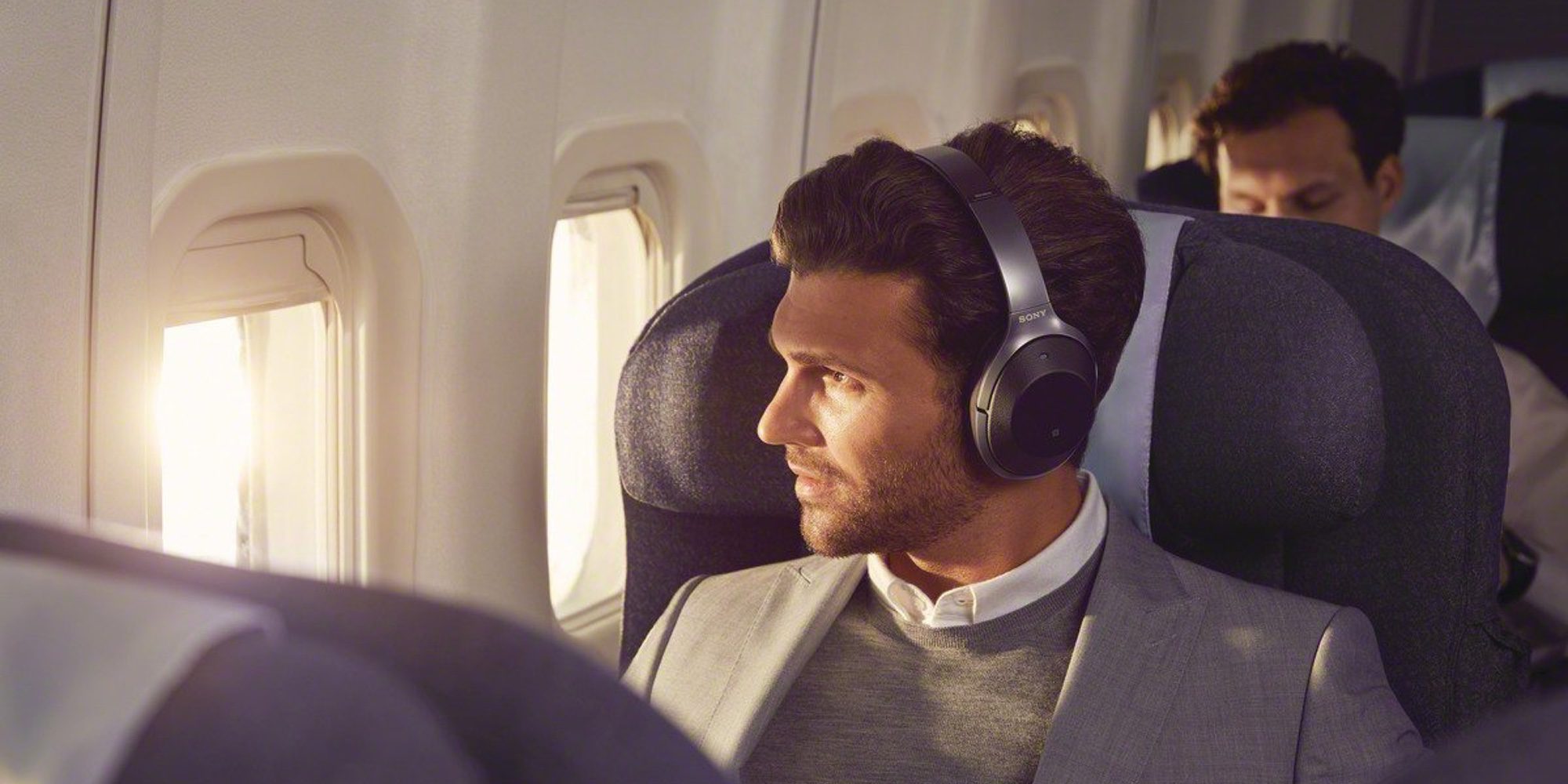 Since these have been out for a while, pricing has fallen from the launch of $349 to around $299, but you can get a refurbished set for even less. The headphones are available from Amazon and Best Buy.

Alongside its earbud option, JBL also offers over-ear headphones with Assistant. The JBL Everest 710GA offer 25-hour battery life, echo-free hands free calls, and, of course, an easy Bluetooth connection. With JBL’s name on board you can expect some excellent audio, but as a more mid-range option, you shouldn’t expect anything mind-blowing. Notably, these headphones don’t include noise cancellation. 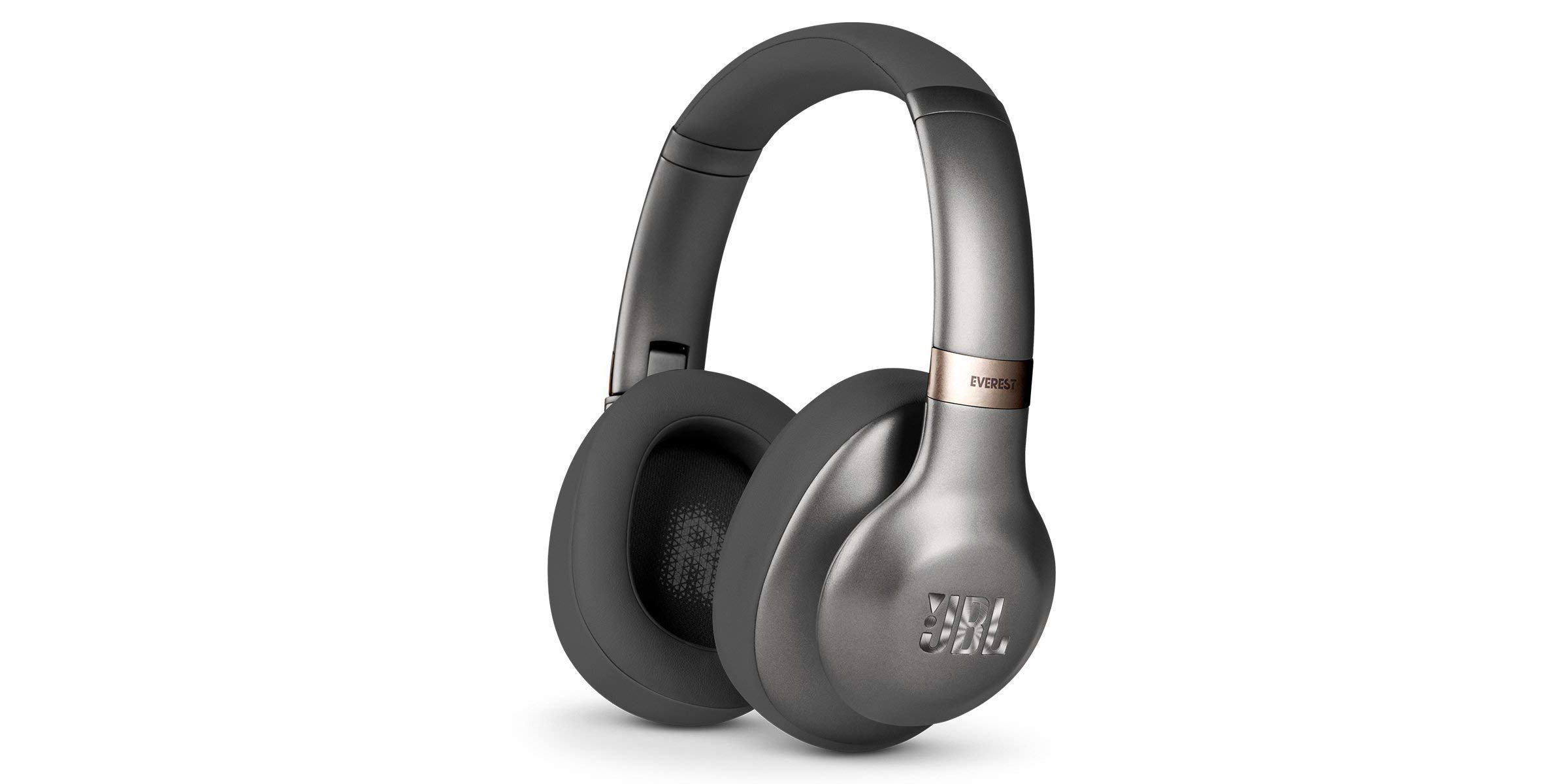 JBL’s Everest 310GA offer a lot of the same features as the 710GA, but in a more compact, less expensive package. You’ll get 20 hours of battery life from these on-ear headphones, Bluetooth connectivity, and JBL’s typical audio quality. There’s no noise cancellation, but JBL has used the same touch sensors on the earcup to summon Google Assistant. 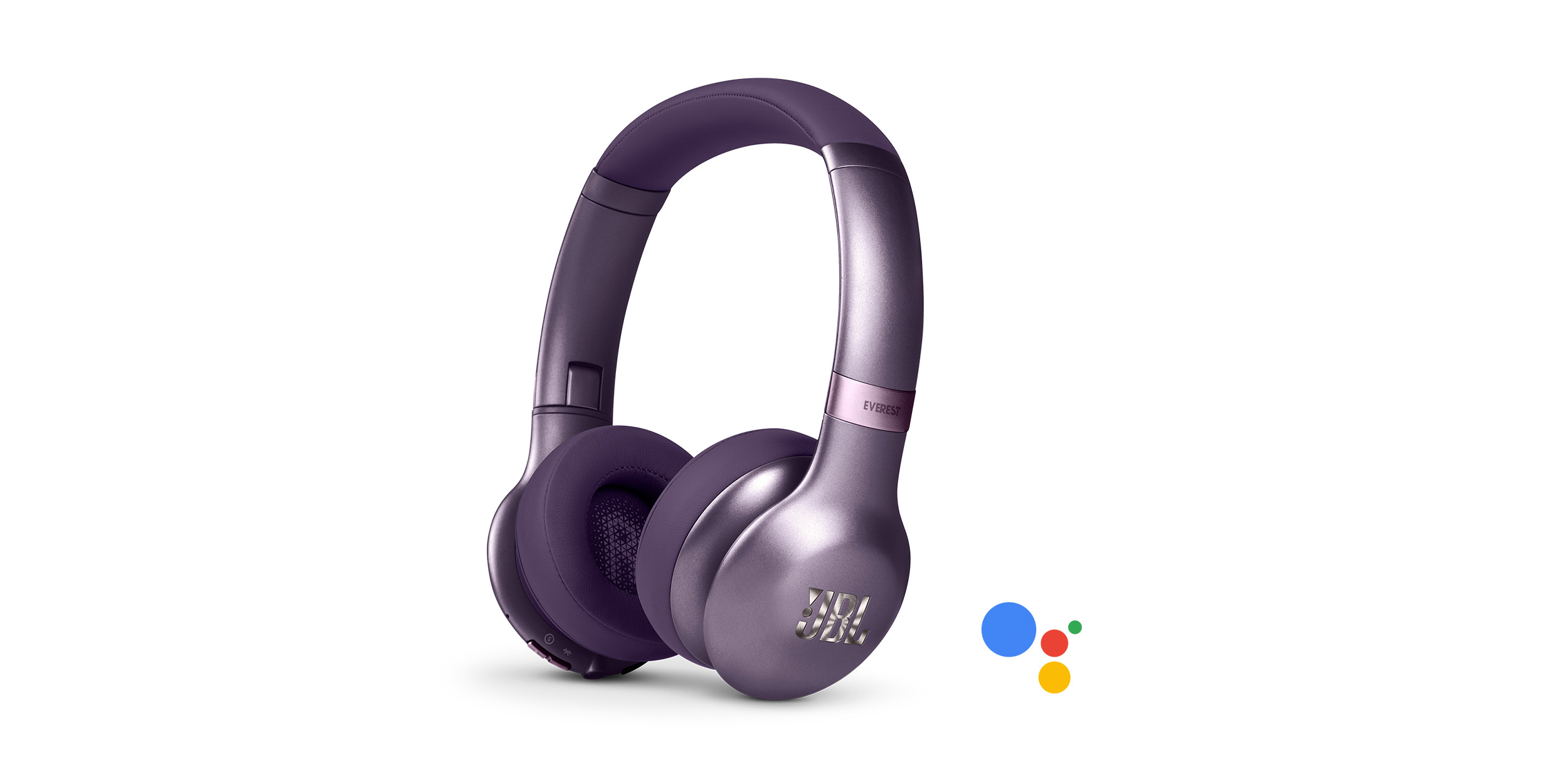 Pricing on the Everest 310GA is about $199, but you can often grab a pair for as little as $139 with several colors to choose from on JBL’s site and Amazon.

Headphones with Assistant built-in tend to be pretty expensive, but Sony’s WH-CH700N are one of the least expensive options at $129. These headphones feature digital noise cancellation, NFC for pairing, up to 35 hours of battery life, and 1.57-inch drivers for deep bass.

You’ll probably give up some comfort and a bit of sound quality compared to some of Sony’s other options on this list, but for the price, it’s hard to argue. Of course, Assistant is accessible on these headphones once you swap the function of the noise cancellation button in the settings. Sales are available from Amazon and Best Buy. 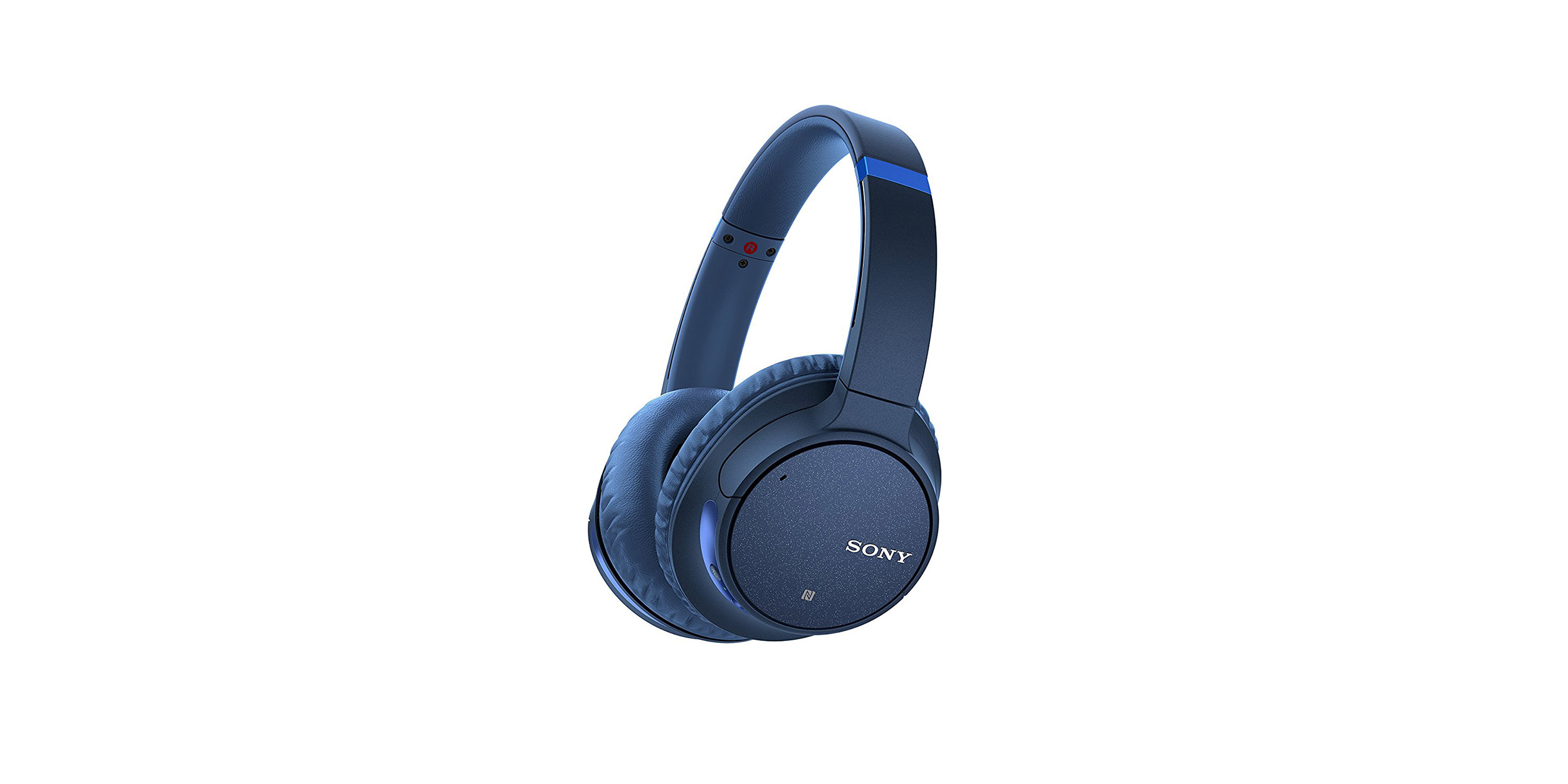 If Sony’s WH-1000XM series is out of your price range, the Sony WH-H900N offer a lot of the same features for a lower price point. Here, you’ll get similar audio quality, noise cancellation, and up to 28 hours of use from a single charge. These ditch features like Adaptive Sound Control and don’t have quite as good noise canceling, but they do have a lower price point of around $299 and come in some bright and fun colors as well.

As usual with Sony’s headphones, you can access the Assistant by swapping the function of the noise cancellation button in the settings. Sales are available from Amazon and Best Buy. 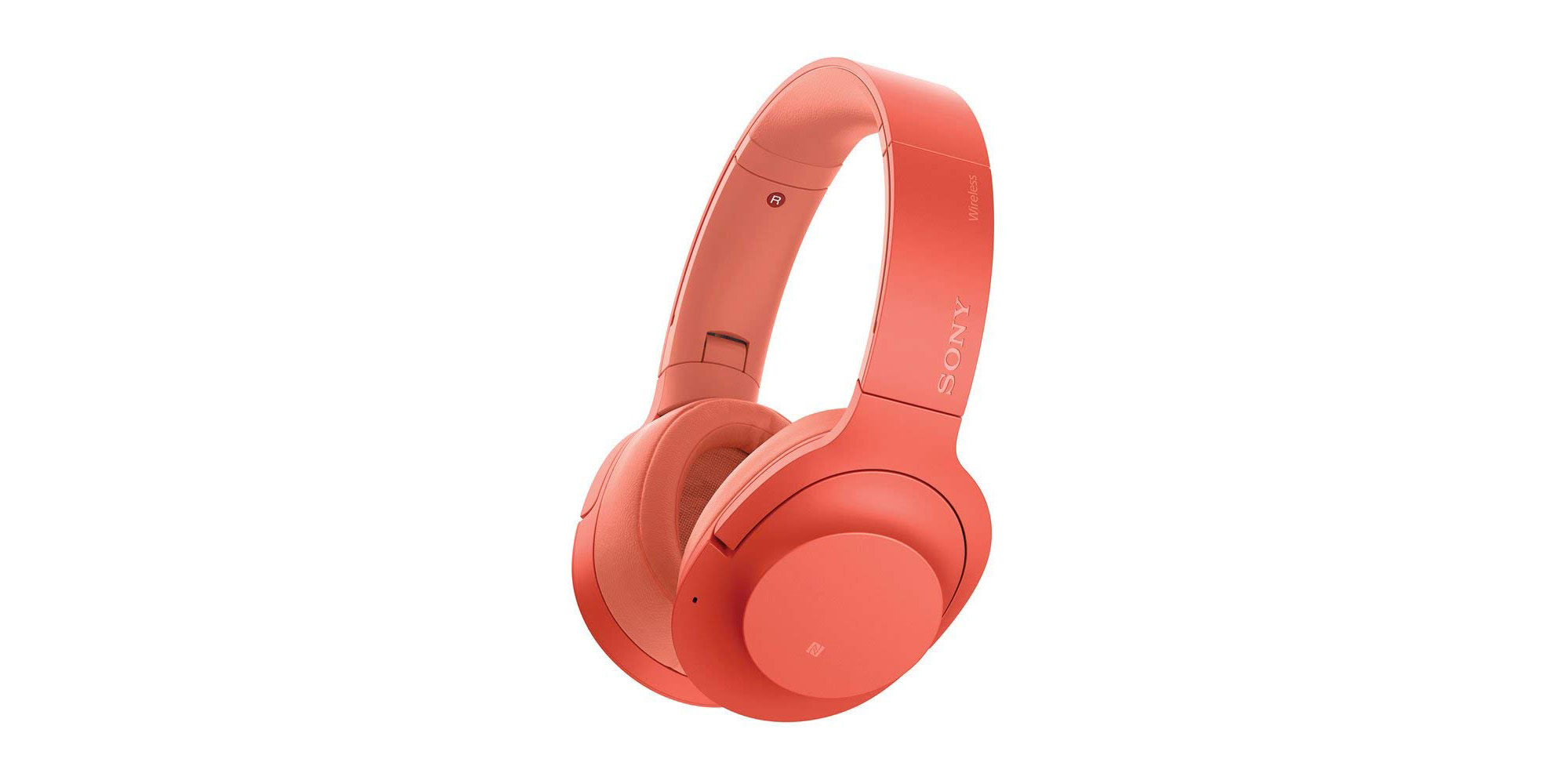