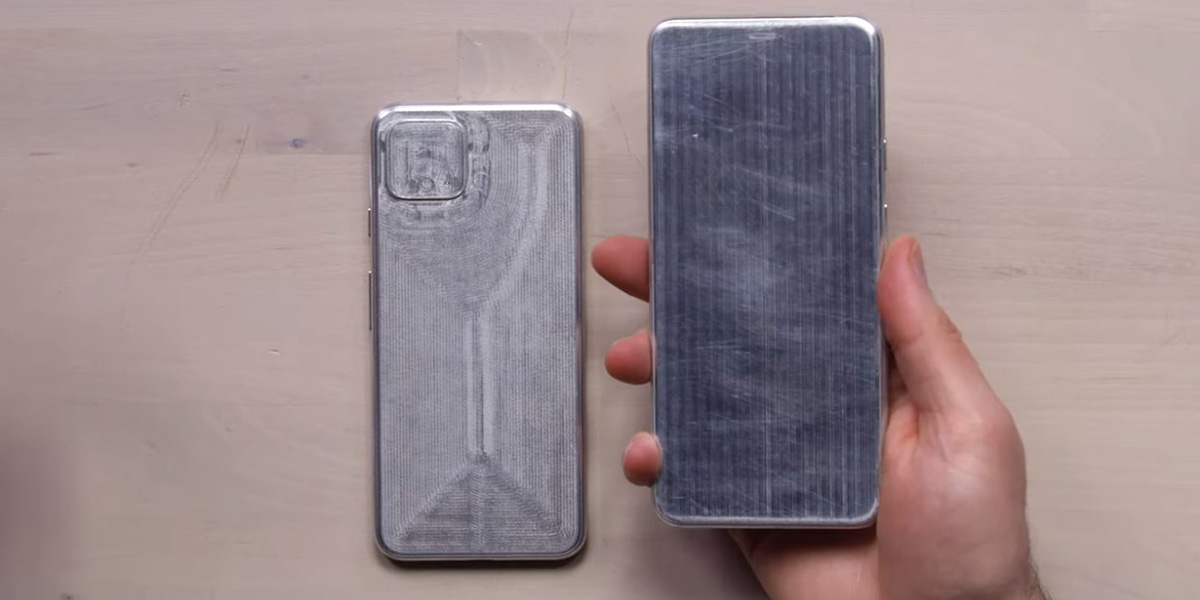 Pixel leak season is back, and after our first glimpse at credible renders earlier this week, another leak might offer some more details. Unbox Therapy today posted a video going hands-on with supposed Pixel 4 models to show off the size of these smartphones, and offered up some details on bezels, facial recognition sensors, and more.

Given the nature of this leak, it’s important to take things with a grain of salt. The “case models” Lew shows off in his video do directly line up with a leak from earlier on this week, but that’s about as far as our confidence with this video goes.

With the models, we can see that the size difference between the Pixel 4 and Pixel 4 XL. It also clearly shows the square camera bump on the rear of the device and no place for a fingerprint sensor. Notably, the models of the Pixel 4 shown here are clearly made of metal, which means it’s unlikely they’re based on yesterday’s leak given the timing.

The models also suggest that Google is giving up on front-facing stereo speakers. Clearly, on the bottom of the phone, there are two speaker cutouts that look exactly like those found on the original Pixel and Pixel 3a. There’s also a USB-C port, and of course, there’s no headphone jack.

In the video, Lew also offers other Pixel 4 details. However, since it’s unlikely that information could reliably come from a case maker, and Lew foregoes any mention of other sources, we’re going to treat them as sketchy for the time being.

As for the camera bump, he mentions that it will house two cameras and a “spectral sensor.” He also says Google isn’t going to go for a “bezel-less” design on the Pixel 4, instead using a “forehead” bezel up top to house the speaker, selfie cameras, and more — “5 imaging units” in total. There are no specifics provided on what exactly these extra sensors will be, but as hinted at in the Android Q Beta, they might be for facial recognition.

We’re still learning more about the Pixel 4 and Pixel 4 XL, and undoubtedly there will be more details coming out in the near future.