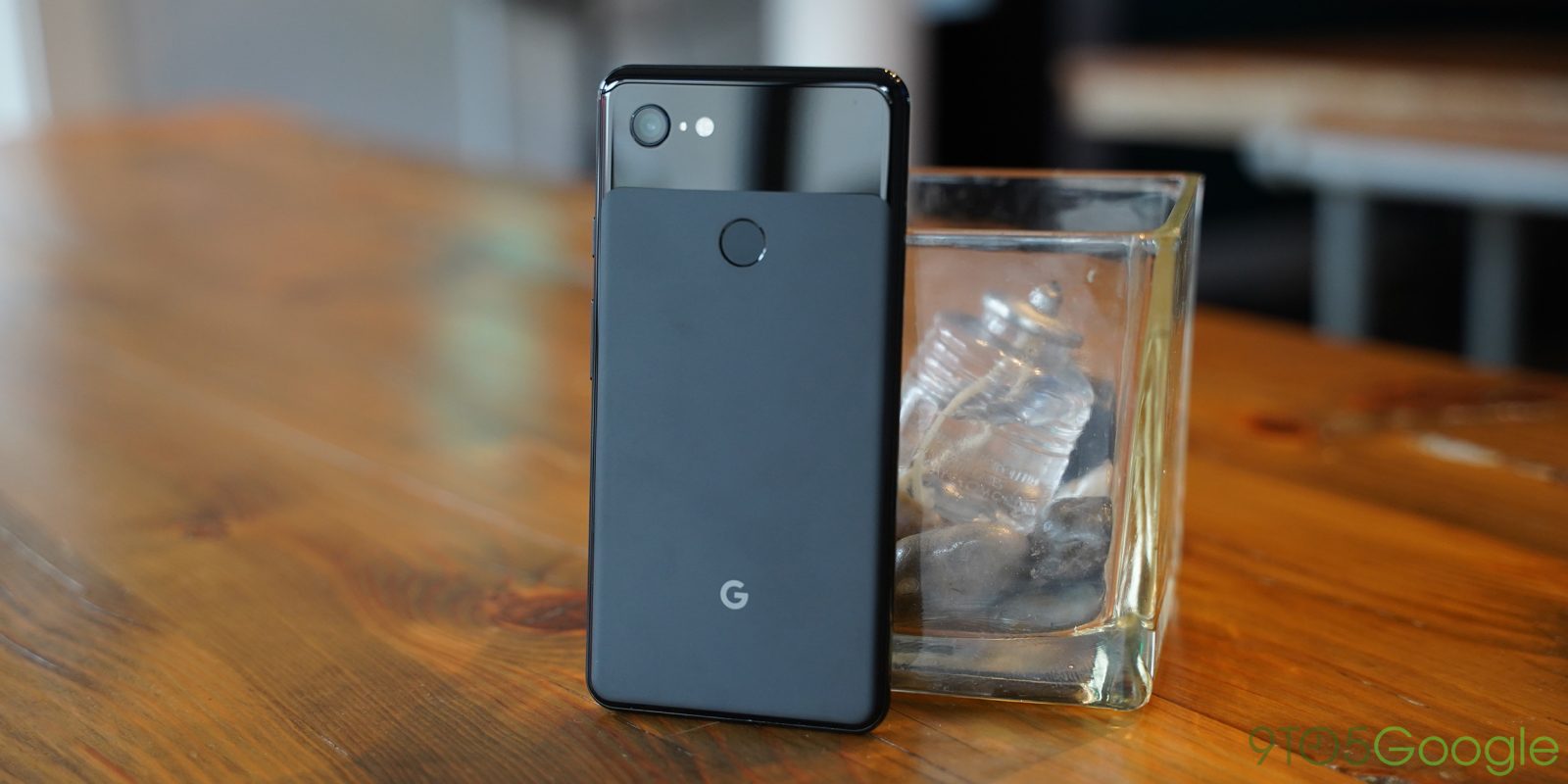 It’s barely April and Pixel 4 leak season has already begun. Today, we’ve shockingly found our first reference to Google’s next phone, the “Pixel 4,” inside of the Android Open Source Project.

I’m sure we all remember that the Google Pixel 3 was one of the most leaked phones in recent memory, but it seems Google is already getting a headstart toward claiming that title for the Pixel 4. Today, a new comment has been posted to an Android Open Source Project code change which directly references the Google Pixel 4, not once but twice.

Here’s the relevant quote, emphasis mine.

The plan was to first deploy this on Pixel 3 and make sure that everything actually works. Then move on to Pixel 4 and so on. If I had a Pixel 4 device, I probably wouldn’t have bothered with 4.9 in the first place.

The comment was left by a Google employee, so we know that this isn’t simply speculation by a third-party. This very clearly confirms that the Pixel 4 is not only in-development, but could already be in some developers hands (though not this particular developer).

The code change itself tells us very little about the future device, as it has to do with changes being made to the Linux kernel used by Android. From the rest of the conversation, we can see that a fix is being developed for an issue with Google’s “KASAN” memory error detection tool.

The fix is being tested first on a Pixel 3, for lack of a Pixel 4 to test on. The Googler then seemingly bemoans not having a Pixel 4 yet, and I can’t say as I blame him. 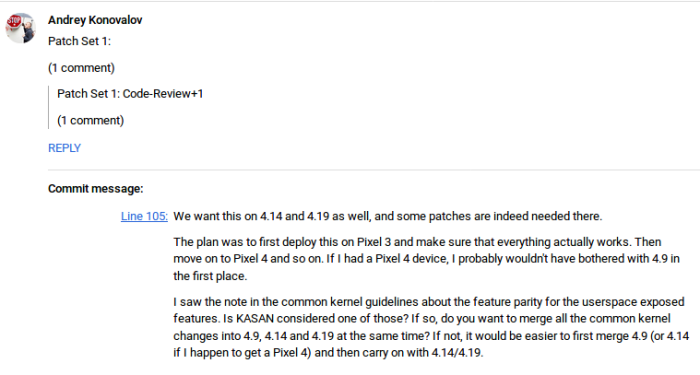 Earlier this year, patent documents surfaced that some pointed to as possibly being indicitive the Google Pixel 4’s design, but being patents are closer to fantasies than soon-to-be-released products. This proved true already once this year, from the stark difference between Google’s game controller patents and the final Google Stadia Controller.

More likely, given how the code change could be tested on either a Pixel 3 or Pixel 4 without much difference, the Google Pixel 4 should be business as usual.