Wear OS as a platform is, at least in my eyes, pretty decent. What holds it back is battery life and slow hardware. Back when the Snapdragon Wear 3100 launched, Qualcomm said it would deliver a “Sports Mode” which would deliver up to 15 hours of battery during athletic tracking on Wear OS. Apparently, that’s still coming… eventually.

In a comment to Droid-Life, Qualcomm says that it is still working with a “major sports brand” on this hardware and that things are “still on track” for release. This breaks the silence that’s surrounded the feature since it was originally announced. Granted, there’s not a ton of new information here seeing as there was no timeline attached to the original announcement nearly a year ago.

Stepping back, this Sports Mode for Wear OS has been fairly vague and confusing. We don’t know if it will work on current Wear OS watches with the Snapdragon Wear 3100, such as the Fossil Sport. Qualcomm says that this mode, whenever it debuts, will deliver 15 hours of continuous heart rate tracking and GPS. However, we don’t know exactly how it would accomplish this since current watches would run out of battery in just a fraction of that time under that load.

The new Personalized Sports Experiences keep GPS and heart rate monitoring on for the duration of the activities and is designed to deliver up to 15 hours battery life (calculated based on typical 450mAh sports watch battery). 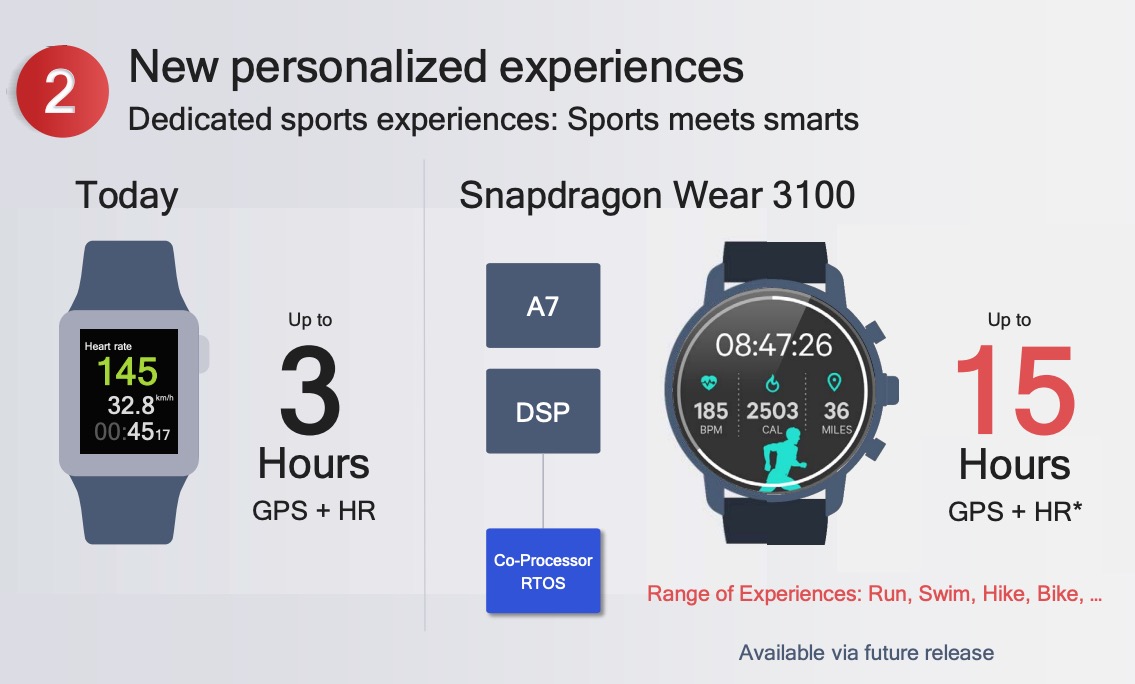 For the time being, we still don’t know who Qualcomm’s mysterious partner is for hardware with this Sports Mode or what’s taking so long with the feature. When Google was asking for a comment on the matter, it turned things over to Qualcomm who said it “doesn’t comment on rumors.”