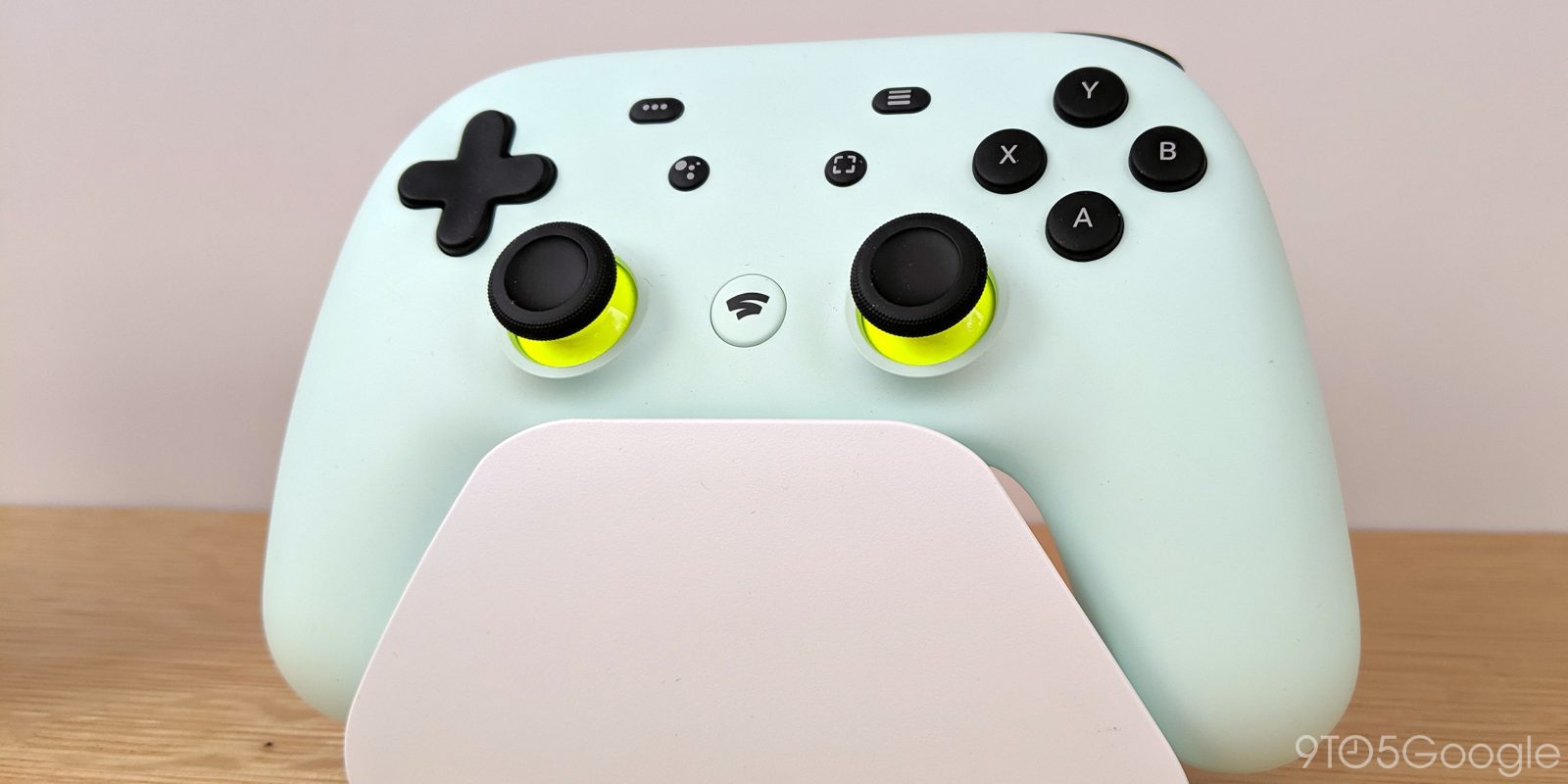 When Google opened up pre-orders earlier this month, the Stadia Founder’s Edition was the only way to purchase additional Stadia Controllers. The Made by Google controller can now be purchased directly from the Google Store.

Back on June 6th, those that pre-ordered the Stadia Founder’s Edition were able to order extra controllers for use with the included three-month Buddy Pass.

Google cautions that getting the Stadia Controller does not result in access to Stadia on launch day. The Founder’s Edition is still required, with the company recommending individual controllers for those that want a spare, or users receiving a Buddy Pass.

The Stadia Controller features the standard D-pad, two joysticks, Y-B-A-X, and triggers (L1-L2-R1-R2), as well as a horizontal overflow and hamburger menu buttons. Unique additions include a Google Assistant button that turns on the built-in microphone to ask for help. Capture will save both video clips and screenshots, while the Stadia ‘S’ button is backlit.

Featuring Wi-Fi and Bluetooth Low Energy, the controller connects directly to your gaming instance in Google’s servers. The internal Li-Ion battery charges via USB-C, with a 3.5mm headset jack for audio. It is available in Clearly White, Just Black, and Wasabi. Like the Founder’s Edition, the Stadia Controller will ship from the Google Store on November 2019. 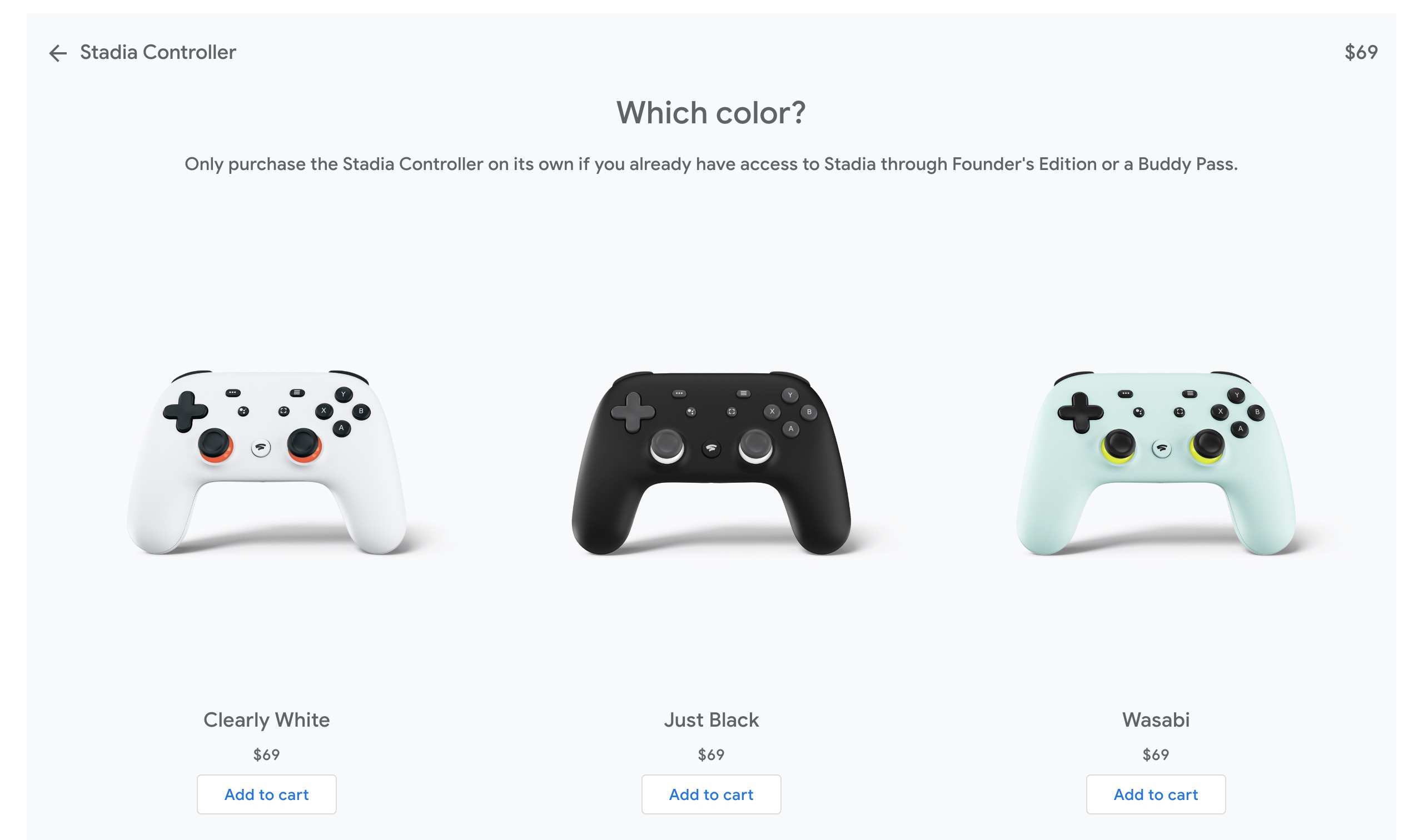