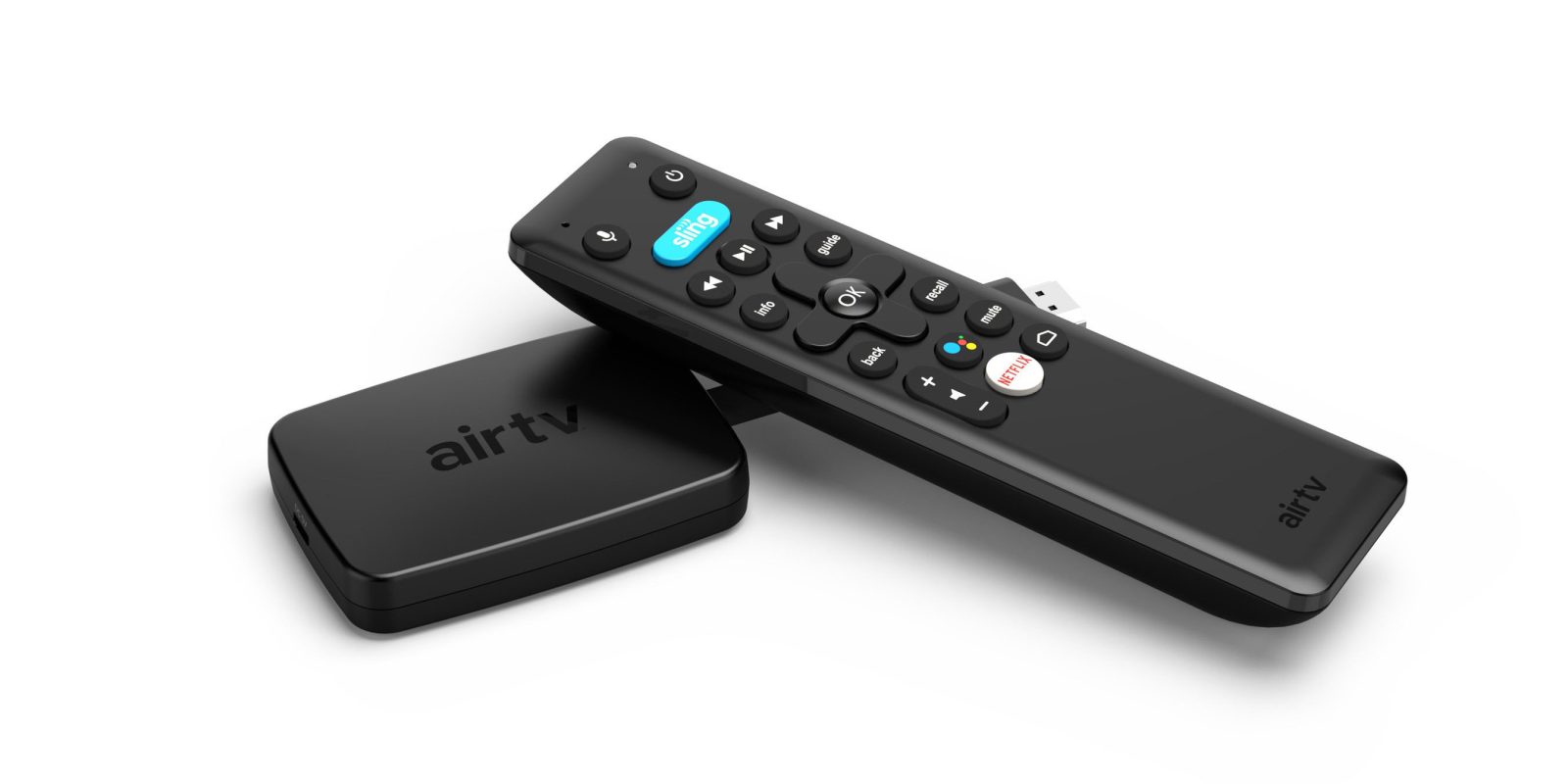 Android TV may be growing quickly in popularity, but the platform doesn’t have many consumer-facing options. Today, the AirTV Mini has gone official with Android TV, the ability to play 4K HDR content, and a compact dongle form factor for an affordable price.

Available starting today, the AirTV Mini is one of the first Android TV streaming dongles that’s been available to the public. The affordable dongle plugs directly into your TV just like an Amazon Fire TV Stick or Roku Streaming Stick would, but this time with Google’s platform on board.

Sling TV is preloaded on the AirTV Mini, and it’s also the main focus of the product. To that end, a $25 Sling TV credit is included with purchase. There are no screenshots provided of what the on-board interface looks like, but it’s mentioned that Sling TV opens on startup, and there’s a Netflix button baked into that interface. The Play Store is still here, though, so those who buy will still have access to the platform’s growing app store.

Being an Android TV device, the AirTV Mini also has access to Google Assistant with a dedicated button on the included remote. There’s also the ability to use a network tuner with the device over Wi-Fi. Android 9 Pie is also preloaded here, something we’ve not even seen on such flagship Android TV products as the Nvidia Shield.