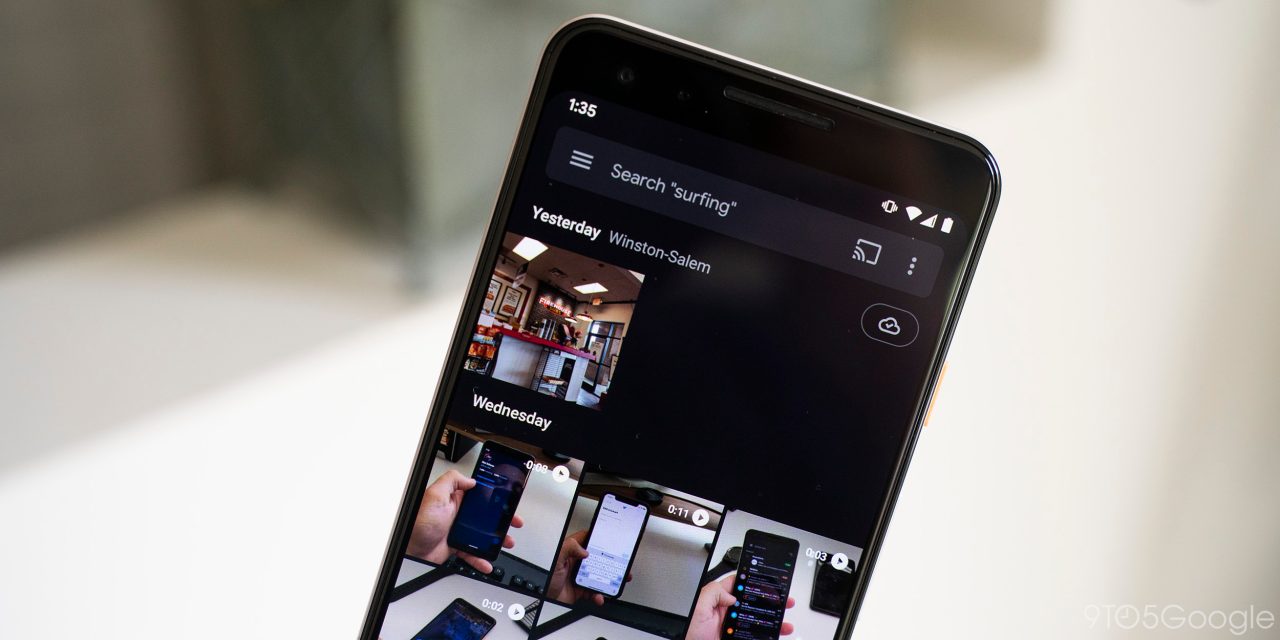 Last month, the Google Photos dark theme began rolling out to non-Android Q devices. The latest feature for the Android client is a live video preview in the main “Photos” tab.

Videos in Google Photos are denoted by a white play icon in the top-right corner of thumbnails that includes clip length. Google Photos 4.20, which rolled out last week, adds live previews as you scroll through your timeline in the “Photos” feed.

The app will run through the entire recording — sans audio — with playback continuing until you scroll pass it. Thumbnails loop after finishing if you keep a video in view. If there are multiple clips side-by-side, Google Photos will play the video previews in reverse chronological order.

These live thumbnails play in both the square “Month view” and larger “Comfortable view,” with the latter providing a better watching experience.

This feature is rather convenient and saves you from having to open and load the entire video. The preview is not limited to local content, with media backed up to the cloud from other devices getting the preview treatment. However, it is only available on the main feed and not in album or search screens.

Google Photos video previews rolled out with version 4.20. The feature has yet to launch on the iOS client. Photos on the web allows users to hover over a video to get a preview, but it does not autoplay like on Android.