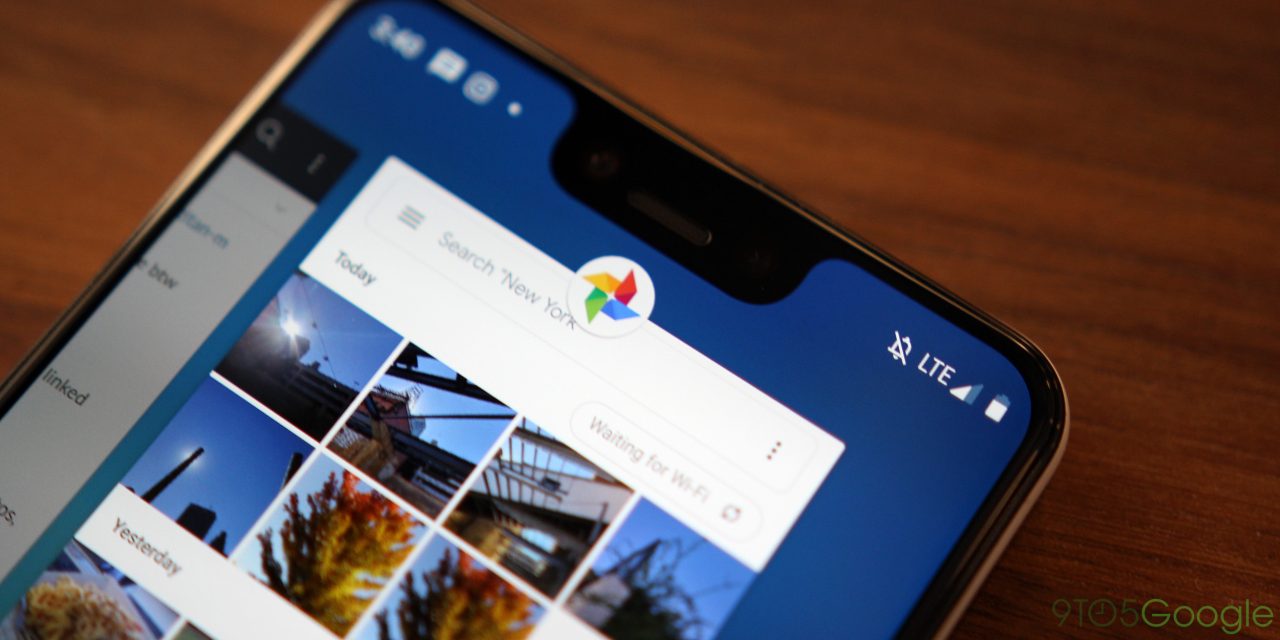 Over the past several weeks many first-party apps have gained dark modes, including Google Calendar and Keep just last month. The latest is now Google Photos, with users on non-Android Q devices notably seeing the darker theme.

Google appears to be expanding the dark mode beyond Q devices to all users. On Pie, many are reporting that it respects the Developer option in settings, with no toggle in Photos to manually enable/disable. A similar situation applies to Google Drive where a dark theme is currently only available with Q.

Like other Google apps, this particular look adopts a dark gray background rather than opting for full black. Both the search field (with merged status bar) and bottom navigation are slightly lighter than the main gallery background.

Given the contrast, your photos have tendency to pop and stand out more when scrolling. The look is thoroughly applied throughout Google Photos, including the navigation drawer, settings, and share sheet. Google Lens appears to be the only major exception.

The Google Photos dark theme is rolling out as a server-side update with the latest version of the app. While several users have the new look, it’s not yet widely available as of this evening.