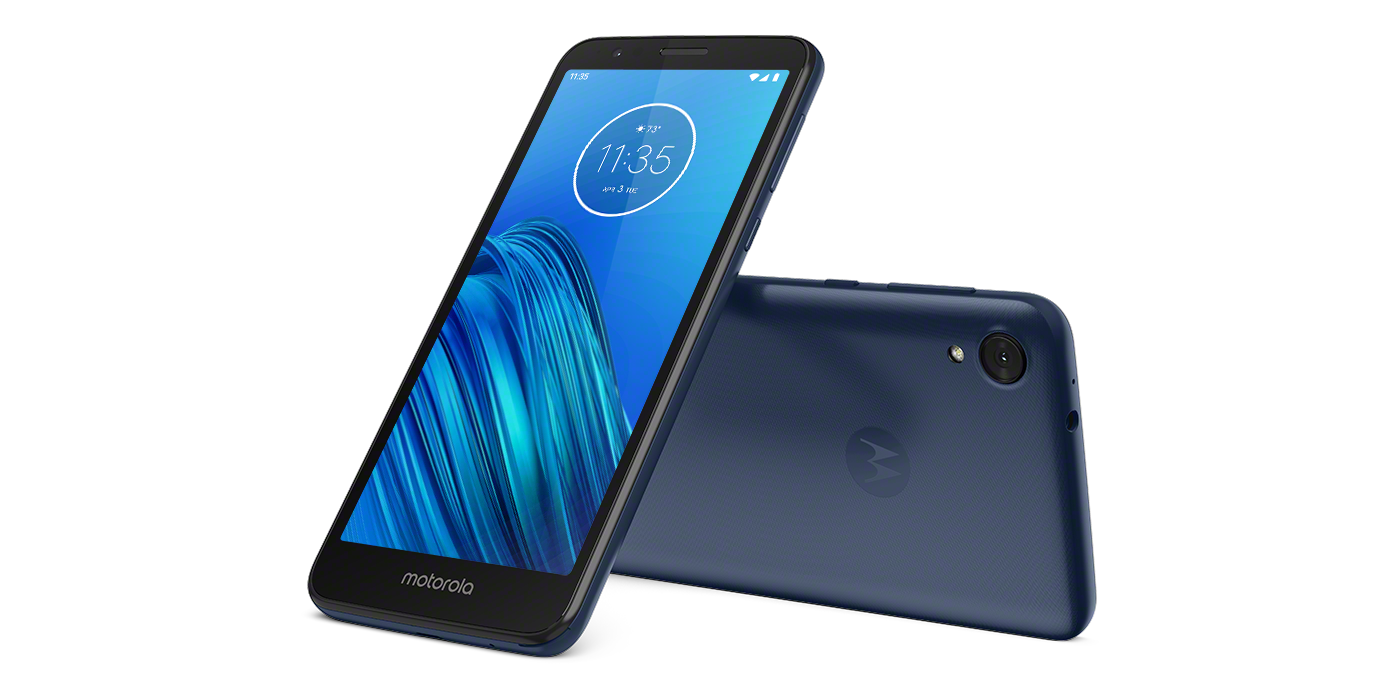 Coming in at $149, the Moto E6 is a pretty average affordable Android smartphone that offers a solid package for its price point. There’s a 5.5-inch HD+ 18:9 display which shows off Android Pie. That includes the typical experience Motorola offers with near-stock designs and useful add-ons such as gestures. For the first time in its E-Series, Motorola is including the “chop-chop” gesture for activating the flashlight.

Powering the Moto E6 is a 3,000 mAh battery which charges over microUSB and a Snapdragon 435 processor. There’s 2GB of RAM alongside the Qualcomm hardware, as well as 16GB of storage (with microSD). There’s also a headphone jack on the Moto E6, and the device has Motorola’s usual water-repellant nano-coating for the Black or Blue chassis.

As for cameras, the Moto E6 offers a 13MP f/2.0 rear camera with an LED flash, as well as a 5MP f/2.0 front-facing shooter. Both cameras can capture Timelapse video, and the rear sensor can shoot video up to 1080p. Motorola is also including a software-based Portrait Mode on both cameras, as well as a “Spot Color” mode.

The Moto E6 launches today in the United States, but only on Verizon for now. Later this summer, it’ll be available in quite a lot of places. Unlocked, the E6 will be at Amazon, B&H Photo, Best Buy, Walmart, and Motorola’s own website. For carriers, T-Mobile, Metro, Boost Mobile, US Cellular, Consumer Cellular, and Xfinity Mobile will all offer the device.