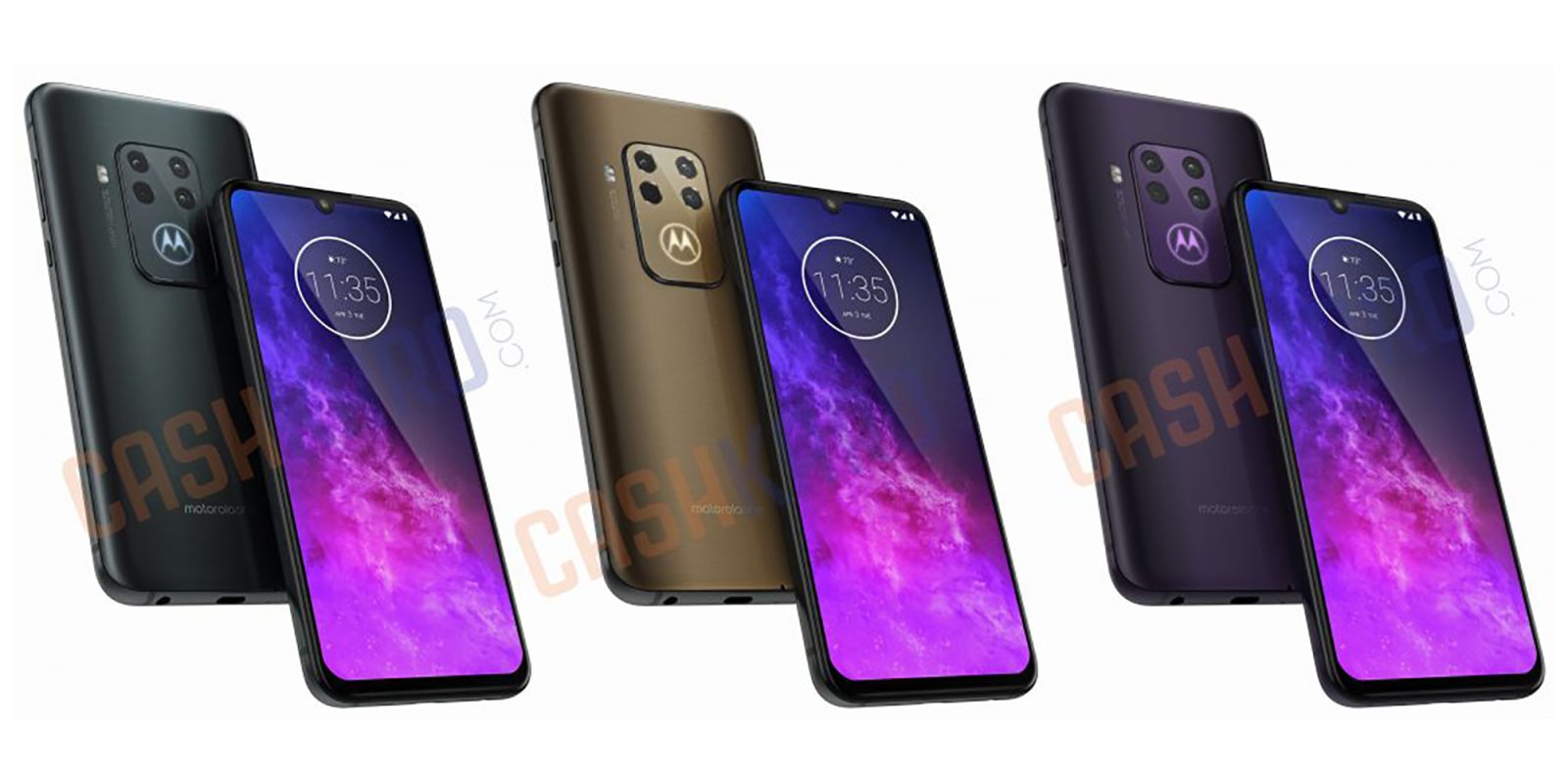 The Motorola One Pro may have leaked previously but it was pretty much a ‘Mystery Moto‘ device with some interesting inclusions. Leaked press renders via CashKaro have since confirmed that this mystery handset is indeed the Motorola One Pro.

We are now afforded a much closer look at the quad camera setup, dewdrop notch, and some of the colors on offer from the device that was due to be called the Motorola Z4.

The Motorola One Pro is set to feature a 6.2-inch display and will measure in at approximately 158.7mm tall by 75mm wide by 9.8mm thick — including the rear camera bump. For audio nerds, the phone will also feature a 3.5mm audio jack and a USB Type-C charging port.

The colors are the biggest addition to the information that we already had. With a purple, green, and sort of bronze-gold finish joining the previously seen silver color.

As for the internals, we’re still in the dark as to what to expect. Although the outer shell does hint at an upcoming 48-megapixel sensor judging by the “48MP” lettering seen right there on the back panel. The rest of the camera setup still remains a mystery, although we’re likely to see at the very least a sensor for better portrait mode shots. Either way, it’s exciting to see a Motorola handset that might actually offer exceptional camera performance — or so we hope.

We’d wager that the Motorola One Pro will no doubt come with mid-range specifications but would love to see a proper out-and-out flagship device from Motorola sooner rather than later. What do you think? Let us know in the comments section below.