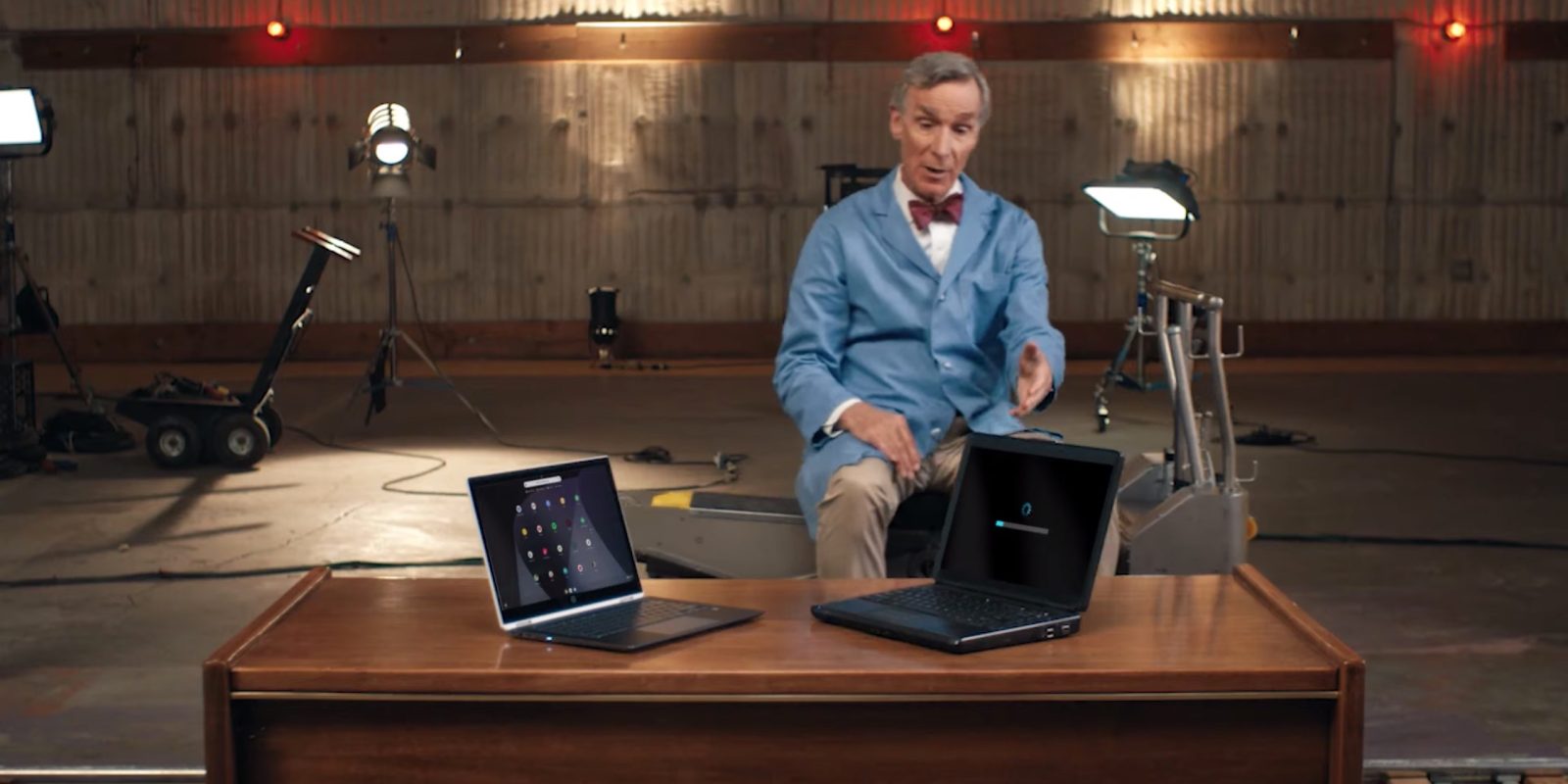 With the Back to School season well under way, Google is launching a new “Switch to Chromebook” ad campaign that features Bill Nye. “The Science Guy” is explaining the human resistance to change in the particular context of getting a new computer that runs a different operating system.

The first ad on the Chromebook YouTube channel is just under three minutes and starts by talking about “fear.” Nye goes on to explain the human brain, the sunk cost fallacy, and status quo bias.

And yet you fear something as small as switching from your old laptop to a new Chromebook. One that boots up as fast as six seconds, the other takes forever. One has built-in virus protection, the other should be quarantined. So why haven’t you switched?

The Switch to Chromebook ad does not namecheck the competitor, but it’s clear that Google is going after Microsoft Windows rather than Apple’s Mac lineup. Chrome OS devices are shown off against a thick and generic laptop. One funny scene shows a car with “WNDWS” license plate that’s literally falling part and kept together by duct tape. The target audience also appears to be college students and their productivity needs.

Technical Chrome OS advantages highlighted include automatic updates, fast boot times, and speedy performance, as well as cloud data backups in case of theft. Google is also trying to counter the narrative that you always have to be connected by touting offline Netflix though the app, though Android is not mentioned.

It ends on “Remember when we overcome our fears we can accomplish great things. So don’t let fear win, switch to Chromebook.” During the campaign, the Dell Chromebook 14, HP Chromebook 15 G1, and Samsung Chromebook Plus are present.

Switch to Chromebook will be promoted on YouTube’s home page, and other social media channels including Google’s and Bill Nye’s. The series also features non-Bill Nye the Science Guy ads that are shorter: 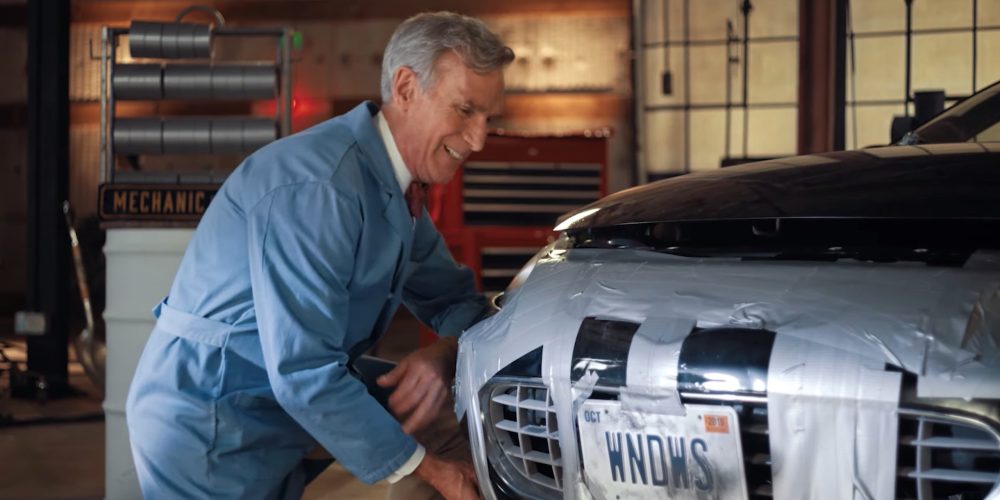