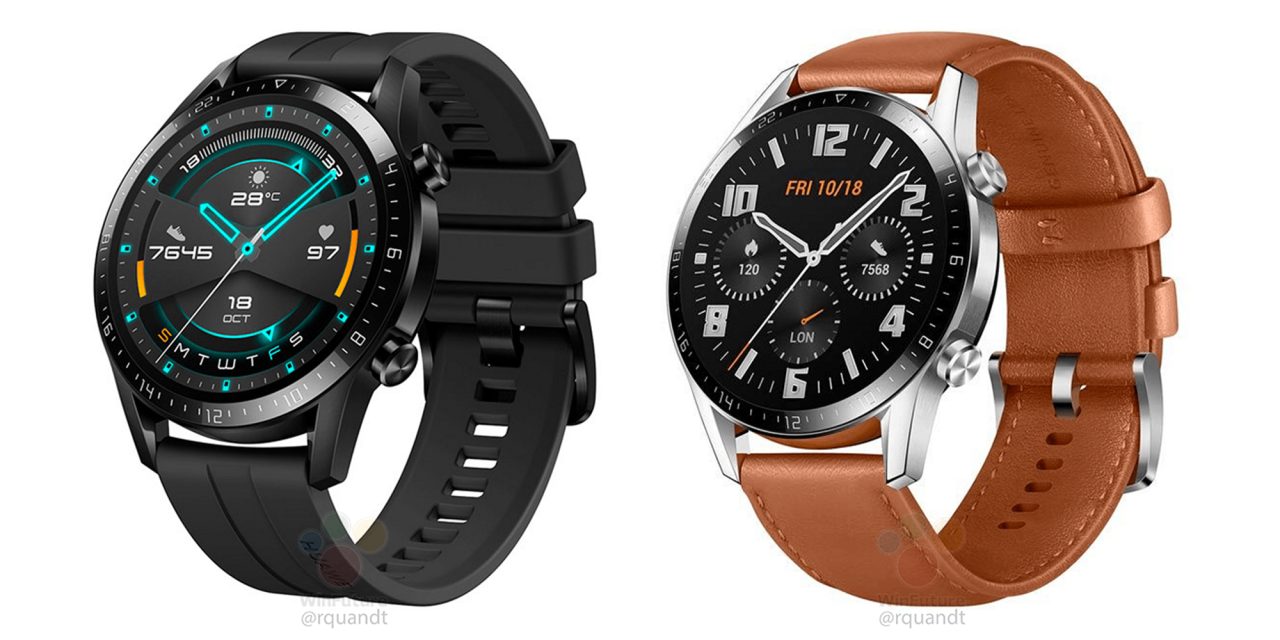 Leaked press images have given us a closer look at the upcoming Huawei Watch GT 2 smartwatch ahead of a global reveal later this month.

A relatively modest update of the original LiteOS smartwatch released in fall 2018, this could potentially be the first Huawei smartwatch to come with HarmonyOS. The leaked press images have come courtesy of WinFuture’s Roland Quandt, and show the slightly updated design and more compact shape.

Because there is no reliance on Wear OS, the Watch GT 2 can launch without the issues associated with the Mate 30 series that are set to be released soon. The GT 2 will get a battery bump to 445mAh. When you consider that the previous model could last as long as two weeks in between charges, the new model could extend that lifespan even further.

The display also looks to have increased in size but with a slightly slimmer crown than on the previous model. As for the design, it appears that the Watch GT 2 will come in two distinct versions. One looks to be a more sporty option, while the other has a more ‘classic’ style with a leather strap. Quandt also notes that there are some other hardware upgrades, with an integrated microphone and speaker in this new version. That definitely points to the ability to make and take calls right on your wrist. 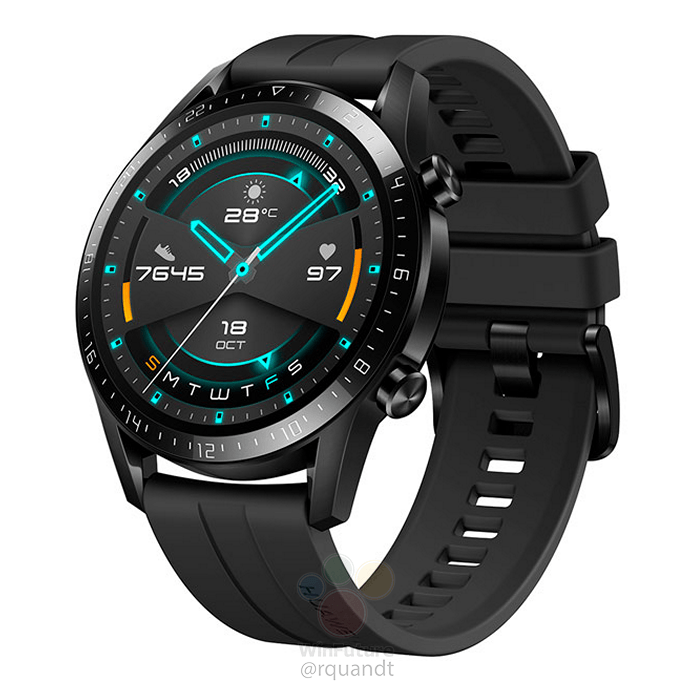 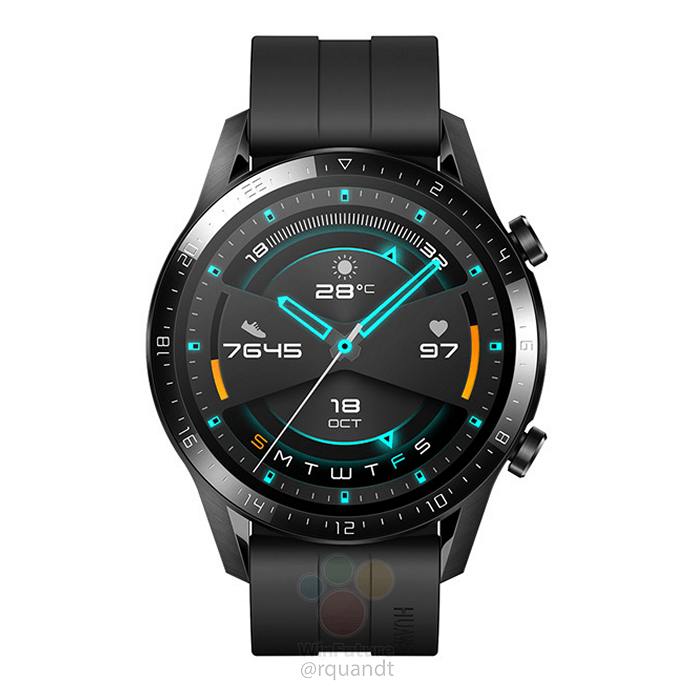 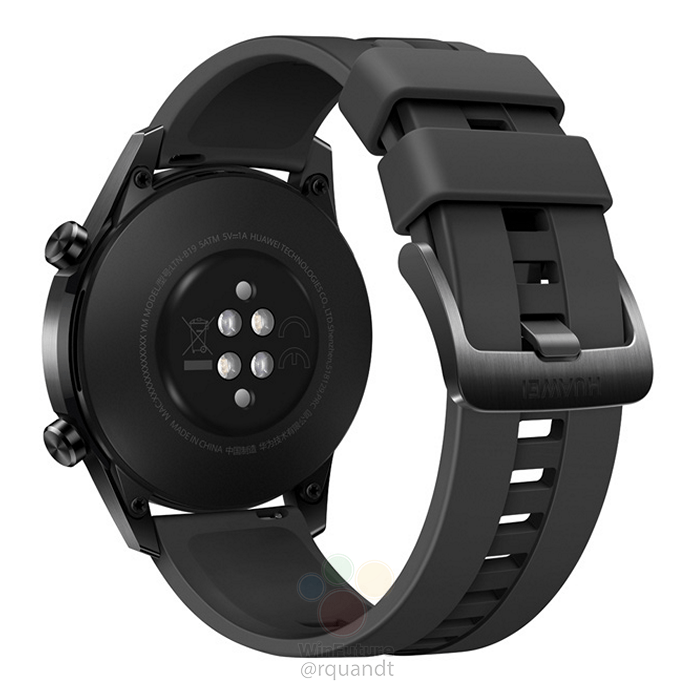 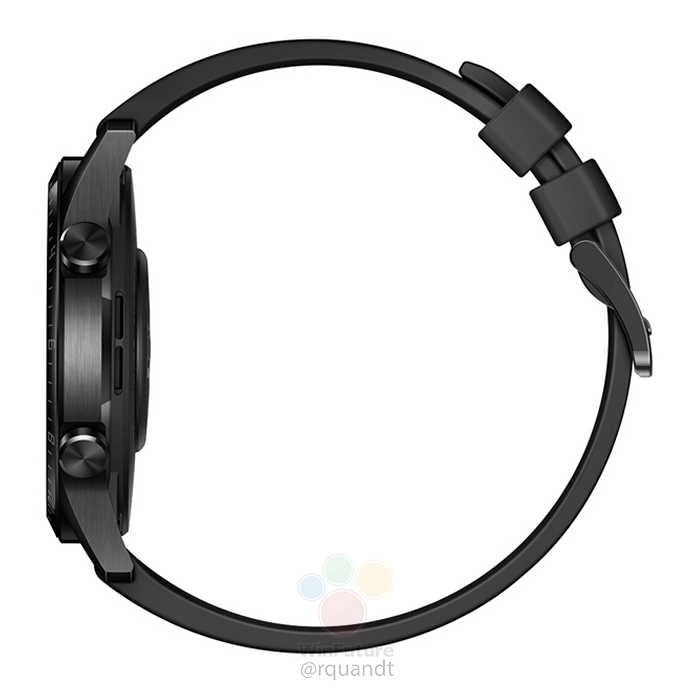 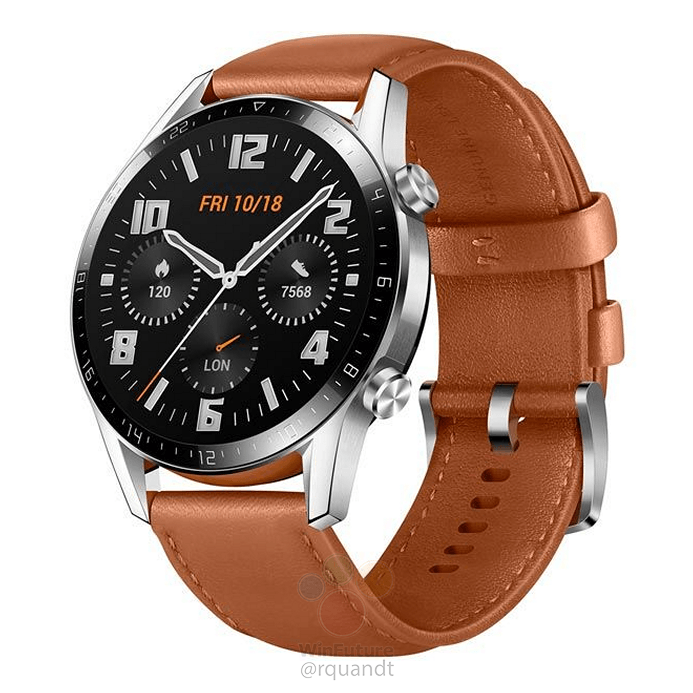 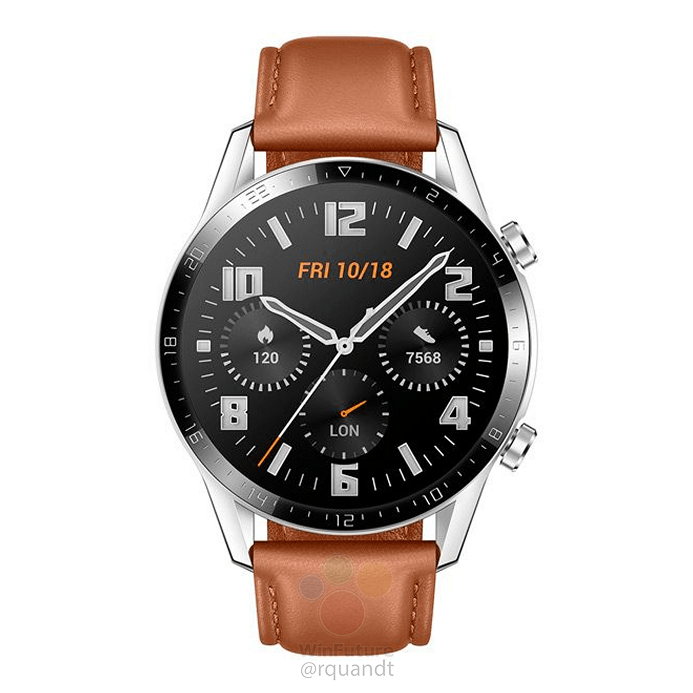 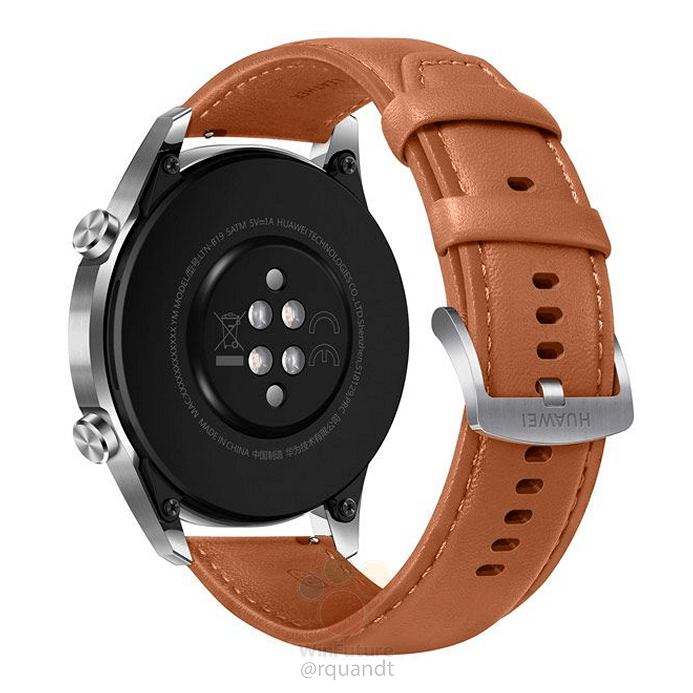 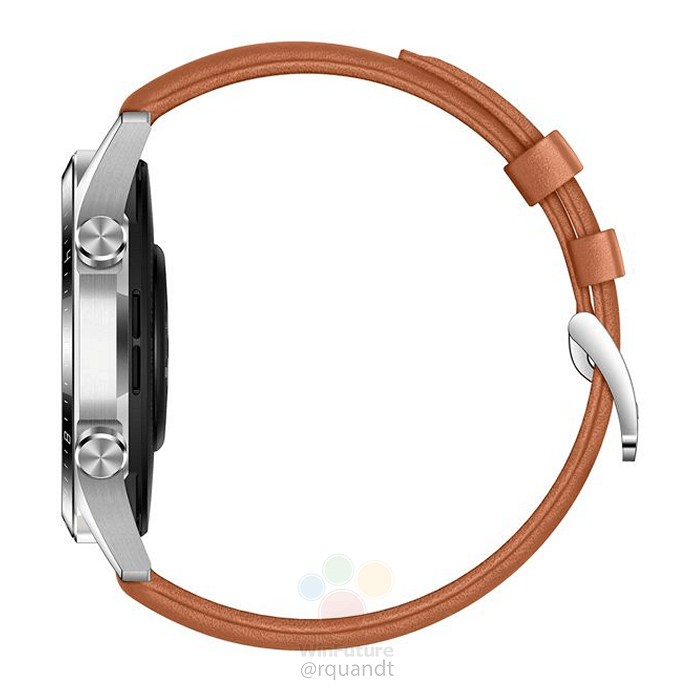 The Huawei Watch GT 2 leaks don’t confirm if we may see an LTE-enabled version of this time around though. That said, the integrated GPS and optical heart rate monitor return from the original version for better exercise and sports tracking.

We expect the Watch GT 2 to be unveiled alongside the upcoming Mate 30 series but due to the Android issues, Huawei may potentially push the smartwatch launch to IFA 2019 — which is mere days away.