A new report from tech research firm Counterpoint Research has shown that Nokia is at the top of the global rankings when it comes to Android software and security updates.

It’s worth noting that Counterpoint Research doesn’t include Essential or OnePlus within these Android update rankings. This list only ranks the efforts of the top 10 global manufacturers. This means that due to sales figures, OnePlus and Essential are excluded — despite having a good update track record.

Updates are always a sore point when picking up a phone from anyone other than Google on the Android side of the fence. Google has tried to help fix this issue by pushing fixes directly through Google Play Services, with Project Mainline and Project Treble also aimed at helping to improve the Android update rate. Third-party OEMs are still heavily responsible for pushing out updates on time or in good time, though.

The new report shows that the Android share for third-party manufacturers is still dominated by Android Nougat. Nokia has managed to get 96% of its lineup up to date from Q3 2018 to Q2 2019 with the latest full release — Android Pie. Considering that almost all Nokia phones are part of the Android One program, it doesn’t come as that much of a surprise, but it is still superb for buyers and fans alike. South Korean giant Samsung is second in the rankings, with 89% of its device running the latest full version of Android. 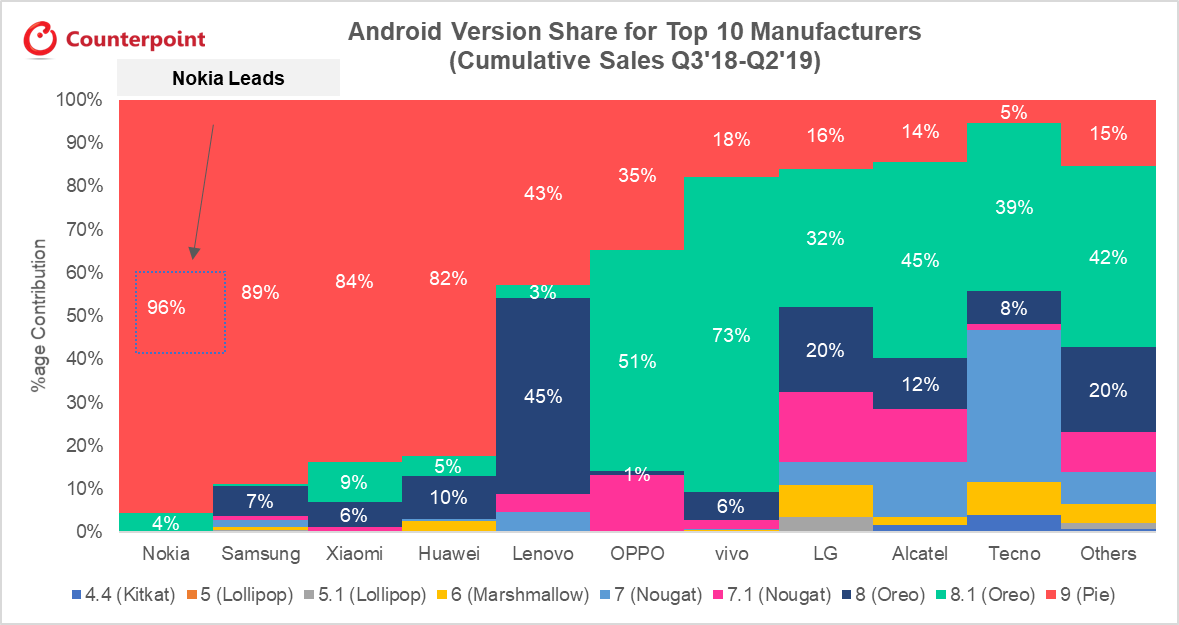 Xiaomi and Huawei have managed to get 84% and 82% of its smartphone lineup updated to Android Pie during the same period. With Huawei tackling the US government and facing an Android ban, we’re not sure how that picture could look in 12 months’ time.

It should probably come as no surprise that LG is lagging behind the leading pack. We complain constantly about LG’s ability to keep its devices up to date, and it’s with good reason. Just 16% of LG smartphones are running Android Pie. This fact alone makes it very hard to recommend picking up an LG phone if updates are important to you. 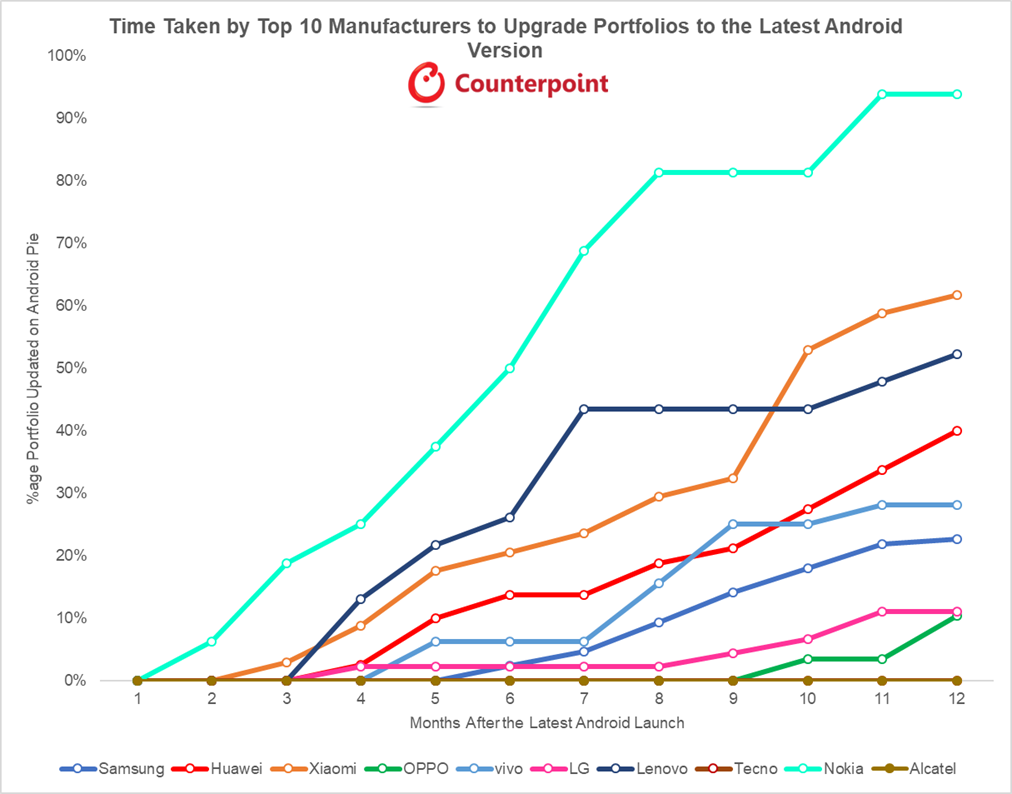 Nokia is also leading quite substantially in update speed, too. Counterpoint notes that Nokia managed to update 50% of its phones shipped within the previous year to Android Pie within just six months. Considering Pie has been available for a year at this point, it’s disappointing to see that only three firms — Nokia, Xiaomi, and Lenovo — have updated more than 50% of their lineups to the latest software version.

One explanation could be that companies are simply updating their flagship devices to the latest OS. When many firms ship more mid- to low-end devices, that ends up leaving large customer bases with old software. That puts into perspective just how well Nokia has been doing in keeping devices up to date and secure.