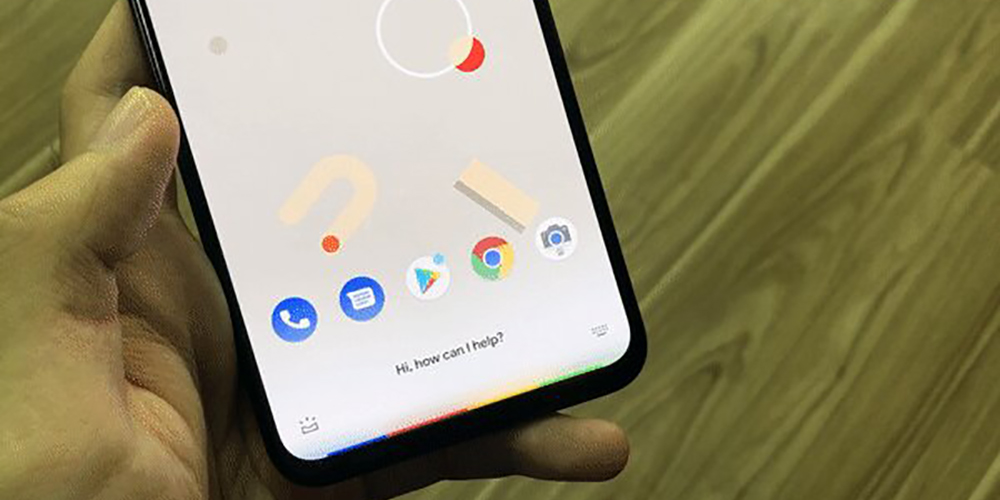 At this point, we’ve probably seen enough of the Pixel 4 to bring you a full review. That said, a new leak has given us a closer look at the new Pixel 4 Assistant UI, Pixel Themes, and the new Face Unlock setup in action.

This leak comes courtesy of Genk.vn (via Android Police) and confirms a ton of the other info that we’ve seen all throughout the tidal wave of leaks and hands-on videos this week.

A retailer in Hanoi is apparently already selling nearly-complete device samples right from the production line. Which is likely why we’re seeing so many leaks coming out of Vietnam this year rather than Ukraine and Russia like with the Pixel 3. That does make sense as Google has been moving production out of China to Vietnam — although we had believed that production would start with the Pixel 3a.

The new Assistant UI appears to be cut down quite extensively on this Pixel 4 model, the larger current pop-up being removed in favor of a more minimal pop-up that takes up a much smaller portion of the lower half of the display. It’s unclear if this will come to older Pixel models with an update.

We also get a much more extensive look at the new Pixel Themes screens, the camera settings, Smooth Display toggle, and a few more bits and pieces here and there. Obviously, the headline new tidbit is the setup procedure for the brand new Face Unlock mode.

Pixel Themes looks as though it will give you much more control over how your device looks, with text and icon set combos to choose from. The Pixel Themes app looks to offer four preset options to begin with: Default, Crayon, Collage, and Ash. This expands upon the Theming options which are included within the Developer Settings on Android 10.

Update: Oh look, another leak! A further hands-on video has given us a clear walkthrough of the new Pixel Themes and shows us the new front-facing camera quality. Check it out below.

Genk also shows us the new Face Unlock in action on the Pixel 4. It mimics the same setup procedure as found on the iPhone X, and has you rotating your face to enroll a likeness for secure unlocks — and hopefully secure payments. Check out the neat little gif below to see it in action.

While we’ve seen most of the specs already, this leak also confirms all of the previously seen internal specifications once more — in case you missed it the first, second, and third time.

At this point, there isn’t a great deal more to glean from the leaks but we’ll be sure to sift through and give you all the minutiae should the deluge of Pixel 4 info continue to be drip-fed from the Far East.