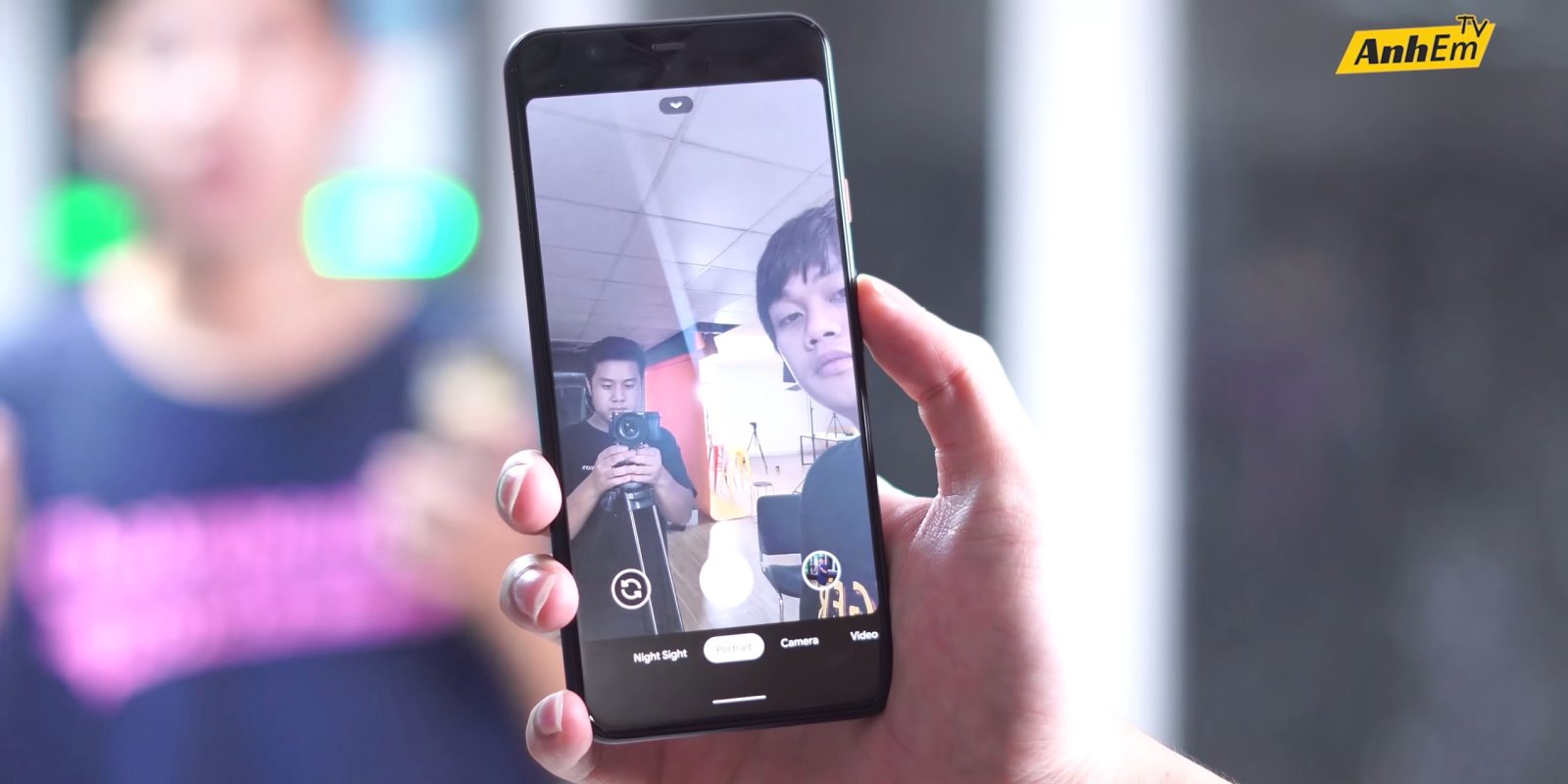 The latest Pixel 4 leak today is from a Vietnamese YouTube channel that provides a high-quality hands-on with the Made by Google flagship. We have a good look at the redesigned Google Camera app and new “Screen attention” feature.

Posted by AnhEm TV today, the over six-minute hands-on is in crisp 4K resolution. We get another good look at the ‘panda’ white variant with shade-less glass panel, but black front and frame. The sides of the phone have a clear matte texture to them for improved grip while the power button is orange.

This hands-on Pixel 4 leak spends a lot of time on the Google Camera. Still in dogfood, as evident by the paw icon, it’s buggy a month before launch, while the “More” tab is not yet filled out with existing or new features. This is our clearest look at the cleaner UI that moves the carousel of modes to the bottom of the screen and has the shutter button just above.

Meanwhile, the top bar for timer, Motion, and flash is hidden behind a pulldown pill. A very nice detail is how the camera viewfinder has rounded corners to match the actual contours of the physical display.

Speaking of the screen, this Pixel 4 leak hands-on provides a look at the toggle for Smooth Display that “dynamically adjusts the refresh rate between 60 and 90 Hz.” Google warns of “Increased battery usage.”

Display settings reveal a new “Screen attention” functionality that briefly appeared with Android Q Beta 4. According to strings, it uses the camera to prevent the screen from turning off when you’re looking directly at it. There is also “Ambient EQ” that “Dynamically adjusts the display based on surrounding light levels.” Lastly, there is a combined “Styles & wallpapers” menu item on this page.

The app list on this Pixel 4 shows a Recorder app with red icon and sound waves. It appeared on a previous leak, so it’s not clear whether there is a new stock app or just for early units.