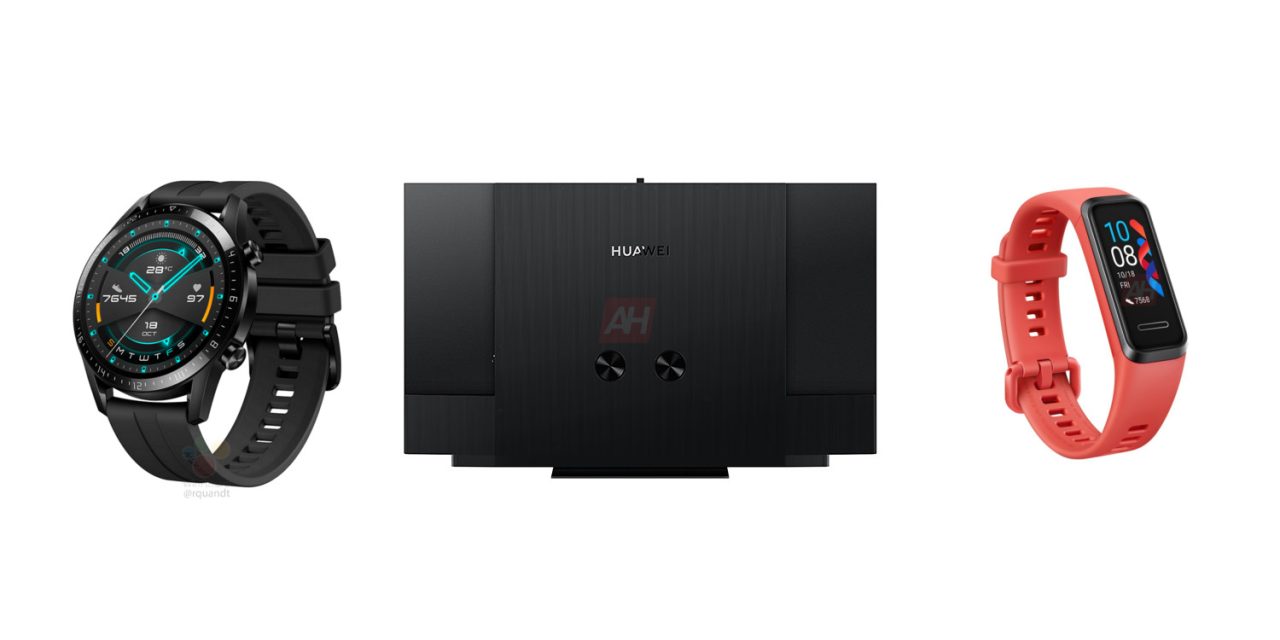 Landing between last week’s iPhone 11 event and next month’s Made by Google hardware event, Huawei is launching a variety of products including the thoroughly leaked Mate 30 Pro at a hardware event this Thursday. Ahead of that event, full details and images have leaked about almost every device Huawei intends to unveil.

Our Damien Wilde will be on-site at the Mate 30 Pro launch in Munich to provide hands-on videos and in-depth coverage of everything Huawei has to show us. In the lead up to that, the folks at Android Headlines have uncovered a veritable treasure trove of information about Thursday’s Huawei event, including renders and live images of devices, including the Watch GT 2, a Huawei-branded TV, and a fitness tracker.

We’ve known about the Huawei Watch GT 2 for a few weeks now, since press images leaked out showing the new watch at all angles. Today’s leak shows us that our understanding of the Watch GT 2 was limited, however, as we now know there will be a second, smaller size of the smartwatch. 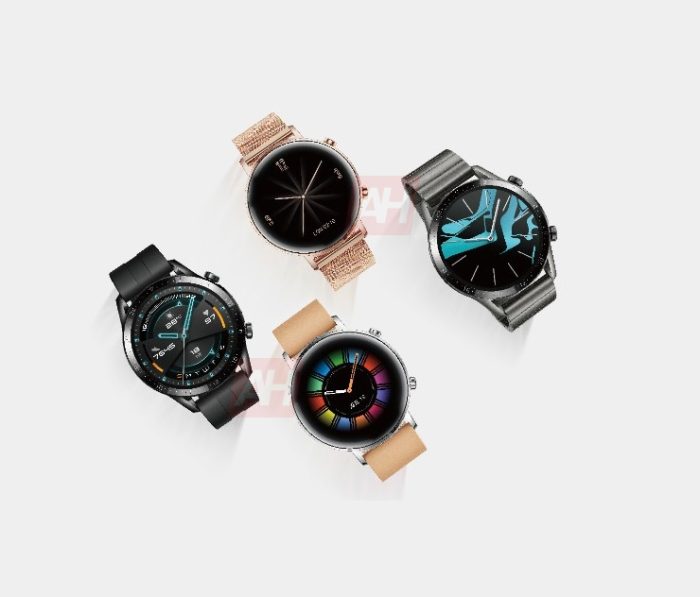 According to the leaked info, the smaller model will feature a 1.2-inch, 390×390 resolution display, compared to the larger model and the original Watch GT, which both feature a 1.39-inch, 454×454 display. Size differences aside, both models of Watch GT 2 will reportedly feature the Kirin A1 co-processor chip found in the Huawei FreeBuds 3. No word yet on the underlying SoC being used.

Other features include GPS, gyro sensor, geomagnetic sensor, air pressure sensor, and an optical heart rate sensor. Both versions of the watch are also 5ATM certified with protection up to 50 meters.

We had previously speculated that these watches may be running on Huawei’s HarmonyOS, based on earlier reports of a HarmonyOS watch being in development. Today’s leak doesn’t make that point any clearer, unfortunately.

Elsewhere on the HarmonyOS front, it’s been confirmed that Huawei will demonstrate a self-branded TV at Thursday’s event, built on the new operating system. This isn’t the first HarmonyOS TV, however, as Huawei has previously announced that TVs from its Honor sub-brand would also be HarmonyOS-based.

Like the Honor Vision Pro, the Huawei TV will feature a pop-up camera at the top of the screen, and Huawei has also opted to include what appears to be a soundbar along the bottom of the display. This should make for dramatically improved audio quality. Android Headlines could confirm that there will be at least one model available in 4K Ultra HD.

To compete with the likes of the Samsung Galaxy Fit and Xiaomi Mi Band 4, Huawei is reportedly set to reveal a new model of fitness tracker. While no name for the device was able to be confirmed — outside of a codename, “Andes” — it’s possible this will be branded the Huawei Honor Band 4 Pro.

Bizarrely, it’s been noted that this Huawei fitness tracker seems to charge via a USB connection that appears to be hidden by the band. This should imply that the band itself will be replaceable, but also draws questions of how inconvenient it might be to charge.

Android Headlines was also given the impression that Huawei’s MediaPad M6 tablet will be on showcase at Thursday’s Huawei event, despite this device having already launched in China. Considering the event is taking place in Munich, Germany, we’ll most likely be seeing the Huawei MediaPad M6 reach global markets soon. 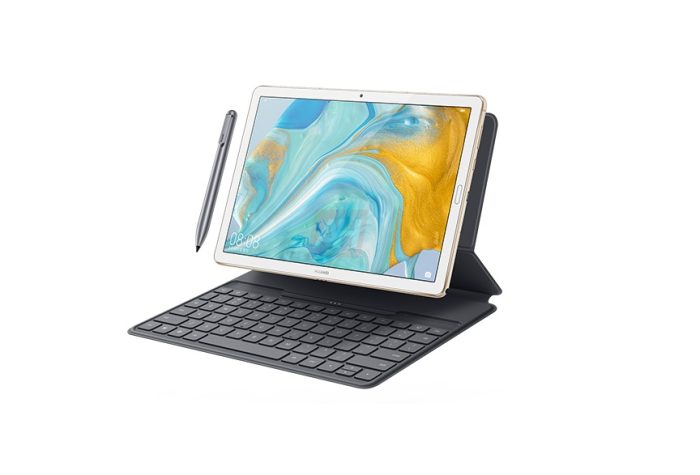 Given Huawei’s recent troubles with the US government, this Android tablet, like the Mate 30 Pro, likely will not ship with any Google services on-board.