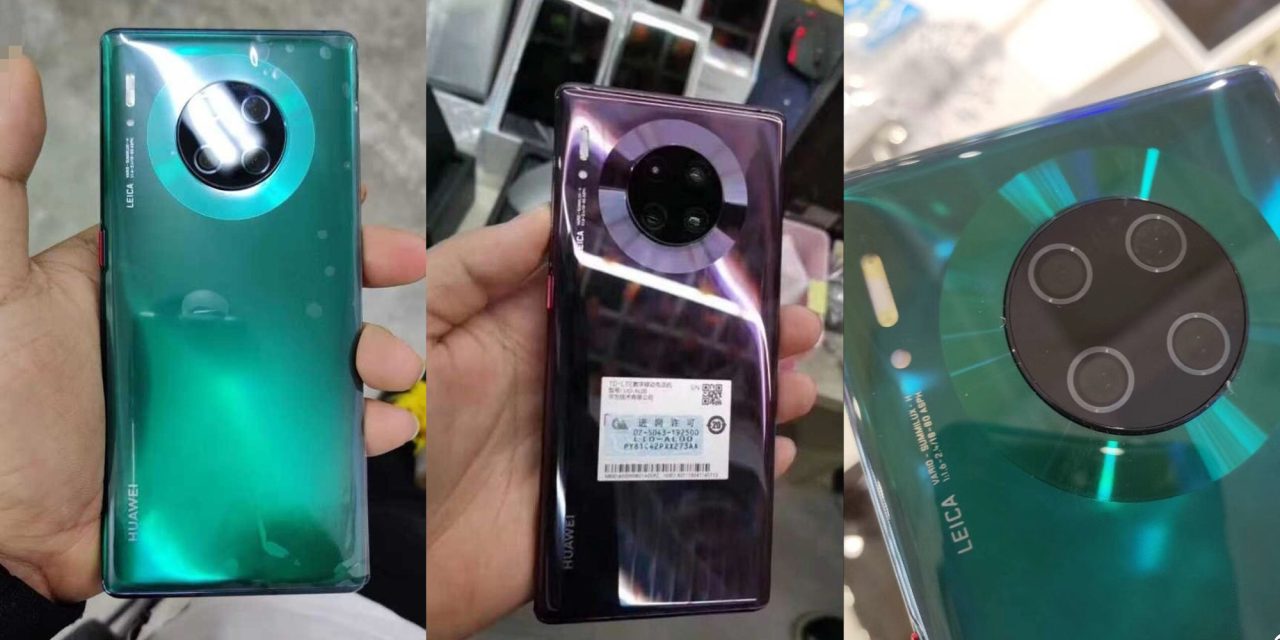 Although that is great, it’s still unclear if we will even see the Mate 30 series outside of China due to the issues surrounding Android licenses. The Watch GT 2 though is a different proposition, the first smartwatch was a resounding success, despite being a very cutback experience.

The images were initially shared on Chinese message boards, with the Watch GT 2 having been shared over a week ago on the Club Huawei forums and gone almost unnoticed.

[Update 09/17]: So after the deluge of images, we’ve now got a trickle of videos of the new Mate 30 Pro, with an unboxing which was originally posted over on TikTok, and over on YouTube someone has posted a super-short hands-on showing the size in relation to the iPhone XS Max.

Like we already said, expect leaks to ramp up as we get closer to the official launch event on Thursday — which we’ll be at to give you our hands-on impressions of the upcoming Huawei flagship.

As you can see from the headline Mate 30 Pro, it corroborates the previous leaks and matches the renders we saw just yesterday. That circular camera array and etched bezel around it looks incredibly striking. There is even room for the red sleep-wake button as seen on last years superb Mate 20 Pro.

Another post on Weibo also shows the entire color lineup of the Mate 30 Pro alongside what looks like dummy models of the standard Mate 30 and Mate 30 Pro side-by-side comparing the display notches. 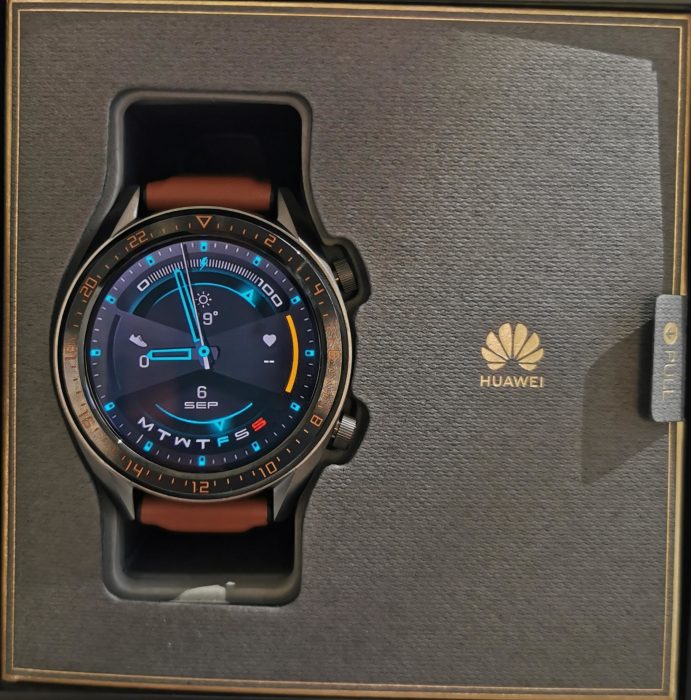 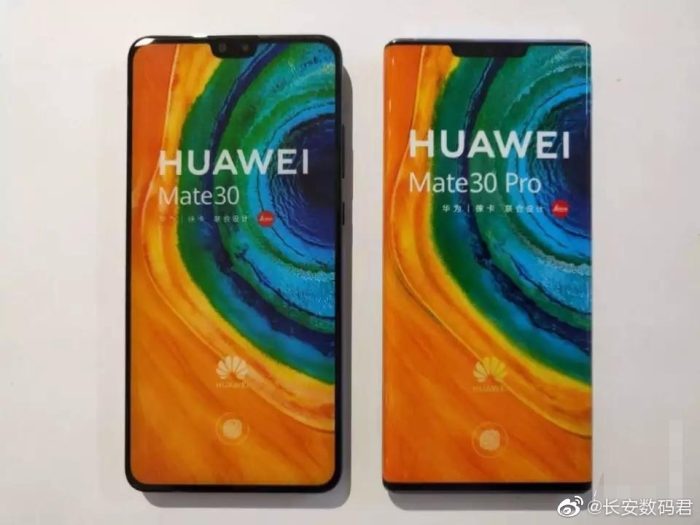 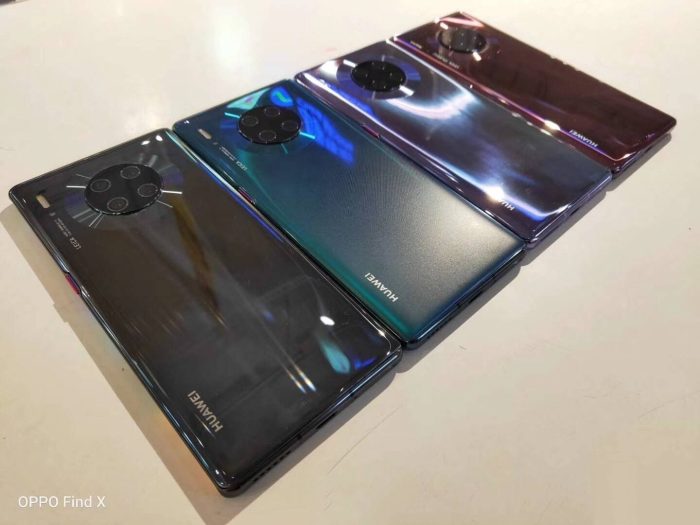 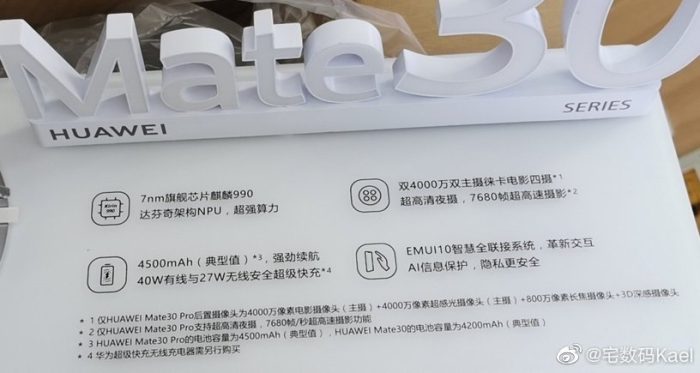 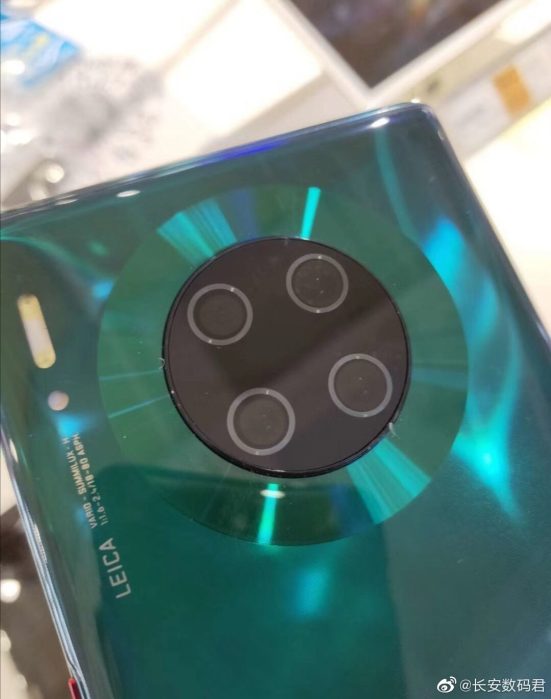 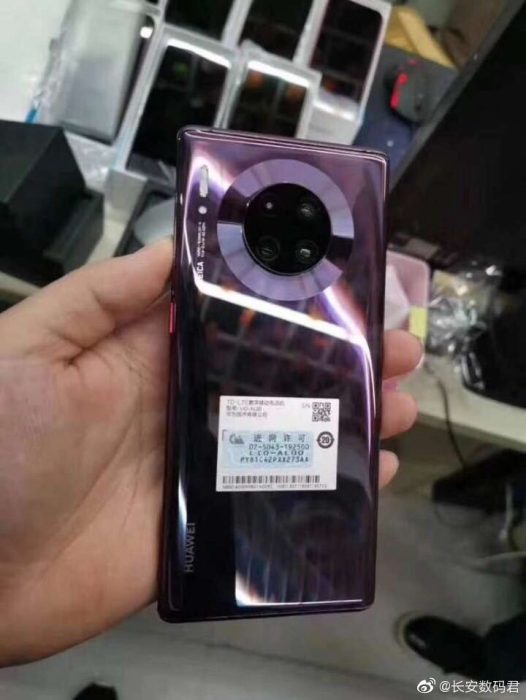 The Watch GT 2 looks to have had minor aesthetic changes including removal of the minutes from the outer bezel. Instead, it has the clock times etched, because of this, it’s unlikely that the bezel will be able to rotate. That matches with the hints Huawei Mobile has already dropped over on Twitter and the previous renders we’ve seen, with this model having a lighter leather band and deeper gray crown.

Given that we are so close to the official launch, we do expect to see more Huawei Mate 30 live images being drip-fed over the coming days — such is the leak cycle.