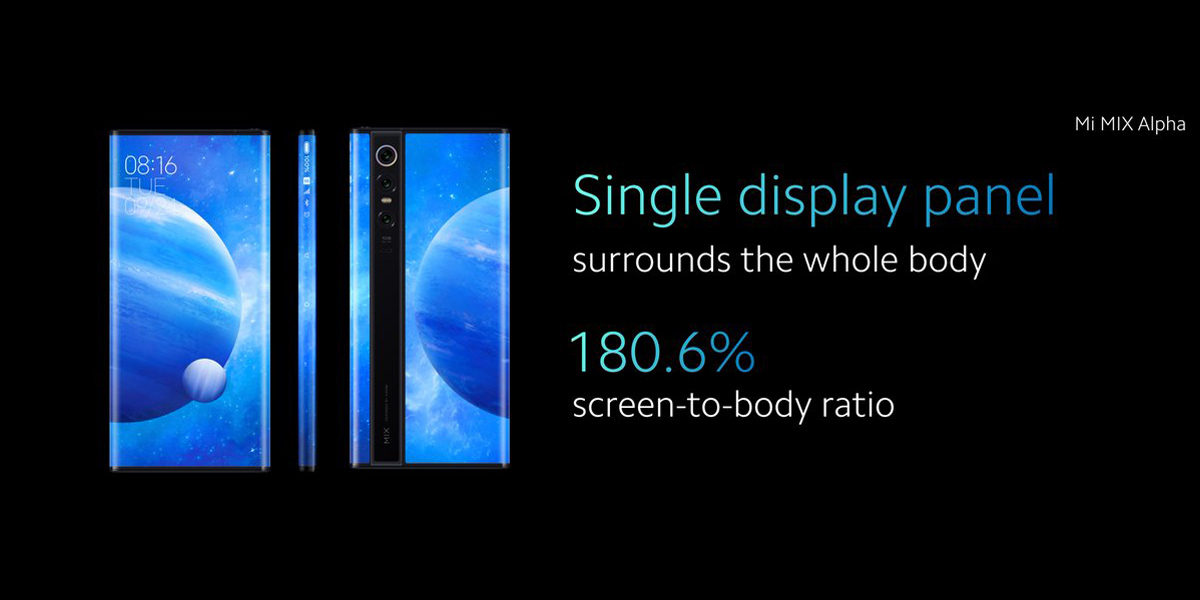 Yes, you’re reading that right. The recently announced Xiaomi Mi Mix Alpha has a frankly ludicrous wrap-around display that results in a mammoth 180.6% screen-to-body ratio — so much for folding displays.

Announced as a surprise extra at the Xiaomi Mi 9 Pro 5G launch, the Mi Mix line has always represented a “testing ground” for wacky designs and insane tech. The “Surround Display” is made from a 4D curved glass for an almost bezel-less experience.

Not only does it include that ludicrous front-to-back display, it also has a 108-megapixel camera on the back. This also doubles as the selfie camera, meaning that the Mi Mix Alpha should be one of the best for those taking pictures of themselves at arm’s length.

During the keynote, Xiaomi stated that the Mi Mix Alpha will use AI and specially designed embedded sensors to prevent unwanted display touches, swipes, and taps along the edges and rear of the phone.

At the back, the camera setup is arranged in a linear strip formation. It looks very similar to a closed Huawei Mate X foldable. When taking a selfie, you simply rotate the display and the rear portion of the screen then shows any UI elements and more. The triple camera setup consists of a 108-megapixel main sensor, 20-megapixel ultra-wide angle and 12-megapixel telephoto zoom lens.

Xiaomi has been clever to call this a “concept smartphone.” That means that we might not even see the phone gain wide availability. The company has set the price at around $2,800 when converted and will only be made in “limited runs.”

That said, this is one of the most intriguing smartphone designs of the year so far. Let us know what you think of the Xiaomi Mi Mix Alpha in the comments section below.